Advertisement
Home / Opinion / Close down all the fountains

Close down all the fountains

They have no place in today's world, which is hurtling towards water shortage 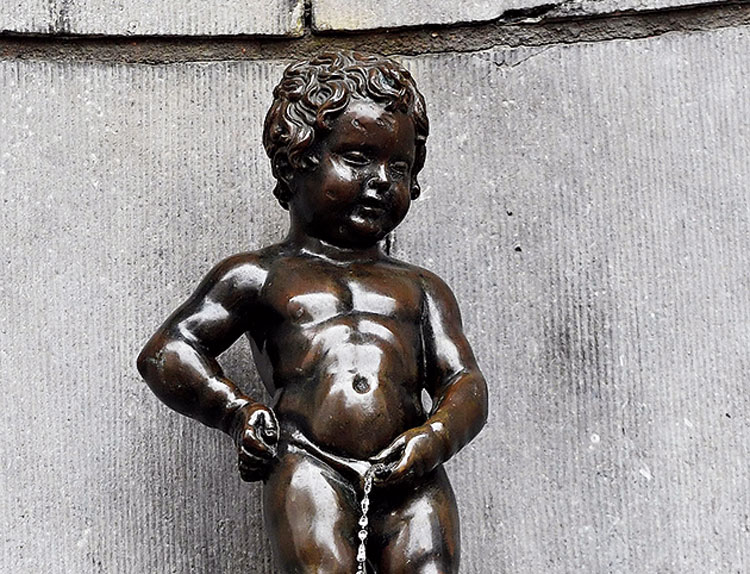 Sir — Belgian authorities have rightly altered the mechanics of Manneken-Pis, the famous pissing boy who symbolizes going with the flow. The water that comes out of his bronze bladder will now be recycled back into it. The decision was taken after it was discovered that faulty plumbing was causing a wastage of 2.5 tonnes of water per day. The decision should have been taken long ago. Fountains are things of the past. They have no place in a world that is hurtling towards water shortage. Existing fountains should be closed. Water is a necessity, it cannot be wasted for idle amusement.

Sir — A pregnant sperm whale recently washed up dead on a beach in Sardinia, Italy (“Plastic kills heavily pregnant whale”, April 3). Researchers from the Scientific Education and Activities in the Marine Environment group in Sardinia were shocked to find that the whale’s digestive tract was blocked with 22 kilogrammes of plastic waste. It is unfortunate that not only did the waste kill the mother but also took the life of the unborn calf that she bore within her.

But one does not need to go as far as the shores of Italy to witness the poor conditions of the oceans and seas. A walk along the beach in Digha or Puri can be insightful; bottles, cans, bags, lids and straws are just some of the plastic waste that is strewn as far as the eye can see. Remains of animal carcasses, including small sea creatures, are known to have been spotted as well. Worryingly, the majority of plastic pollution is not ordinarily visible as it lies within the heart of the oceans and seas. A large portion of this is microscopic and marine animals like sea turtles often mistake such waste as food. Ingesting these particle lead to blocked digestive system and, eventually, death. Marine animals can also become entangled in a variety of ocean debris including fishing nets, lines and lures, leading to fatal injuries.

Going completely plastic free all at once is challenging. But a lot of the plastic consumed is avoidable. Saying no to straws, buying in bulk and carrying reusable grocery bags are just a few of the many ways in which we can cut down on the amount of plastic that we consume.

Sir — Humans, the species with the gift of intelligence, are polluting the oceans and the seas with both solid and liquid waste. This creates havoc for aquatic animals. Recently, a pregnant whale died after consuming 22 kg of plastic waste. Just before that, a little earlier this year, two other died owing to consumption of plastic waste. It is selfishness that has been gifted to humans, not intelligence. They have little sympathy for animals and for the ecosystem.

Humans are indiscriminately destroying water bodies; oceans are choking with garbage. On land, man-animal conflicts are on the rise. As many as 36 vultures died last year in Assam after consuming a poison-laced carcass.

One wonders what the agencies tasked with protecting the ecosystem and, more important, governments are doing. We should take care not to dump waste just anywhere. Deforestation is what leads to man-animal conflict; it should be arrested at the earliest. Humans should make an attempt to save the planet before it is too late.

Sir — It is indeed surprising that the Dalai Lama has not got his due in India (“A shared admiration”, March 30). Although the Dalai Lama has been conferred the Nobel Peace Prize and Time magazine named him one of the “Children of Mahatma Gandhi” and his spiritual heir to non-violence. Why then has he not been honoured with India’s highest civilian recognition? India is not afraid of confronting China on a variety of issues. Why is it hesitant to stand up for the octogenarian monk.

Moreover, Chinese people should put pressure on their government to liberate Tibet. What about the huge Buddhist population in that country? Surely being followers of Gautama Buddha they would stand up for their Tibetan brethren?