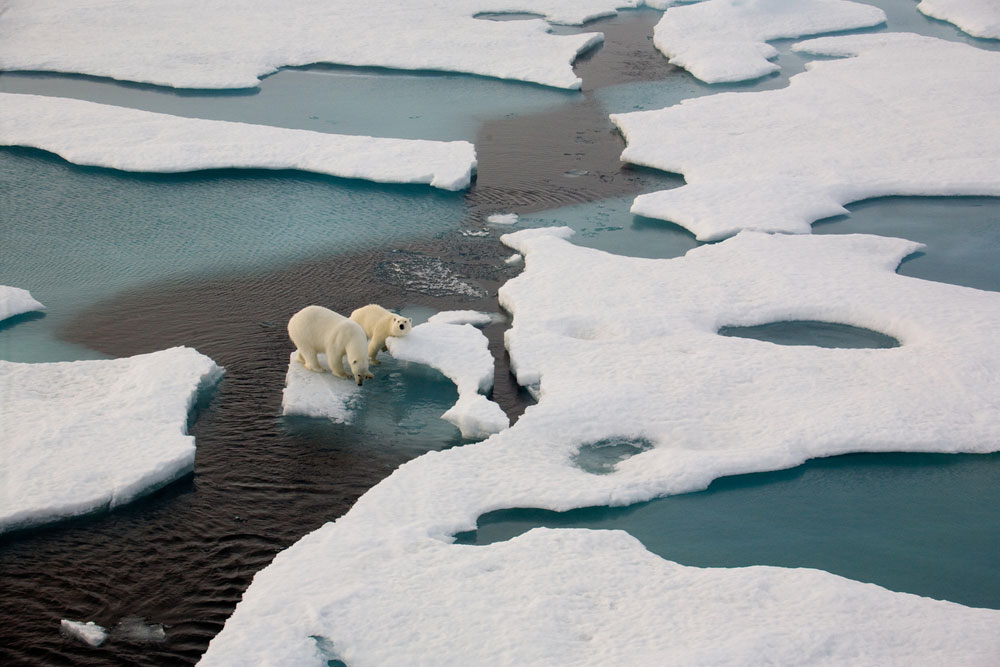 The effects of global warming or climate change include rising air and water temperatures, loss of sea ice, and melting of polar ice caps
(iStock)
The Telegraph   |   Published 03.02.19, 06:30 AM

Sir — The editorial, “Misadventures” (Jan 29), was thought-provoking. Arun Jaitley should stay out of the matters of the Central Bureau of Investigation. Jaitley was apparently unimpressed with the breadth of the CBI’s probe into the ICICI case; he termed it a case of ‘investigative adventurism’. Strangely, Jaitley did not seem to have similar concerns in the past when questions were raised about the CBI’s investigation of the 2G spectrum case or the Aarushi Talwar murder case, which invited censure even from the courts.

The Bharatiya Janata Party-led government is not the only one that has been accused of using the CBI to settle political scores. What is worrying is that the actions of the CBI seem to be perennially suspect. Countries where investigative bodies have a high rate of success generally have fewer law and order problems. If India is to have a robust justice system, the CBI needs to get its act together fast.

Sir — The ‘adventurism’ of the CBI that has upset Arun Jaitley is nothing but the agency’s effort to save its face. The recent internal bickering and the doubts about its investigations over the years have tarnished the image of the CBI. The promptness and scope of its investigations into the ICICI scandal seem to have been motivated by this. The CBI’s priority should be to increase conviction rates, irrespective of whether the matter is in the news. This will help restore its credibility in the eyes of the public. There is no other way to get rid of the ‘caged parrot’ tag.

Sir — There has been an unusual haste recently to throw up stellar findings in certain cases being investigated by the CBI. This could be an effort to divert attention from the Rafale scandal that has marred the image of the government as its term draws to a close. The CBI should be equally prompt about the shadow of doubt over the defence procurement deal. Much is being said about the ICICI case. The CBI must keep in mind that the 2G spectrum case was dismissed by courts for being high on conjecture and low on evidence.With the general elections round the corner, the government would no doubt be eager to show that it is serious about tackling corruption. But if this costs the top financial institutions their credibility, what will it do about the ‘ease of doing business’ in this country?

Sir — Last year, West Bengal topped a list in the east when it comes to marrying off girls before they turn 18. It is thus heartening that a 16-year-old girl from Sonarpur fled her home hours before her wedding, travelling to a police station to seek help in convincing her family that she wanted to finish her education. The much-vaunted development of the country has not brought about a change in mindset when it comes to girl children. Underage marriages are still prevalent in many places. This has a deep impact on the mental and physical health of girls. Its innovative schemes notwithstanding, the Bengal government needs to do much more .

Sir — The recent tweet by Donald Trump may be ridiculous, but it is hardly surprising. Referring to extreme whether conditions in parts of the United States of America, Trump pleaded with global warming to “come back fast”. Clearly, the president was not paying attention in his elementary geography class. How else does one explain his inability to distinguish between the weather and climate? Here is an analogy that he might understand: weather is how much money one has in the pocket and climate is net worth. For climate change sceptics like Trump, both are empty.