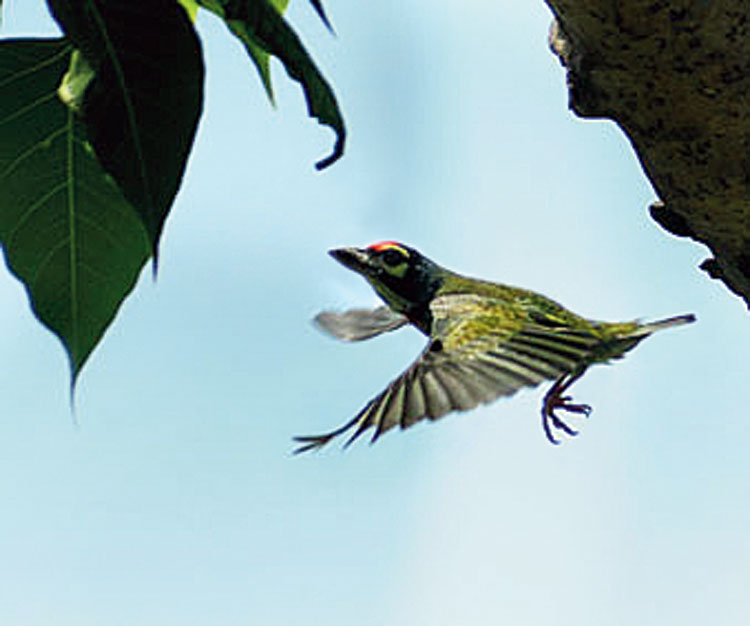 Data generated during the Great Backyard Bird Count can help scientists understand the characteristics of a vast number of avian species and also how these are changing in altered climatic conditions
The Telegraph file picture
The Telegraph   |     |   Published 16.02.19, 06:32 PM

Sir — Communication is an ever-evolving process. At present, it is the language of emojis that is the preferred medium of conveying what is on one’s mind. Even this language, though, is changing and growing every day. No less 230 new emojis are set to be introduced this year in order to make this language more inclusive. Already, several emojis come equipped with the option of changing skin tone before hitting send. But can there ever be a way of including the vast diversity of real life into a single language? No matter how many skin tones are included or how many icons are given female and male counterparts, there will always be many more who will be left out. Further, the so-called ‘inclusivity’ of emojis is often decided by the country in which the developers are based.

Sir — It was heartening to learn that good sense has prevailed upon Prince Philip, the 97-year-old consort of Queen Elizabeth and the Duke of Edinburgh, and he has finally surrendered his driving license (“Duke surrenders driving licence”, Feb 11). Last month, his Land Rover collided with a car being driven by a young woman, who, along with another passenger, sustained injuries. The duke, however, had escaped unscathed. Why was a nonagenarian — a member of the royal family, no less — allowed to drive a car, putting not only his own life but also those of common people at risk? This is irresponsible behaviour. The incident should prompt Britain to fix a legal age at which people have to surrender their driving licences.

Sir — The 21st edition of the Great Backyard Bird Count commenced on February 15. The programme, which started in 1998, requires ornithologists, birdwatchers and common people to count birds for at least 15 minutes on one or more days of the event and update their findings on a website. This data is crucial. It can help scientists understand the characteristics of a vast species of avians and also how these are changing in altered climatic conditions. This can help identify species in urgent need of help. It is something ordinary people — those who are often powerless to do anything else — can do. Citizen-science studies can be the key to reducing man-animal conflict.

Sir — The news that Sri Lanka will resume the hanging of drug convicts, ending a 43-year moratorium on executions, is troubling. Besides the fundamental humanitarian concerns that this raises, it has never been conclusively proven that capital punishment has an impact on crime rates. It is an anachronistic, symbolic gesture that is meant to satiate the desire for vengeance of an outraged populace. Once the execution is complete, public rage dissipates and the problems engendered in the crime are neither explored further nor redressed.

In the case of Sri Lanka, this decision has apparently been inspired by the urge to punish convicted drug dealers. However, the crippling drug problem in the country is systemic, and executing a few individuals is hardly going to solve anything in the long term. It is high time that modern societies start treating the disease instead of the symptoms and concentrate on transformative grass-root policies rather than opting for the medieval solution of execution.

The menace of addiction to drugs should be combated with extensive rehabilitation programmes for convicts and addicts, educational programmes for the disenchanted youth and medical camps to help addicts quit the dangerous habit. However, from the comments made by the Sri Lankan president, Maithripala Sirisena, it is clear that actually solving the drug problem is not his foremost concern. His praise for the president of the Philippines, Rodrigo Duterte, and his violent campaigns, show that Sirisena is keen to assume a hard-line personality comparable to that of the autocratic leader. This, he thinks, will stand him in good stead for the upcoming presidential elections in the island nation.