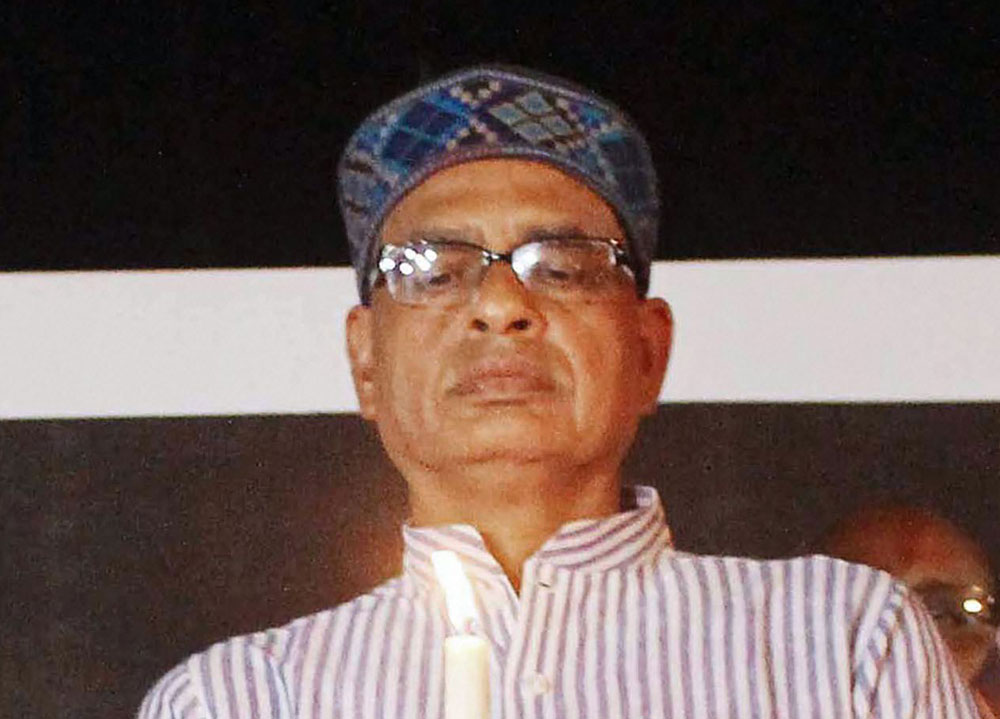 Shivraj Singh Chouhan was flooded with greetings on being appointed the chief of the BJPs new membership drive
PTI file picture
The Telegraph   |   Published 16.06.19, 01:25 PM

Not all glad tidings bring joy. The former chief minister of Madhya Pradesh, Shivraj Singh Chouhan, was flooded with greetings on being appointed the chief of the Bharatiya Janata Party’s new membership drive. The BJP claims to be the world’s largest political party with 11 crore members. The party chief, Amit Shah, has now decided to increase the present strength by at least 20 per cent and Chouhan has been tasked with achieving it. Yet, amidst the deluge of wishes on Twitter and elsewhere, many close to the former CM felt that this appointment is not good news for the popular leader from Madhya Pradesh. After losing the 2018 assembly polls narrowly to the Congress, Chouhan fears that the current party leadership wants to slowly edge him out of active politics in the state. First, he was not allowed to become the leader of the Opposition in the state. Then, he was given the offer of contesting the Lok Sabha polls, which he managed to dodge. Party insiders said that Chouhan virtually pleaded before the party leadership to allow him to remain in state politics. Now, he has been tasked with heading the membership drive of the party as one of its vice presidents. Chouhan fears that he will finally be asked to devote more time to organizational work and shunted out of state politics. But Chouhan dreams of recapturing the CM’s post; he apparently feels that if the central leadership wills it then the Kamal Nath government in the state can collapse in no time. Wishful thinking or ominous sign?

Vallabhbhai Patel's statue at Patel Chowk in New Delhi. Cabinet ministers, governors, chief ministers, chiefs of paramilitary forces have been making a beeline for Room 104 ever since Shah took charge of the home ministry
The Telegraph file picture

A statue — a small one this time — of the country’s first home minister and the ‘Iron Man of India’, Sardar Vallabhbhai Patel, has been installed inside Room 104 of the North Block — the office of the current occupant of that position, Amit Shah. Some officials had brought Patel’s statue to the North Block this week and it found its way to Shah’s office. Sources within the ministry said that Shah is trying to emulate the first home minister and has made his hardline approach clear during several official meetings with his no-nonsense style. The ministry led by Shah has emerged as the new power centre during the present term of the Narendra Modi government and his North Block office is always abuzz with activity.

Cabinet ministers, governors, chief ministers, chiefs of paramilitary forces have been making a beeline for Room 104 ever since Shah took charge of the internal ministry. An official said that the working hours in the ministry have increased as the new minister comes in by 9.30 am and stays late into the day, even till 8 pm on some days. Can there be any further doubts about who is the Number 2 in the Modi 2.0 government?

Many candidates were surprised during the Lok Sabha elections to find that some of the electronic voting machines had 90 per cent charge when the seals were broken before the counting. In many cases, candidates or their agents lodged complaints but did not receive satisfactory responses from polling officers. One candidate from Uttar Pradesh said, “Usually the EVM battery gets 40 to 50 per cent discharged by the time voting ends. The machines are then shut down and sealed.” There were also candidates who complained that the signatures did not match when the seal was broken and in some instances the seals were disturbed. The candidates are eager for the top leadership of Opposition parties to concretize a response to this and jointly articulate their concerns. Did Sonia Gandhi sense this rising unease? Is that why she said that there is no smoke without fire?

After the storm comes the chaos. The second successive defeat in parliamentary elections has left the Congress leaders shaken. So much so that they have lost faith in their core positions. Many of them have argued that the obsessive focus on Narendra Modi made him larger than life, adding that Rahul Gandhi and Congress spokespersons provided greater publicity to Modi than the BJP. They say the Congress discourse has been centred on Modi ever since he came to power and that they want to stop using the term, “Modi government”, and instead say “BJP government”. Another section finds this suggestion foolish and self-defeating. One leader said, “The world knows whose government it is. People are saying MPs are faceless and Modi has won 303 seats. The BJP itself never says BJP government. It is Modi all the way.” Rahul Gandhi is staunchly of the opinion that Congress leaders did not attack Modi as much as they should have. Less is not always more.

If there is one thing that unites political parties of all hues in Karnataka it is the search for a powerful Lingayat leader who can charm the dominant community of the electorate. While the BJP has long had BS Yeddyurappa — the original ‘Lingayat strongman’ who led the party’s first government in the South — the Congress has been struggling to find its own Lingayat strongman to lure the community that deserted the Grand Old Party many decades ago. Many leaders now feel that the state home minister, MB Patil, would fit the bill.

But the one impediment in Patil’s path is the former CM, PC Siddaramaiah, who is unwilling to let go of his clout as the most powerful Congress leader in Karnataka, a position that he has held on to for so long owing to the support of the Kuruba community. Is it not these internal tussles that has led to the downfall of the Congress in more than one election?

P.C. George. The popular perception in the southern state is that George is the Subramanian Swamy of Kerala
Source: Facebook

The BJP, which failed to open its Lok Sabha account in Kerala yet again, now has another headache. PC George, a regional leader who joined the National Democratic Alliance just before the elections, has been actively supporting the controversial bishop, Franco Mulakkal. The popular perception in the southern state is that George is the Subramanian Swamy of Kerala and it is only a matter of time before he becomes a liability for his own side.