Challenges to economic recovery in India and the world remain 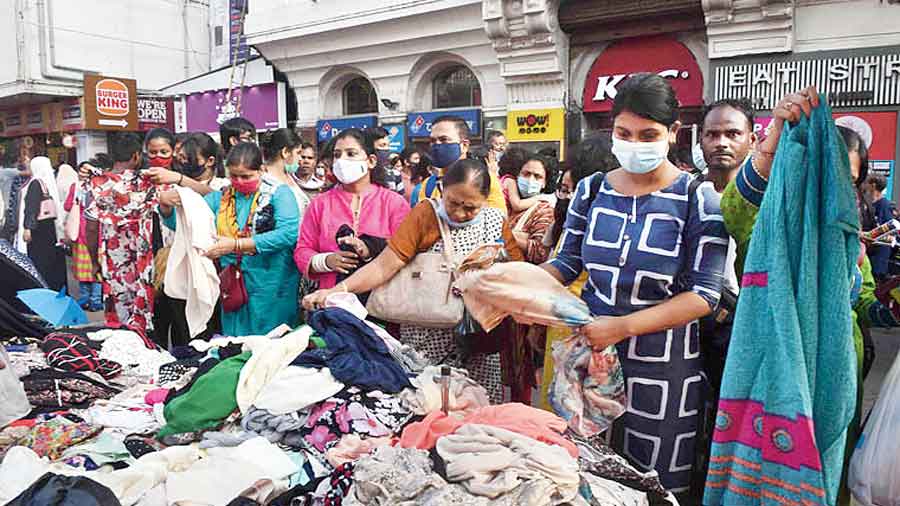 The International Monetary Fund revealed its outlook for the world economy last week. A year and a half after the pandemic, global recovery remained reassuringly strong: the world economy is expected to grow a tad slower (10 basis points) this year at 5.9 per cent and at an unchanged pace — 4.9 per cent — next year. But the exit from the pandemic, cautions the IMF, is not unqualified. There are significant concerns, including strong inflationary pressures, raised unemployment, and more uncertainty than seen before. The recovery is also divergent because the initial differences due to vaccine access and quick, generous policy support have accentuated the divide between the high-income economies and the emerging, developing ones. In the forthcoming years, lasting injuries to the latter group are seen to be severest for Asian economies, barring China. The global picture is, thus, both encouraging and sobering; principally because all risks bear down than upwards as well as significant economic scarring from the pandemic.

For India, the IMF retained its 9.5 per cent real GDP growth forecast for the current year, followed by 8.5 per cent growth in 2022-23. This is similar to that projected by the Reserve Bank of India, which reviewed its monetary policy a week before the IMF’s October World Economic Outlook. The outlook on inflation is directionally similar too. While the central bank sharply lowered its annual inflation forecast to 5.3 per cent from 5.7 per cent in August, the IMF sees it declining to 5.6 per cent followed by 4.9 per cent next year.

The upholding of growth predictions by these two institutions come amidst a steady build-up of optimism in recent weeks. Significant contributors to the elated economic expectations have been the sale of Air India, the ailing public airline, which has bolstered hopes of more successful sales of public entities in the pipeline; the revision of India’s rating outlook to stable from the negative ranking earlier by rating agency, Moody’s; the uptrend in most lead economic indicators; improvements in business and consumer sentiments, albeit from abysmally low levels; robust tax collections, amongst others. Inflation anxiety also seems to be moderating compared to elevated fears a quarter ago. The highlight of India’s placement as the world’s fastest growing economy in the IMF’s individual country forecasts even overlooks that this is from one of the world’s deepest plunges last year.

Are there reasons to be tentative? Will the economic rebound maintain its strength and the momentum gathered forge ahead?

There is valid concern that real incomes could be dented by the upsurge in prices. For the rebound isn’t strong enough for consumption to remain unaffected. A 9.5 per cent growth will only be 1.6 per cent above the 2019-20 income level. The quarterly rebound in June was 20 per cent on annual basis, 9 per cent and 4 per cent, respectively, below the corresponding quarters of 2019 and 2018. This reveals the depth of the lost ground that is to be recovered and to be built upon. GDP growth has to be stronger and for longer to return to square up and rise further therefrom.

It is a challenge with increasing prices chipping away at the income gains. It is even harder when the biggest GDP component, private final consumption, has been more severely squeezed. In April-June 2021, real aggregate consumption was an alarming 12 per cent lower than its two-year ago level (April-June, 2019) and -5.2 per cent less than that of April-June 2018. Even if aggregate consumption grew at the same pace as full-year GDP growth forecast (9.5 per cent), the restoration would still be -0.5 per cent lower than the total consumer expenditure in 2019-20. If higher price levels and unabated increases depress consumer spending in this while, the process could get stretched. Especially as fuel prices are soaring —about 18 per cent of final consumer expenditure was upon transport before the pandemic, whose long run has increased preference for personal mobility and, possibly, skewed fuel demand. The necessity of this spending could cost consumption of other goods and services. The other fallout is the building burden of higher input costs upon producers; weak demand has so far held them back from these being passed on to final prices but the margins are being compressed.

The ebullience also needs to recognize that post-pandemic regains are uneven for individuals as well as firms, something not immediately visible in aggregate income growth. Listed companies, for example, have done very well; their inner financial strengths have been handsomely bolstered by lower interest costs (monetary policy support). But little is officially known about the informal, small and medium businesses. Or the four-fifths of India’s workforce engaged in informal, low-skilled, low-paying occupations that are mostly in the more-severely affected services such as travel, hotels and restaurants. There are visible signs and reports that the economic gains are unequally distributed — subdued two-wheeler sales against stronger ones for cars, sports utility and luxury vehicles; the pending return of unemployment to pre-pandemic levels; higher sales of upscale brands of durable goods, smartphones in the Navratri sales, amongst others.

Such effects, or the scarring, will linger for longer. That raises the additional question of the strength of the lift-off from the peak recovery this year. Forces bearing down upon consumption are serious and several. Minus a reassuring, strong pick-up, a restoration of private investment is hard to see. Exports are expected to do some heavy lifting; seeing their robust performance this half-year, the government is going all out to help. The IMF expects world trade volumes (goods and services) to grow 9.7 per cent in 2021 after a -8.2 per cent fall last year; a 6.7 per cent performance is expected next year. Here, the dependency upon world trade in which recovering economies all over the globe are contributing remains to be tested.

It may be more prudent to qualify growth optimism in this light. Expectations may be borne out in the near-term because of the past repression of demand and the festive season, which traditionally sees a rise in consumer spending. The ground realities may surface thereafter.