A victory for Bihar and the much-trashed idea of India 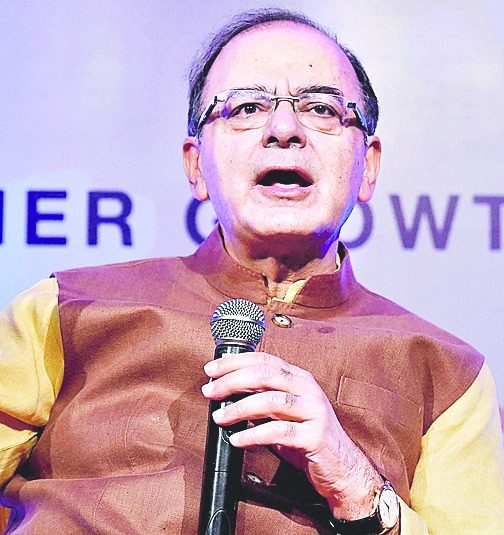 In another November, long, long ago, the Chicago Daily Tribune called the US Presidential election for Thomas E. Dewey. The 'loser', Harry Truman, had the gloating pleasure of holding up that headline, 'DEWEY DEFEATS TRUMAN', for popping flashbulbs and grinning journalists when it turned out he had handily won the election. In a different medium, on a smaller scale, but at infinitely greater length, NDTV got the Bihar election grotesquely, mortifyingly wrong. By nine o'clock, less than an hour after the counting began, Prannoy Roy declared that the BJP had won the Bihar election and was likely to win between 145-149 seats, a comfortable majority.

It was a startling prediction, given that the conventional wisdom for electronic voting is that it takes a couple of hours for reliable trends to emerge. At around the same time, in a reversal of roles, Arnab Goswami at Times Now was counselling caution. But all the anchors continued to predict significant leads for the BJP, except one: Bhupendra Chaubey at CNN-IBN.

I happened upon CNN-IBN in a fit of channel-changing desperation some fifteen minutes after NDTV's moment of magisterial recklessness. I noticed that the news ticker at the base said that the two coalitions were neck-and-neck and the figures on the main screen had the NDA less than ten seats ahead at a time when Prannoy Roy and Dorab Sopariwala on NDTV had the gap at an unbridgeable thirty in the NDA's favour. And it wasn't just the aggregate figures; every electoral region in Bihar was being called in diametrically opposed ways by these two channels, which meant that the explanations being offered for success and failure didn't just differ, they didn't even overlap. To change channels was to toggle between parallel worlds. It couldn't last and didn't. By a quarter to ten, just an hour after NDTV's Dewey moment, CNN-IBN had the Grand Alliance ahead by more than 20 seats and course corrections were under way in the other channels as they strove to catch up with Bhupendra Chaubey's team, the one that had been reporting this election from the real world.

Meanwhile, back in NDTV's alternative universe, the NDA's early 'leads' were being garnished with little sprigs of psephological wisdom. Leads like this were irreversible, the gap would only widen because the NDA's gains were evenly spread across Bihar, across all five phases of the election. The broad moral of the results, according to Prannoy Roy, was that the people of Bihar wanted much more than bijli, sarak, pani: they wanted vikas. They were, naturally, aspirational.

The prize for Most Irresistible Comeuppance belonged to Shekhar Gupta, once editor of the Indian Express. Gupta's commentary is a blend of insider knowingness and vatic generalization. On Sunday morning, he surpassed himself. When the NDA had won the election (that is, before 10 am), Gupta in his usual forensic way, cut to the heart of the matter. Nitish Kumar had been humiliated (on the strength of the leads in the first half hour) on account of his arrogance in his second term. He had humiliated Jitan Ram Manjhi and alienated the mahadalit vote. He had his head turned by provincial success and began to dream of Delhi. He began to pander to Delhi's drawing-rooms and lost touch with the Nitish Kumar of old, the grassroots political worker. Dreaming all-India dreams, he lost Bihar. This was a fine, fluent explanation; the trouble was, Nitish won.

As the head-banging wrongness of NDTV's reporting became evident to the panel in its studio, the mood turned from certainty to bafflement to a kind of giggling hysteria. There was a point when Prannoy Roy returned from a break and actually said that the panel would now walk back all its arguments to explain why the opposite had occurred. It was almost as if they were reporting on a bunfight in the Drones Club, not a election that had the country riveted, that actually meant something to the people watching television. Roy, Sopariwala and Gupta, arguably the most experienced team of election pundits on television, couldn't tell the difference between pundits not taking themselves too seriously and pundits not taking responsibility for bad data and facile, frictionless explanations.

By noon when the scale of the NDA's defeat became apparent, we were being treated to Shekhar Gupta's explanations for its failure. Thus, the error the BJP made in 'rallying round the cow', the failure to polarize Bihar's people, the hijacking, as he put it in a tweet, of Narendra Modi's message of kamaai, padhaai & dawaai (earnings, education and medicine) by the Giriraj/Avaidyanath idiom of dangaai, pitaai, ladaai (violence, beatings and quarrels), these were the reasons the Grand Alliance won.

Karl Popper, who was sceptical of history's claim to the cachet of being 'scientific', argued that historians were no more than historicists, people who legitimized what happened by making it seem inevitable. E.H. Carr, who had written a history of the Bolshevik Revolution that Popper greatly disliked, argued that Popper's objection was pointless: the historian's job was to explain what happened, not what might have happened. This isn't an argument that's ever likely to be sorted out to everyone's satisfaction, but seldom has Popper's cynicism been more vividly borne out, live, on prime time than it was on Sunday morning. The same panel that had confidently explained defeat, now, given the benefit of hindsight, omnisciently explained victory. After such knowledge, what forgiveness?

The extraordinary thing about the NDTV discussion, though, was that at least one of the participants, Yogendra Yadav, was visibly astonished by the the channel's version of the early-morning leads. Yadav had gone on record the day before the counting to say that he thought that the exit polls were wrong, that they chronically undercounted poorer Biharis, that there would be a significant swing in vote-share against the NDA. Barkha Dutt, even as she tweeted the studio's decision to call the election in favour of the NDA, made it clear that it wasn't her opinion. Ravish Kumar, NDTV's principal Hindi anchor, had made it clear that his travels in Bihar indicated a decisive triumph for the MGB. In the face of so much in-house scepticism, how could Roy & Co get it so wrong?

Mistakes happen, but sometimes they happen because pundits mistake knowingness for realism. I bet the powers-that-be at CNN-IBN are sorry for killing the only exit poll that got the scale of the Grand Alliance's victory right, because they just knew that a figure of 180 seats was impossible. Shekhar Gupta recently wrote an op-ed indicting two generations of faux liberals who didn't fight the good fight, who pandered to ascriptive identity instead of standing up in a principled way for the individual citizen. The piece ends with a rousing call for a new 'mainstream' liberalism. That 'mainstream' is revealing; Gupta's new liberalism is a form of political accommodation that conflates liberalism with centrism, that helps 'realists' determine where the shifting centre lies as Indian politics moves to the right.

It's why Shekhar Gupta tweeted that Narendra Modi's agenda of development was hijacked by the sanghi fringe; to say plainly that it was the BJP's supremos, Narendra Modi and Amit Shah, who orchestrated a communal, divisive campaign would be too extreme, too far from the centre or 'mainstream' of contemporary common sense. To find the centre and call it moderation is a matter of taste; to mistake such triangulation for a new liberalism is just wrong.

The 'caste' arithmetic of the JD(U) and the RJD and the pluralism of the Grand Alliance's politics, sternly described as pandering by 'mainstream' liberals, stopped the most starkly majoritarian political campaign in living memory in its tracks. If this doesn't count as a net gain for the prospect of a liberal, pluralist politics in this country, it's hard to know what does. Yogendra Yadav, who called the election perfectly the day before the results came in, once famously said that regardless of who wins the Bihar election, the people of Bihar had already lost. Opposed as he is to the BJP, he was disappointed by Nitish Kumar's alliance with Lalu Prasad. I suspect he has put that judgment on hold for the moment. For both Bihar and the much-trashed idea of India, this was a famous victory.