By joining hands, regional leaders could loosen the BJP's grip on the Lok Sabha 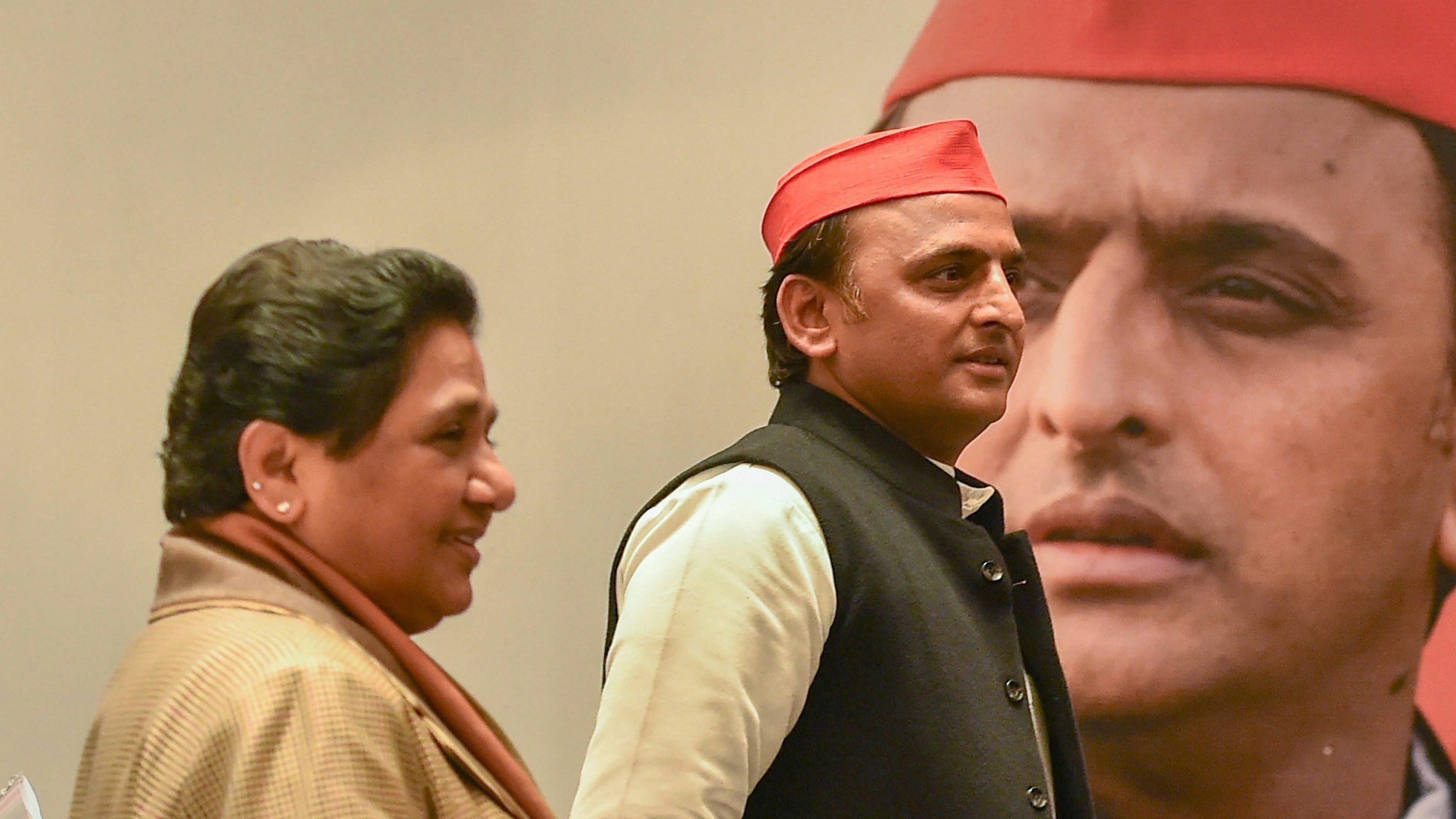 Sir — It is been reported that the Samajwadi Party and the Bahujan Samaj Party in Uttar Pradesh have not just decided to join hands after years of rivalry but have also finalized a seat-sharing deal that does not include the Congress. They believe that this will help them increase their presence in the Lok Sabha. All eyes are now set on the general elections this year. Regional parties that are now siding with the Congress may change their stand if the Bharatiya Janata Party emerges as the single-largest party in the polls. Surely smaller parties will respect it if the BJP has the people’s mandate, which is the basis of the democracy that they are claiming is in trouble.

The choice now rests on the people. Do they want a prime minister who toils for the nation and has enhanced its reputation abroad or would they prefer a party or an alliance of parties that works to serve themselves and not the country? Narendra Modi’s methods may make him seem like a bitter pill, but he can cure India of its ills. But parties whose names are only linked with frauds and scandal are like sweets, that give immediate satisfaction with the possibility of diseases in the future.

Sir — The SP and the BSP have agreed to form a pre-poll alliance in Uttar Pradesh for the Lok Sabha elections. It seems that it is local leaders like Akhilesh Yadav and Mayavati who will be able to loosen the grip of the BJP on the Lok Sabha. Given the high population of Uttar Pradesh, it sends a large number of politicians to Parliament. As such, it is heartening that regional leaders have put aside their own differences to come together and defeat the BJP. It is high time that other Opposition parties came to the same realization and endeavoured to fight the BJP unitedly.

Sir — The fact that the BSP and the SP did not accommodate the Congress in their seat-sharing plan should come as a wake up call for the Grand Old Party and its president, Rahul Gandhi. He should introspect about what it is that could have led the regional parties to leave him out. It is also the unfortunate reality that the Congress is suffering from a lack of strong leadership for a some time now. It needs a leader like Sonia Gandhi, who selflessly handed over to prime ministership to an experienced statesman.

Sir — It is undoubtedly an encouraging sign that the BSP and the SP have decided to fight the general election this year as an alliance. But the real test of the united Opposition will be after the elections. Most of these regional leaders nurse the dream of heading the country. Will leaders like Rahul Gandhi be intelligent and humble enough to let a regional leader sit on the prime minister’s chair? If he can do this, he will prove that he truly has only the good of the country and not political benefit at heart as he keeps claiming.

Sir — On a flight to Calcutta from Ranchi aboard the Maharaja’s airline, passengers were astounded to receive a packet of soggy cookies along with a bottle of water by way of refreshments. The journey, admittedly, takes only an hour. But surely, fliers deserve better rations. Has Air India’s popularity nosedived on account of such regal provisions?

One has read about a prince turning into a pauper in fairy tales. It seems that the Maharaja has fallen on hard times too. Do Air India’s patrons — sarkari babus and netas — survive on such frugal fare as well?