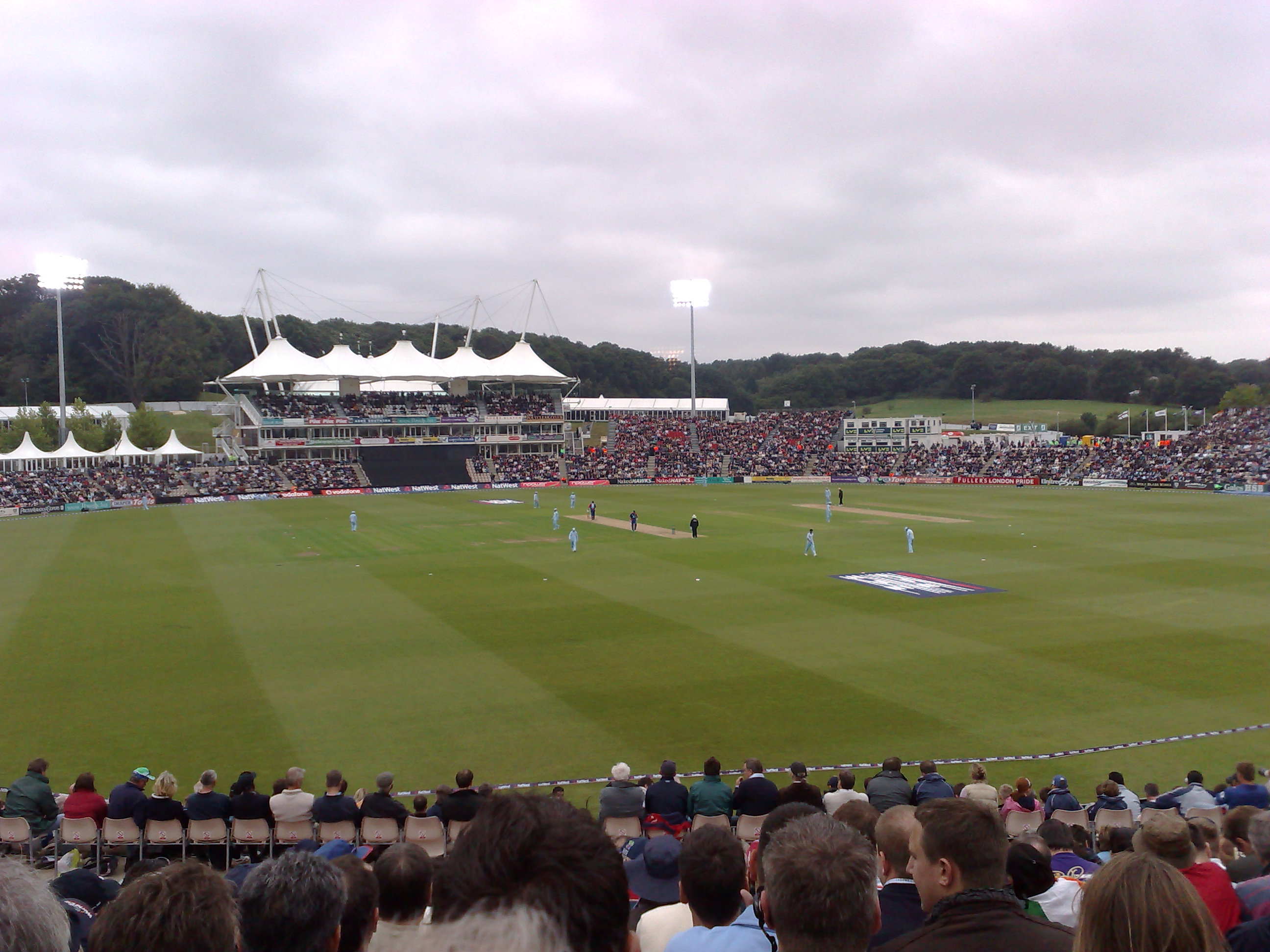 Some books leave a buried impression in a reader, especially a young reader who is just starting to explore the world of literature. Years later, when you come across such a book from your youth, you are mildly startled at the pheromones of pleasure and recognition the volume releases in you. This is not a book that ‘helped form’ you, nor did it ‘open doors’ for you, not did it ‘change forever the way one looked at the world’. No, this book tripped into your young and curious hands; you opened it and were immediately engrossed; it gave you great pleasure, so you sought out its sequel (if there was one, or in certain cases more than one); once done, you moved on to reading other books, the ones that pulled your mind inside out like a sock and contributed singularly to the person you have become today. You forgot all about this little book as you forgot other little books like it; you put it out of your mind as you do some particularly satisfying sweet confection that is tied to a place and a time that you’ve visited only the one time, long ago. And then, decades later, you come across one of these books by accident — a second-hand copy in the window of a charity shop abroad, or on some new acquaintance’s bookshelf or, as in my case recently, presented by a friend to another as light reading during his recovery from a serious forthcoming operation.

I was staying with the operatee friend when our mutual friend presented him with the book. “Ooh!” I couldn’t help myself, “Can I read this while you are being operated on?” Two pairs of eyes looked at me as a hunting owl does at a baby hare, that is, the one thing my friends’ joint gaze did not lack was a good dollop of bale. “Did I give this book to you?” asked the gifting friend. “Is it you who is going under the knife?” asked the about-to-be-carved-open one. “No, no, no, sorry! I just meant can I please read it after you’re done?” The giftee grinned cruelly and pointed to his son, the PhD student. “He might want to read it next.” The PhD son looked up and smiled kindly. “No, he can read it, I’ve got other stuff to read.” Then he went back to comparing two different English translations of Don Quixote with Cervantes’ Spanish original.

I first came across P.G. Wodehouse at the age of 12 or thereabouts. My parents knew the parents of Dilip Doshi, the cricketer, who lived in Bhawanipur. Doshi Senior was a huge fan of Wodehouse and had almost all the writer’s books in the late 1960s Penguin edition with the orange spine and the colour cartoon covers. I began to borrow the paperbacks, fully prepared to laugh my head off because my father had told me PGW was one of the funniest writers in the English language. It took me a while to get into the books, into Bertie Wooster and Jeeves, into the Drones Club and Blandings Castle, into the dreadnought aunts and submarine-sized pigs. I had no idea what a hangover was, so Jeeves’s famous morning-after restorative took a while to decode empirically; I couldn’t understand French, so Chef Anatole’s legendary menus left me a bit blank, as did the fascination with the huge she-pig, the horse-racing and the ‘girls’ — the women who seemed to have no sexual or romantic allure at all. Sometimes, when facing a tough bowling attack you need to scratch around a bit before you middle one or two deliveries. After that you get the hang of it and your confidence grows. In the case of P.G. Wodehouse and myself this happened when I finally came across Mike at Wrykyn, an early work aimed at teenage boys.

To be precise, Wodehouse wrote 59 (quite short) chapters which were published as a book called Mike in 1909. As the front info on the new edition informs us, chapters 30-59 were découpaged and came out as Enter Psmith in 1935, with chapters 1-29 appearing as Mike at Wrykyn, only in 1953. The 30 chapters of Enter Psmith appeared under new livery as Mike and Psmith later in the 1950s. Quaffing down PGW books the way a weekend binge-drinker downs bottles of beer, it was the latter two titles that I came across when I took a detour from Messrs Jeeves, Wooster & Galahad.

The Mike books are, one now realizes, Wodehouse-lite, the happy-making story of a doughty, honest, highly talented young cricketing boy who joins Wrykyn, the exclusive public school all his older brothers have attended. The story begins with the Jackson family at breakfast table, the sister Marjory just having squeezed a wet sponge over her brother, the sleeping Mike. Everything from there on is about wealth and privilege. The Jackson siblings are many; the breakfast is plentiful; there are clearly no hurdles in getting into the exclusive school where all of Mike’s brothers have gone; as for cricket, all the brothers have been coached by ‘Saunders the professional’ who we first meet as he’s putting up a practice net in the Jacksons’ garden. The doting coach-servant praises Mike’s batting to his sister, saying that ‘Master Mike’ is even better than ‘Mr. Joe’, the oldest of the Jacksons who is about to break into Test cricket. Mike’s only cross to bear, at least in the first book, is that his talent means he may unseat Bob, the brother just older than himself, from the school team.

As you get into the book, though, you get all the Wodehousian delicacies, the sharp delineation of each new character in a very few lines, the terse but often hilarious dialogue and descriptions. Describing the start of a brawl between the senior schoolboys and the far less privileged local village lads, Wodehouse writes: “Possibly, if the town brigade had stuck to a purely verbal form of attack, all might yet have been peace. Words can be overlooked.

“No man of spirit can bear to be pelted with over-ripe tomatoes for any length of time without feeling that if the thing goes on much longer he will be reluctantly compelled to take steps.”

There is the languid life of a second-rung public school before the devastation of the First World War, there are the protocols, the drawling compliments and insults, the abuses which include beauties that have fallen into disuse such as ‘slacker’ and ‘rotter’ and, again, there is the unquestioning assumption of rightful privilege as well as the unhesitant writing and publishing that assume far less privileged British boys will also be happy reading about an idyllic, upper-class life to which they can never aspire.

Mike at Wrykyn is only the first one of the series. It’s followed by the introduction of the super-suave Psmith who outlasts Mike in the cast of PGW characters. Mike, if I’m not wrong, is last heard of on the radio, scoring a century in an Ashes Test at Lords as the young banker Psmith sweats out a tedious summer’s day at his counter in the city (Psmith in the City). As time goes by, Psmith too is left on the scrapheap after just three or four appearances, whereas Wodehouse sticks with his Woosters, Jeeveses and Galahads for many, many books. Mike at Wrykyn is an odd book alright, especially when examined 109 years after its first publication, but I suppose it’s par for the course along with other stories of public school life that were appearing at the time, such as the Billy Bunter series.

Among the booster rockets that pushed a young reader back into a fuller appreciation of adult Wodehouse novels all those years ago was that both the Mike books are centred around cricket. The pleasure of re-reading Mike at Wrykyn was made somewhat surreal because it was concurrent with watching the ups and downs of the first two Tests of the England versus India Test series. Witnessing our openers being reminded by Anderson and Curran that cricket, after all, was a game invented by the English for English conditions, I wondered what Kohli and Co would have made of a sentence like: “At eleven-thirty, when the match was timed to begin, the wicket would be too wet to be difficult. Runs would come easily till the sun came out and began to dry the ground. When that happened there would be trouble for the side that was batting.”

Whatever his class and race prejudices, P.G. Wodehouse saw life as the act of constantly playing on a sticky wicket. He also acutely rendered the hilarities that ensued as each hapless batsman came, tried to play and went. PGW’s later books might have laid this out through other narrative means, but in this odd little gem, he writes about it all most simply and entertainingly.