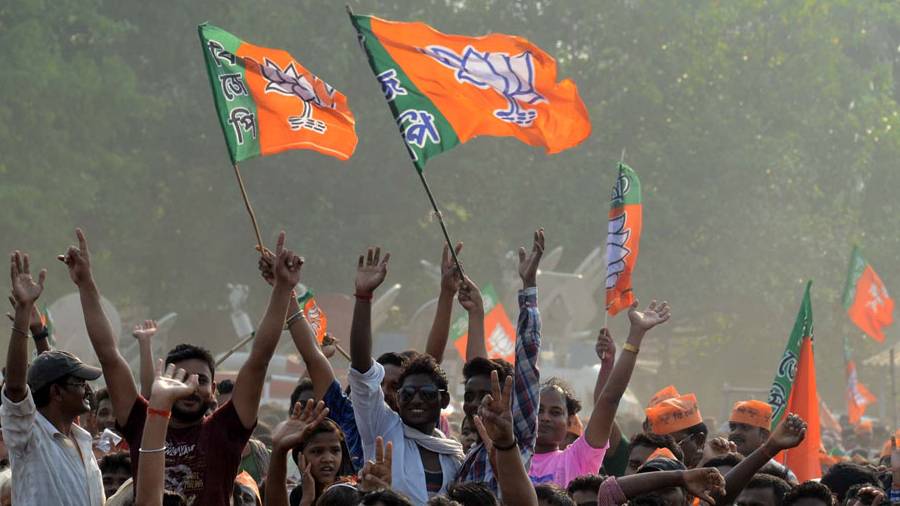 The big question of the late 1980s — ‘Mandal ki Kamandal’? — seems to have been settled in favour of the Bharatiya Janata Party, as the outcome of election after election since 2014 shows. It’s now ‘Mandal hi Kamandal’. Allow me to explain — the broader rubric of other backward classes in India stands fractured as a result of a series of social, political and economic transitions in the Indian hinterland and heartland in the neo-liberal age. The lower OBCs, some 3,000 castes and sub-castes with a formidable mass, coupled with the lower-rung Dalits, have leapfrogged into the Kamandal league, positing themselves against the creamy layers of OBCs and organized Dalits, such as the Mahars in Maharashtra or the Jatavs in Uttar Pradesh.

Together with the sangh parivar’s core voters and unwavering supporters, such as the Brahmins, their numbers are overwhelming all other constituencies, particularly in the cow belt, where the Mandal versus Kamandal politics took birth and is now riding the Hindutva juggernaut. It took nearly 30 years for the BJP to weave an unassailable triad of Hindutva-Welfare-Nationalism. Two of the three pillars are perceptibly powerful tools for the lower castes to seek upward mobility — in M.N. Srinivas’s theoretical framework, they are in the grip of Sanskritization, if not Westernization. ‘Sanskritization’ here refers to a process whereby socially backward castes adopt the practises of higher castes to raise their own social status. In the BJP’s win, this core perceives its own victory.

The first one yielded an aspirational political class from among the lower OBCs. That new caste alliance was also mobilized as an assertive Hindutva mob — it would be a folly to look at the Ayodhya movement as one rallying only the upper castes, such as Brahmins. The third, opened up new sectors of economic activity — such as services — for lower rung, landless masses.

Many of these aspirational and assertive OBCs, brought under the broader Hindutva umbrella, are militating against the dominant castes and benefitting the BJP. They are lapping up with both hands the carrot of growth and political power that the BJP has dangled before them. Religious polarization has further entrenched these masses in the BJP vote-bank with the othering of Muslims.

Over the last 25 years, I have noted two distinct spirals: the dominant OBCs who were stuck to the land became economically weaker in the wake of a biting agrarian crisis. They also saw land fragmentation turning them into small and marginal peasants with reduced economic leverage. The landless increasingly moved into the cities and towns, joining in the battery of footloose labour redefining urban spaces. They are drawn towards the BJP’s clever welfarism.

The only chink in the BJP’s armour is that these masses have not yet tasted upward social and economic mobility in reality. By allowing these people entry into the elite club through a power sharing agreement at the grassroots — in the three tiers of the panchayati raj system — the sangh parivar and its political arm, the BJP, have created a credible perception that they indeed mean to lift these people up from a long shadow of oppression. Ironically, the Brahminical order itself has been the oppressor. Reshaping the Indian political structures for a more liberal social democracy would need the Opposition, mainly from the beleaguered Congress party, to find a new framework that guarantees real social and economic upward mobility — not merely as a dole, but as an accommodative political reality.