Salman Rushdie and the violence on free thought 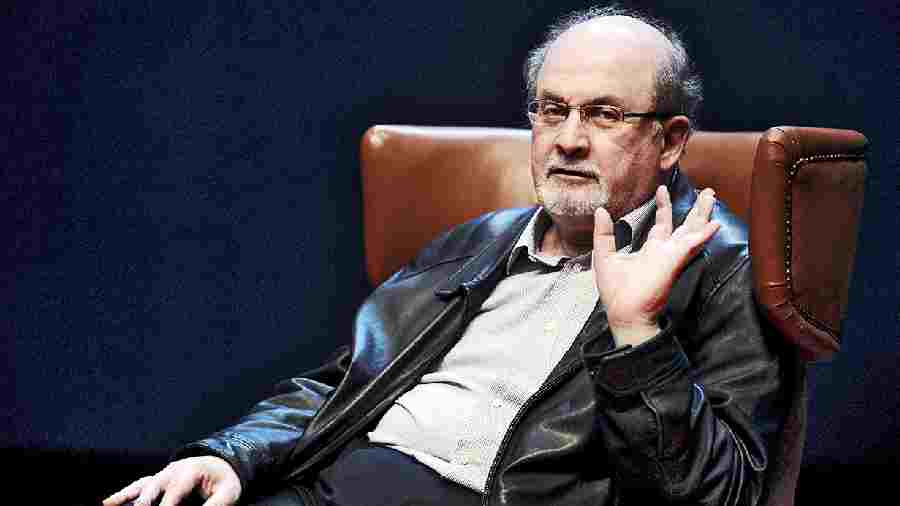 In the decades since Khomeini’s fatwa overset Salman Rushdie’s life, his critics have sometimes suggested that he isn’t really a free speech icon because he was protected by the British State in the aftermath of the fatwa while others, like his Japanese translator, suffered or died for the cause. Rushdie’s subsequent championing of free expression, his work with PEN, his insistence that writers and cartoonists had the right to offend were criticised as insensitive and tone-deaf, as the posturing of a coddled Western writer removed by distance and celebrity from the people whose beliefs he challenged and mocked.

As the news of the savage attack on Rushdie at a speaking event in New York state trickled in, I wondered what difference, if any, this violence would make to these critics. Would Rushdie’s injuries make his commitment to writerly freedom more authentic? Or would this attack be seen as the appropriate full stop to a cautionary tale?

I imagine most of Rushdie’s liberal critics would be indignant at the suggestion that they felt he had it coming and they would be right. They didn’t want any harm done to him; they were making the point that embedded as he was in the Western metropolis, he was punching down. They disliked the writers he ran with — Christopher Hitchens, Martin Amis, the New Atheists, the literary vanguard of the War Against Terror — and they felt he was tainted by association.

They were just wrong. To stand up for a writer when a fanatical theocrat in charge of a nation state puts out a death sentence is not to punch down. To be frightened for his life, as Rushdie was in the face of this monstrous license to kill, was human. Sometimes the asymmetry of power between the West and the rest is a distraction from the principle that’s being fought over.

It’s useful at these times to bring the question closer home. Rushdie is no different from any Indian writer who has been attacked or murdered for his or her opinions. Think for a moment of Narendra Dabholkar, Govind Pansare, M.M. Kalburgi, and Gauri Lankesh. Intellectually they were strongly rationalist, hostile to religious orthodoxy, and convinced that right-wing majoritarianism was the mortal enemy of republican democracy.

Unlike Rushdie who has lived his writing life in the West, they did their writing in India. Unlike him, again, they chose to write not in English, but their mother tongues: Dabholkar and Pansare wrote in Marathi, Kalburgi and Lankesh in Kannada. They spoke to a vernacular readership beyond the reach of the country’s English media. Each of them was shot dead by men on motorcycles with homemade pistols who got away.

Up to now, this difference in location and language has been used by Rushdie’s critics to underline his privilege, his disconnectedness, his narcissism. It was as if these Indian writers had paid their dues by living in the society they criticised, by laying themselves open to the retribution that writing can bring in a country as hostile to dissent as ours. It shouldn’t have taken an attack on Rushdie to show that this vulnerability is a universal condition.

The assumption behind much of the criticism that has been levelled at Rushdie has been that a writer writing out of the community he was born in would be more aware of sensibilities, more empathetic, less glibly provocative and (though this isn’t explicitly said) more mindful of retribution. This is a stupid assumption. Rooted writers routinely savage the societies they live in. Taslima Nasreen and Gauri Lankesh went after their respective religious orthodoxies with a bat. It wasn’t as if their insider status protected them from the hegemons that they provoked.

We don’t have to believe that all writers who speak their minds are equally brave. It might be easier to debunk Muslim beliefs in Britain than Saudi Arabia. It might be safer critiquing Hindutva in M.K. Stalin’s Chennai than Yogi Adityanath’s Lucknow. But the principle at stake and our duty of care remain the same: regardless of what we think of a book or a cartoon or a painting, when civil society actors or the State respond to it with violence, threats of violence or organised intimidation, we owe the writer, cartoonist or painter our solidarity.

Thirty years ago, Mushirul Hasan, the then pro-vice-chancellor at Jamia Millia Islamia, was violently attacked and nearly driven out of the university because he said in an interview that while he disliked the Satanic Verses as a novel, he didn’t want it proscribed. At a meeting of the teacher’s association held after the violence, a senior professor got up and said, “Ba-Khuda deewana basho, ba-Mohammad hoshiyar.” Paraphrased, this is a Farsi motto that says: rave about God all you like but mind what you say about his prophet.

This was not, to put it mildly, the advice the beleaguered pro-vice-chancellor needed after being beaten up by his students. Nor is this the best precedent in this time of rampant majoritarianism when both State and civil society are bent on criminalising and violently attacking any criticism of bigoted sants on the ground that such criticism offends the sensibilities of their followers. One of Rushdie’s favourite aphorisms about the need to defend free expression is a quotation from Saul Bellow: “Everybody knows there is no fineness or accuracy of suppression; if you hold down one thing you hold down the adjoining.”

The last reports I read about Rushdie's condition were grim. His literary agent said in a statement that his liver was damaged and he was likely to lose his sight in one eye. He was on a ventilator, unable to speak. After the fatwa drove him into hiding, Rushdie was determined not to let it define his life. The best way to do this, he said, was to continue to write novels and to write them on subjects that had nothing to do with the fatwa or his predicament. And he succeeded. The Satanic Verses was his fourth novel; he wrote ten more.

I hope he lives on to write many more books but I shall always remember him for his second. Reading Midnight’s Children as a graduate student was a kind of revelation. It showed you how desi stories could be told indecorously in English. A blurb on the cover of the paperback edition had a reviewer writing breathlessly about “… a continent finding its voice”. That was hyperbolic but as a reader and writer I’ll settle for Rushdie recovering to find his own voice again. As India joins this midnight’s child on seventy-five, that would be a good omen.