For the first time in the state's history, the political condition is fertile to launch an assault on the edifice of caste 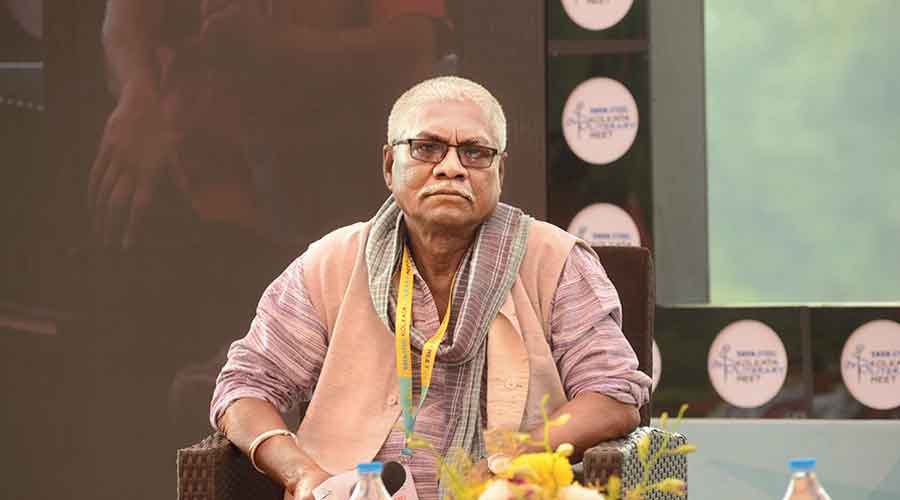 With Manoranjan Byapari in the Vidhan Sabha and also the administrative head of the Dalit Sahitya Academy, the future of weaker social groups may get a desirable direction.
File picture
Shiveshwar Kundu   |   Published 16.07.21, 01:16 AM

Three important aspects were in focus during the Bengal elections. First, there was the nature of ‘competitive populism’ spearheaded by the two charismatic leaders of Indian politics, Narendra Modi and Mamata Banerjee. Second, the entry of Hindutva in Bengal’s body politic. Finally, there was the politics of caste that this side of the country had not witnessed before.

Two types of caste-based movements have been integral to the spectrum of Indian politics. There are movements and resistance emerging organically from the bottom of the social ladder demanding transformative, redistributive change. Then there is the caste-based discourse superimposed on the political set-up by leaders in a bid to organize their respective campaigns. It would not be wrong to say that the recent caste-based churning in Bengal is an example of the second type.\During the recent assembly elections, political parties were hell-bent on extracting political legitimacy from caste groups, a tendency that was not part of Bengal’s political culture because caste had not been politicized, at least in public. These attempts by the political parties may not have achieved their intended goal but they have, nonetheless, situated caste within Bengal’s political matrix.

Caste politics has an unconventional character in the state. This is because it is so enmeshed within the social fabric and day-to-day practices that it becomes nearly invisible. It is for this reason that liberal academia did not accept caste to be a decisive factor in determining political equations in Bengal.

The difficulty in comprehending Bengal’s caste dimension can be attributed to two reasons. First, there isn’t a strict separation between the Hindu religion and the religious inclination of Namashudras and Rajbanshis, the two largest weaker social groups in the state. In northern, central and southern India, leaders like Kanshi Ram, Jyoti Rao Phule, B.R. Ambedkar and Periyar, among others, offered a strong critique of Hinduism. Historically, Bengal has lacked such attempts. Secondly, there is no dialogue within oppressed social groups since the leaders of these groups have seldom attempted to create space for an organized movement to counter caste discrimination. Consequently, caste did not become a political concern in a concrete form.

The reason behind the Trinamul Congress’s formidable victory can be attributed to the political landscape of a state that remains a party society. Socio-political churns are regulated and controlled by the party machinery. The legitimacy of the party has also led to a concomitant decline in interest in caste. Very little has thus been written on the condition of weaker social groups in the post-Yaas (cyclone) period; there has been minimal evaluation of the merits of election promises of the ruling party concerning outreach programmes towards weaker caste groups. Caste’s tenuous grip on Bengal is thus the result of the absence of queries relevant to caste on a daily basis. There is also the absence of caste leadership; after Jogendranath Mandal, Bengal has hardly had a leader with a pan-Bengal influence.

However, with Manoranjan Byapari in the Vidhan Sabha and also the administrative head of the Dalit Sahitya Academy, the future of weaker social groups may get a desirable direction. As for the first challenge — the absence of questions pertaining to caste in everyday life — the Hinduized social space of Bengal needs to be stirred. For this to happen, the Dalit Sahitya Academy must play a crucial role. The institution should branch out in each and every district to make people aware of the deep-rooted discrimination toward lower caste groups by conducting literary and cultural events. These strategies could help politicize Bengal’s social space.

In order to achieve greater redistributive justice, the future of caste politics in West Bengal would have to establish a link between the social and the political spheres. Representative caste politics is the first step towards justice and a holistic counter-narrative against caste discrimination could lead to not only material upliftment but also greater respect and dignity for weaker social constituencies. Such a cultural transformation can only be possible with corresponding attitudinal change among the people. This is exactly where the Dalit Sahitya Academy can play a critical role in shaping the future of Bengal’s socio-political space.

For the first time in Bengal’s history, the political condition is fertile to launch an assault on the edifice of caste. This is because there is a state government that is, in a way, open and sympathetic toward these ascriptive identities and has put in place a desirable candidate to head the Dalit Sahitya Academy. This is the perfect time to reconcile the social and the political to make caste truly invisible in form and content.