Advertisement
Home / Opinion / Learning from the past

Learning from the past

Bengal has a history of peculiar exceptionalism 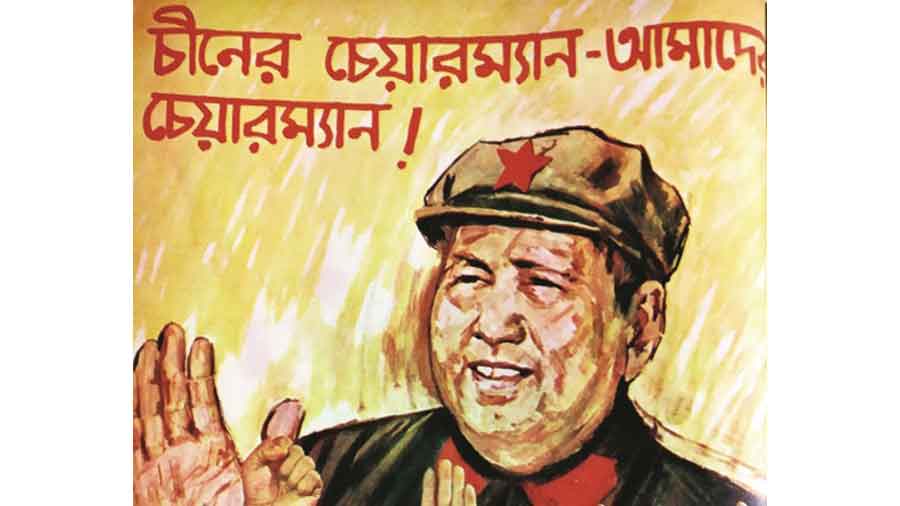 Those of us old enough to remember 1970 will recall the wall writings and agitprop that defined the political turbulence of Calcutta. The one I remember most vividly was a gigantic drawing of Mao Zedong that decorated the façade of a faculty building of Jadavpur University. Clearly visible from the main road, it showcased the millenarianism of a restless and disoriented generation: “China’s Chairman is our Chairman.” Outside, on the streets of a city approaching the dawn of decline, young men and women waved red flags and chanted, “Amar naam, tomar naam, Vietnam Vietnam.”

Depending on your inclination, the mood was either heady or defined by rank insanity.

The inclination of the Bengali Hindu bhadralok to be swayed by global fashion has been a feature since the early 19th century. A defining feature of what is presently called the Bengal Renaissance was the absorption of Western thought, including Christian theology, into the bloodstream of intellectualism. For many stalwarts of this ‘awakening’, the exposure to Western ideas also involved a corresponding rejection of almost everything associated with Bengal’s traditional Hindu inheritance. Although there were others, notably Ishwarchandra Vidyasagar, Bhudeb Mukherjee and Bankim Chandra Chatterjee, who refused to be blown off their feet by this onrush of cosmopolitanism, there were many others who were not so steadfast. It took Swami Vivekananda’s journey to the West and his incorporation of nation-building into Hindu devotionalism to correct the huge loss of self-esteem that had engulfed a section of educated Bengali Hindus.

Following Independence, there was a second wave of regressive disorientation, which was inextricably linked to the steady growth of the communist movement in the post-Partition state. The new ‘progressivism’ which had its impact on politics, the arts and culture, combined disdain for traditionalism with an internationalism that, in effect, boiled down to endorsing one side in the Cold War. It is significant that there was a loose convergence between the emerging communist mindset in Bengal and the socialism that came to be associated with the camp followers of Jawaharlal Nehru. Yet, it is also a fact that in West Bengal at least, the influence of the Left in the Congress was tenuous. In the first two decades after Independence, the state Congress encapsulated traditionalist impulses in society. This meant that a part of the political world in the state was spared contamination.

Although a more rounded assessment of the social and intellectual history of West Bengal since its creation in 1947 is awaited, certain broad features may be identified.

First, there was a close and, sometimes, inextricable link between cultural and political life in a section of bhadralok society. This became more marked after the defeat of the Congress and the forward march of the Communist Party of India (Marxist). The CPI(M) may have claimed to represent the ‘toiling masses’ but its leadership was drawn almost exclusively from middle and lower middle class Bengali society. During the three decades of Left Front rule in West Bengal, the hegemonic position of the Bengali bhadralok wasn’t ever disturbed. The language of politics changed but the messengers of the new ideas remained the same.

Secondly, ‘progressive’ impulses in West Bengal comprised a curious mixture of Bengali asmita and intellectual cosmopolitanism. There was, of course, the spirited adulation of the great heroes of the Left — from Lenin, Stalin and Mao to Ho Chi Minh and Fidel Castro. To this was added a curious preference for the avant garde that included subtitled films, the poetry of Mayakovsky and Pablo Neruda and Russian classics, courtesy cheap editions imported from Moscow. However, unlike the colonial-era Renaissance where the English language played an important role, the dissemination of the Left Front’s progressivism was almost through Bangla. While this ensured that the impulses were more deeply rooted than was the case in pre-Independence Bengal, it also ensured that West Bengal was largely insulated from influences that prevailed in the outside world. The steady brain drain from the state — a process that went hand in hand with the flight of capital and the de-industrialization of the region — also aided West Bengal’s new exceptionalism.

Finally, the hold of this exceptionalism in defining political attitudes and policies was considerable. From the 1920s, after Mahatma Gandhi assumed control of the main body of the Indian national movement, Bengali Hindu society charted its own path — not in opposition, but distinctly apart. This was as true for Deshbandhu Chittaranjan Das as it was for his foremost disciple, Subhas Chandra Bose, and those idealists who flocked to the revolutionary organizations. The Left movement that began flowering after Independence also incorporated this belief in the uniqueness of the Bengali path. After 1967, even those battling the Left on the streets used the proverbial red flag to attack the red flag. Indira Gandhi’s socialist turn from 1969 attracted many followers all over India. However, the reforging of the Congress in West Bengal assumed a distinct character, different from the rest of India. This inheritance was absorbed by Mamata Banerjee’s breakaway movement, at least before it assumed power in 2011. The Trinamul Congress’ successful movement against land acquisition for industry which broke the back of the Left Front and secured support from Bengali intellectuals was, in essence, a movement that incorporated all the Left’s traditional impulses. The exceptionalism of the state’s politics was maintained, even while there was a transfer of power from Jyoti Basu’s successor to Mamata Banerjee.

In the past year, particularly after the TMC was jolted by the rise of the Bharatiya Janata Party in the 2019 general election, the invocation of regional Bengali pride has been a feature of the West Bengal chief minister’s spirited political response. A part of this has incorporated the Left Front’s familiar gripe against the Centre’s alleged neglect of West Bengal. However, unlike the Left which stressed the unity of the ‘toiling masses’ in the fight for ‘people’s democracy’ — a struggle that, in theory at least, incorporated all the peoples of India and even the world — Mamata Banerjee appears to have taken a leaf from the identity-based movements that have made headway in the West. Her assertion that West Bengal cannot be run from Gujarat and by a party of ‘outsiders’ preys, quite predictably, on the old stereotype of the state BJP being a party of Hindi-speakers. There is also some evidence to suggest that a section of the TMC has encouraged — on social media at least — organizations that have combined Bengali pride with a message to kick Hindi-speakers out of the state.

The electoral calculations behind this discernible shift from regional pride — incorporating the exceptionalism of the past — to Bengali exclusivism are quite obvious. In the 2019 general election — if surveys are any guide — the BJP secured the support of more than 55 per cent of the state’s Hindu population. The TMC could save face by winning an overwhelming majority of Muslim votes. Assuming that this Muslim support will be intact in 2021, the idea is to divide the Hindu vote, in the urban and semi-urban areas at least, by creating a schism between Bengali-speakers and Hindi-speakers. The approach builds on pre-existing political impulses of the Hindu bhadralok but complements it with the simmering resentment of those who feel left behind economically.

It is unlikely that the disdain for Hindi-speakers will dominate the TMC campaign. It will, at best, be a proverbial dog’s whistle. What could be more ominous for the future of politics in West Bengal is if this caricature of cultural pride with a garnishing of Left rhetoric actually sways a section of voters. From solidarity with Vietnam to booting out Hindi-speakers, West Bengal politics would have travelled a long way.