The economy has scaled new heights after demonetization and the GST 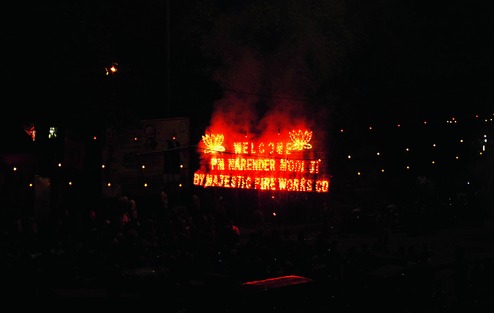 Some 20 months after the great dhamaka, the debate on the consequences of Narendra Modi's demonetization shows absolutely no signs of abetting. On the contrary, a Reserve Bank of India report stating that some 99 per cent of the cash held in demonetized notes had found its way into the banking system has triggered a fresh onslaught against the government by its known critics. It is being argued that this is conclusive evidence that the stated objective of reining in black money has remained unfulfilled.

The government, on its part, has been quick to rebut this claim. The finance minister, Arun Jaitley, has consistently maintained that merely depositing cash into bank accounts doesn't imply that unaccounted wealth has been legitimized. What it however does do is to attach ownership to cash that had been salted away in safes and under mattresses. He has pointed to the fact that large cash deposits in the wake of demonetization have led the tax authorities to issue notices to some 18 lakh individuals and entities to explain the source of their large cash holdings, a failure that has resulted in punitive fines. In his view, "Mere deposit of cash in a bank does not lead to a presumption that it is tax-paid money."

Jaitley's claim is bolstered by statistics of income tax returns filed by August 31, the due date for non-audited incomes. According to a report in The Economic Times (September 2, 2018), "The number of new income tax filers increased nearly a crore in 2017-18, taking the total income tax returns filed to 6.84 crore, up 26% from 5.43 crore in the previous year." According to a statement by the Central Board of Direct Taxes, "There has been a sustained increase in the number of ITRs filed in the last four financial years. As compared to 3.79 crore ITRs filed in FY 2013-14, the number of ITRs filed during FY 2017-18 (6.84 crore) has increased by 80.5%." Disaggregated data by The Economic Times shows the ITRs filed by non-salaried individuals rising from 98 lakhs in 2017 to 2.05 crore in 2018.

These statistics are important in the context of the demonetization debate. While it doesn't necessarily indicate the eradication of black money - income that evades taxes - it does indicate that more and more Indians are now receptive to the idea of keeping to the right side of the law and paying their taxes. Whether demonetization contributed to this change in the public mood may well be left for posterity to judge but certainly many more people now believe that the brazenness with which unaccounted for cash was flaunted is now a thing of the past. Total tax compliance may well be an impossible project in a country as large and economically diverse as India. However, the demonetization jolt has certainly succeeded in rolling back - for the first time in living memory - the tide of black money generation.

Three factors may also have played a part in ensuring a greater measure of compliance.

First, the tax rates which began to be rationalized from the mid-1980s, have stayed benign. The rates of personal taxation in India are no longer a disincentive to the accumulation of personal wealth. The culture of punitive taxation that was a feature of Indira Gandhi's socialism and which encouraged tax evasion has been well and truly discarded. India's tax rates may not be as generous as, say, Singapore and the United Arab Emirates, but it compares very favourably with those of the European countries.

Secondly, the harassment that ordinary people associated with filing tax returns has been addressed by successive governments. Technology has, of course, been an enormous blessing. For example, the details of tax deducted at source for both salaried employees and self-employed professionals are automatically linked to their PAN numbers and uploaded to their tax forms. This has dramatically reduced paperwork and made life simpler for much of the middle class.

Furthermore, the system of delinking individual tax files from specified officers has hit at the heart of corrupt practices in tax offices. Even demands for clarifications are done online and without the individual taxpayer being subjected to time-consuming personal appearances. In addition, according to finance ministry sources, nearly 99 per cent of all income tax returns are accepted without scrutiny.

Finally, the elaborate systems of cross-verification beginning with the PAN and Aadhaar numbers and extending to the goods and services tax registrations of retailers and service providers has acted as a big deterrent to the use of cash for asset building. Although many Indians specialize in gaming the system, it would be fair to say that given the elaborate cross-verification systems at work, it has become extremely difficult - although nothing is impossible - for black money to be used in the purchase of jewellery, automobiles and real estate.

Critics of the prime minister are not able to deny the success of this government in widening the tax base and creating deterrents for the utilization of black money in the productive economy. However, it is their contention that some of the gains, particularly those resulting from the application of technology to revenue generation, could have been achieved without having to take recourse to demonetization of the Rs 1000 and Rs 500 notes. Demonetization, they claim, has hit a section of the semi-formal and unorganized sectors of the economy, sectors that were accustomed to doing business with cash.

The charge is real. It is undeniable that a combination of demonetization and GST saw many small businesses shut shop, rather than go through the hassles of being integrated into the modern economy. However, it is important to keep in mind an awkward reality: many of these businesses, particularly in the informal sector, derived their competitive edge from existing below the tax radar. It was basically the non-payment of taxes the organized sector paid that provided them the margins. The restrictions on cash payments and the chain linkages in GST offered them a stark choice of either integrating into the modern economy or shutting shop. Many, especially those whose annual turnover exceeded the GST exemption threshold of Rs 20 lakh, chose the latter option and this undoubtedly led to the retrenchment of low-paid workers.

It is undeniable that demonetization and the subsequent introduction of GST had a disruptive effect on the economy. However, once the teething pangs were negotiated, the economy has scaled new heights, touching a gross domestic product growth rate of 8.2 per cent in the most recent quarter. More important, recent estimates suggest that 70 lakh formal jobs have been added between March 2017 and March 2018. On its part, GST has added 47 lakh new formal enterprises in the first year of its introduction. This is bound to have a profound impact on the creation of an opportunity society.

When demonetization was announced, most economists were aghast and predicted certain doom. They were focusing principally on the short-term consequences of a move that was principally aimed at introducing a new moral economy for India. Modi used his large reserves of political goodwill to force the pace of modernization in India, holding his nerve as the old order mounted a ferocious fightback. Now, as the dust gradually settles, the benefits of audacity are gradually getting to be felt. It will, however, take a little longer for the narrative to change.

The certifying authorities of economic wisdom were against demonetization and they were opposed to anything but the most perfect GST, ignoring the political complexities involved. Now they are loath to admit they were wrong.