The ban on WeChat has left the 50,000-odd Indians in China wondering how to communicate with their families back home 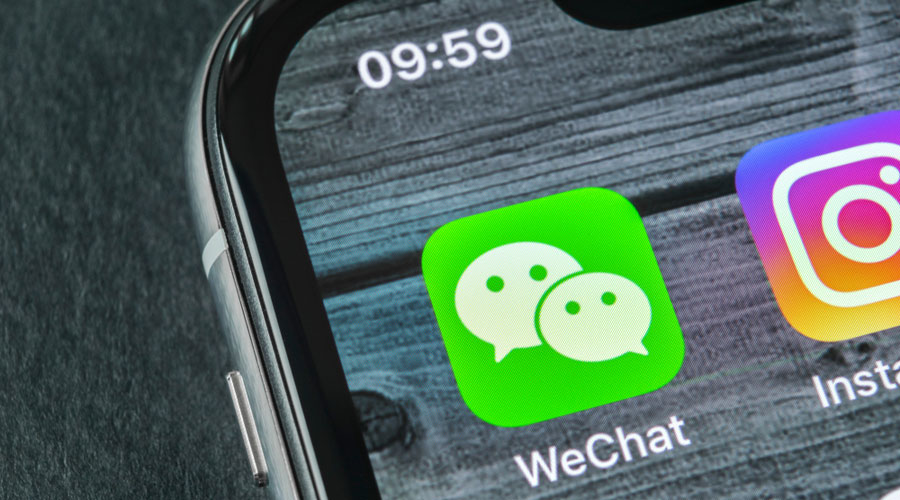 Who would have thought banning an online app could lead to a possible fading away of a rare friendship? The 30-year-old Aixi rang up this diarist late Monday night after finishing her shift at a restaurant. “Your country now is not allowing people to use WeChat,” she said sadly. She had just received a message on WeChat from her friend in Pune, saying that it wouldn’t be possible to chat on the popular social media platform for some time.

Aixi valued this friendship. She had met the Indian way back as a teenager fresh from her hometown, at her first job in a city. For Aixi, the Indian, almost double her age,
became like a foster guardian in whom she could confide all her troubles. After the Indian left China, they kept in touch.

Although her friend had not said why she was discontinuing WeChat, Aixi knew the reason. “I read the news. There are some problems between India and China. I read that some children say they will die fighting Chinese. And they are so young! I think people in power are really mad.”

Aixi was referring to this: “If I had a gun I would kill at least 100 Chinese soldiers before I die”, read a tweet that went viral in India. It was first quoted on Twitter by SCISWorld, the official handle of something called the ‘Strategic Center for International Studies’. Strangely, the original tweet cannot be traced on Twitter.

In spite of this inflammatory tweet having become common knowledge, there is no palpable fallout of the border tensions on Indians yet. Surprisingly, the ultra-nationalist Global Times has published articles quoting Chinese netizens asking their compatriots neither to provoke Indians by their comments nor get provoked by what might be fake hateful messages from Indians. The tabloid even carried an article praising Indians, based on the characters of Bollywood films such as Lagaan and 3 Idiots, which have become mega-hits here. The fact that the inspiration behind the central character in 3 Idiots, Sonam Wangchuk, has called for a boycott of Chinese goods has been mentioned in almost every article on the boycott call. Significantly, Global Times carried five articles on the boycott call in a span of six days.

In an interesting article, Global Times, quoting a Chinese “expert”, categorized anti-China Indians into four categories: “diehards” who have not got over the 1962 war, in which some of them lost loved ones; “ultra-nationalists” who are against any country that they feel hurts their national pride; “anti-China politicians”; and finally, the most interesting category: “intellectuals”, who believe whatever the West says about China.

But one fallout of this dispute is already being felt here. The ban on WeChat has left the 50,000-odd Indians here wondering how to communicate with their families back home. WhatsApp and Facebook are banned in China. Right now families in India are particularly worried. Not all Indians here can afford international calls.
Aixi’s friend had promised to keep in touch over email, but Aixi knew that would not be the same. Apart from lacking the intimacy of a phone call, writing an email in English takes the kind of effort and time that Aixi’s job does not give her the luxury of.

Indians have got used to heartbreaking disruptions in family ties caused by 70 years of Indo-Pak enmity. But who would have imagined a day when friendships between ordinary Indians and Chinese would grow to such an extent that hostilities between the two governments would threaten those relationships.