Advertisement
Home / Opinion / Bamber Gascoigne: A TV presenter and his masterly book on the Moghuls

Bamber Gascoigne: A TV presenter and his masterly book on the Moghuls 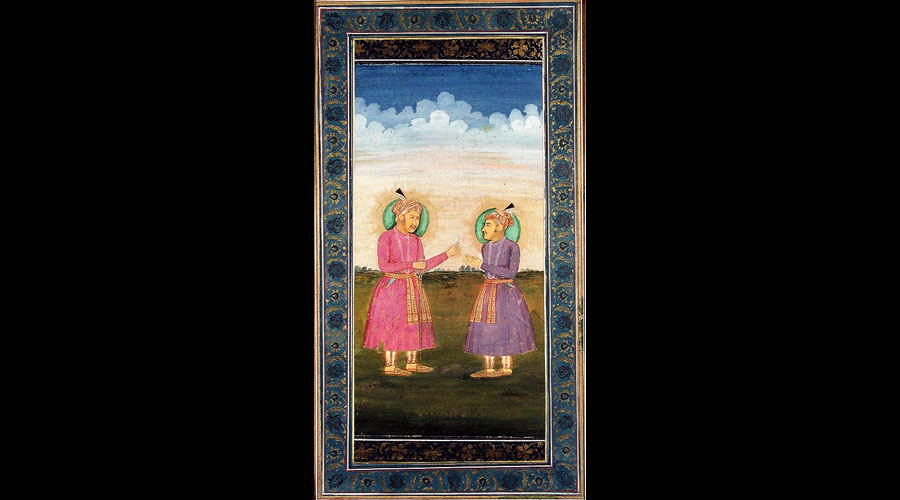 Bamber Gascoigne, who died last week, aged 87, was Jeremy Paxman’s predecessor as the presenter of the TV quiz show, University Challenge. Gascoigne presented the show for 913 episodes from its inception in 1962 until 1987. On hearing of his passing, I immediately looked for my copy of a masterly book he wrote in 1971 — The Great Moghuls — and re-read the chapter on how Akbar’s enlightened policy of religious tolerance gave India stability over 400 years ago.

Gascoigne and his wife, Christina, who studied Persian at university, spent six months in India. He wrote the text; she took the photographs.

When Akbar appointed his son, Murad, as the governor of Malwa at the age of 21, he sent him a letter on the “responsibilities of a ruler”: “Let not difference of religion interfere with policy, and be not violent in inflicting retribution. Adorn the confidential council with men who know their work. If apologies be made, accept them.”

Gascoigne also points out that Akbar did not pursue what would today be called love jihad: “... Although earlier Muslim rulers had married Hindu wives, only Akbar allowed them to practise their Hindu rites within the walls of the royal harem. During his reign more Hindus than ever before were employed in the civil service. Above all, it was only under Akbar that cooperation was a deliberate and passionate policy of state.”

Incidentally, Gascoigne’s 14th-century estate in Surrey, West Horsley Place, houses the Grange Park Opera, which is going to put on a production of Krishna “when the world is crying out for help”.

In 2006, Rahul Bajaj, who recently passed away, made a crucial intervention on behalf of Lakshmi Mittal when the Rotterdam-registered Mittal Steel’s bid for the French-dominated firm, Arcelor, was almost blocked by President Jacques Chirac’s government in France. The Arcelor CEO, Guy Dollé, said he didn’t want Indian “monkey money” and that his company produced “perfume” to Mittal’s “eau-de-cologne”.

I happened to catch Bajaj when he came to London with the former Union commerce minister, Kamal Nath, as part of his delegation. Instead of offering a sound bite after a meeting of the Commonwealth Business Council, Bajaj spoke to me at length and helped, I think, in swinging the Indian government and public opinion towards Mittal. He convinced the French that Chirac, who was going to India on a State visit, would have more to gain if he did not interfere in the looming mother of all takeover battles.

Bajaj told me: “If it [Mittal’s bid] does not infringe anti-trust legislation in the EU, then I don’t see any reason why this offer should not go through if the shareholders at Arcelor accept it. If the shareholders don’t accept it, nobody comes into the picture... If for parochial and narrow nationalistic reasons, it is rejected and not approved under some guise of anti-trust, it will be a shame. Apart from my sentimental and emotional reasons why I fully support this deal, I believe in totality. I am all for globalization. I was told for a long time [when] I was in the Bombay Club earlier [that] I was [a] protectionist.”

As we know Mittal won, for which I think he should forever be grateful to the late Rahul Bajaj.

Last week, part one of a BBC Radio 4 drama first caught my attention and then, had me gripped. A father, Sanjay, dies, decreeing on his death bed that the vast family empire, Hasta Enterprises, should be headed in future not by his son, Dhruv, but by his nephew, Yash. They decide to settle it after Sanjay’s cremation with a roll of the dice.

Sounds familiar? The BBC says of Mahabharata Now: “The Gods, the law, capitalism and politics jostle for power in this modern adaptation of the ancient Indian poem Mahabharata. Dramatised as a gripping family epic set in 21st century Mumbai, this series is powered by the tensions and rivalries of a turbulent business empire.”

I wouldn’t have the courage to do it now, but in 1998 I was foolhardy enough to say yes when the BBC asked if I would talk about Mangeshkar on a radio programme called Distant Divas. The presenter, Kate Mosse, wanted to know about playback singers. I had to choose six songs which I did after widely consulting friends and relatives in the United Kingdom and in India. But the last song was the one I loved best of all — “Dil hoom hoom kare” from Rudaali.

I ask all Indians who have been to Fitzwilliam College, Cambridge: “Did you know Subhas Bose was at your college?” Sir Shankar Balasubramanian, a chemistry professor at Cambridge, who studied there between 1985-1991, said he did, adding “there are a few prominent Indians over the history of Fitzwilliam”. They include the ninth president of India, Shankar Dayal Sharma, the astrophysicist, Jayant Narlikar, and the lawyer, Sachindra Chaudhuri.