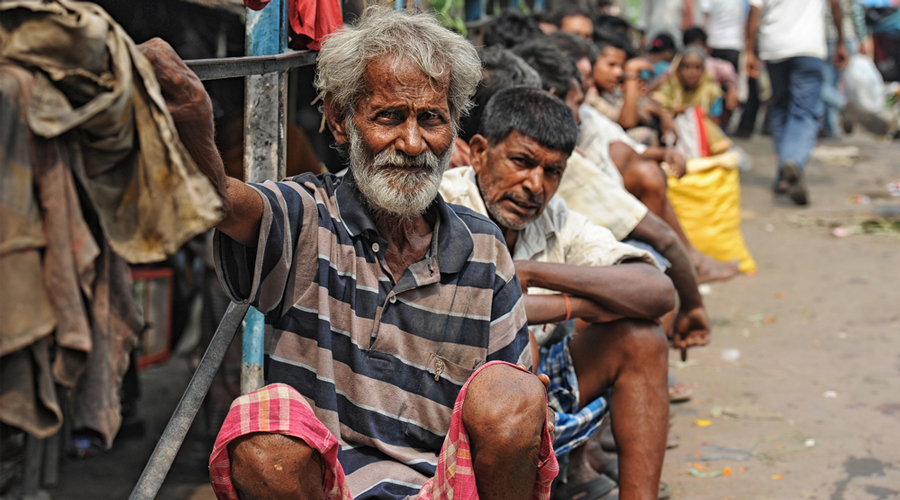 The human vocabulary is constantly expanding with new words and with old words being used in new ways. In the Covid-19 era, phrases like ‘social distancing’, ‘handwashing’, ‘be kind’, ‘be humble’ and so on have become bywords for practices to contain the virus. However, a study of prejudice and bigotry shows that these terms can represent discrimination too.

The call to ‘wash hands’ assumes everyone has equal access to water. In India, an estimated 163 million people do not have access to clean water. One of the major causes of this is a myriad forms of ‘social distancing’ put in place by racism and casteism. Historically, one reason for communities being kept at the fringes was to limit their access to common resources; it ensured their subservience. This attitude continues in various permutations today.

In modern India, the caste system remains deeply entrenched. Although a crime, caste prejudice plays out daily in a variety of ways. In rural India, ancient tradition and modern-day enforcement prevent lower castes from accessing water from community sources. In urban areas, socialization of bigotry translates into official apathy. A statistical compendium, published by the ministry of housing and urban poverty alleviation, found that in urban areas the population of scheduled castes in slums was higher than of those not living in slums. It correlates to the fact that inhabitants of slums have limited access to water, sanitation and sewerage. Similar issues are faced by the Black people in the United States of America. A report from the Thurgood Marshall Institute at the NAACP Legal Defense and Educational Fund titled, Water/Colour: A Study of Race and the Water Affordability Crisis in America’s Cities, found “a clear connection between racial residential segregation and Black access to water systems.” A consequence of rising water supply prices for communities of colour is the loss of their homes.

Religious infusions give discrimination credibility and proselytize its praxis. The belief in the divine origins of the caste system and the concepts of rebirth and karma justified prejudices and ensured victims accepted their situation without a murmur. Slave traders and owners selectively quoted the Bible to validate their inhuman practices. Later, the prejudices from these narrow interpretations were fortified with illegitimate science and the economics of exploitation. It transubstantiated into laws that aided the transmission of racism through the community. Over time these were reinforced, socialized and institutionalized, so much so that their vestiges continue to exist even after the abolishment and the criminalization of their practice.

Paradoxically, acts of kindness and humility — integral to socio-religious obligation — never hindered bigotry. Thus, such edicts as ‘be kind’ and ‘be humble’ could not cross the boundaries of race and caste. Generosity, kindness and other forms of altruism were limited to the tangible and directed towards saving the self. Temples in India were, and still are, recipients of large donations. The social walls of the caste system prevented the lower castes from receiving the charity of the upper castes. Humility, viewed as a character trait, enhanced one’s standing amongst peers. Hence, it was restricted to those of higher or similar castes. However, humility translating into respectful treatment of lower castes could lead to lowering of one’s social standing.

The Christian belief that ‘god made man in his own image’ did not extend to slaves and people of colour. Displays of respect, chivalry, kindness were contained within White society. Attempts to protect this way of life led to Christian fanaticism and white nationalism. Their followers were further emboldened by segregationist laws. By the time these laws were abolished, racism had been institutionalized. Society had not only been inoculated to the horrors of racism but had been afflicted by unconscious biases. Today, Donald Trump has re-invigorated racists.

In India, the ‘community transmission’ of discrimination was incremental, growing from inside out. In Indian Cultures as Heritage, the historian, Romila Thapar, suggests that the division of society into castes was an outcome of early families setting up an organizational structure. She also indicates that skin colour and difference of language led to some communities being kept at bay. Such segregations would have perforce influenced interactions. Later, the attribution of these units’ creation to the divine and birth becoming the arbiter of inclusion in a unit made this compartmentalization inviolate. Development of religious rituals, the introduction of social behaviour and customs, and the use of violence ensured normalization and adherence. The ‘herd immunity’ achieved through centuries of practise of, and indoctrination to, casteism makes it par for the course today.

Covid-19 reiterates the fact that deeply embedded prejudices impede the delivery of healthcare to minorities. If the virus provided an opportunity for a dialogue about the many cascading consequences of racism and bigotry it was lost to discussing the calamitous decisions of national leaders bumbling through varied virus containment strategies. The terms that define actions to protect us from the virus should serve as a reminder of the need to prevent bigotry.