India already has perhaps the toughest censorship regime; the new move risks feeding further into the growing idea of the country as an 'illiberal democracy' 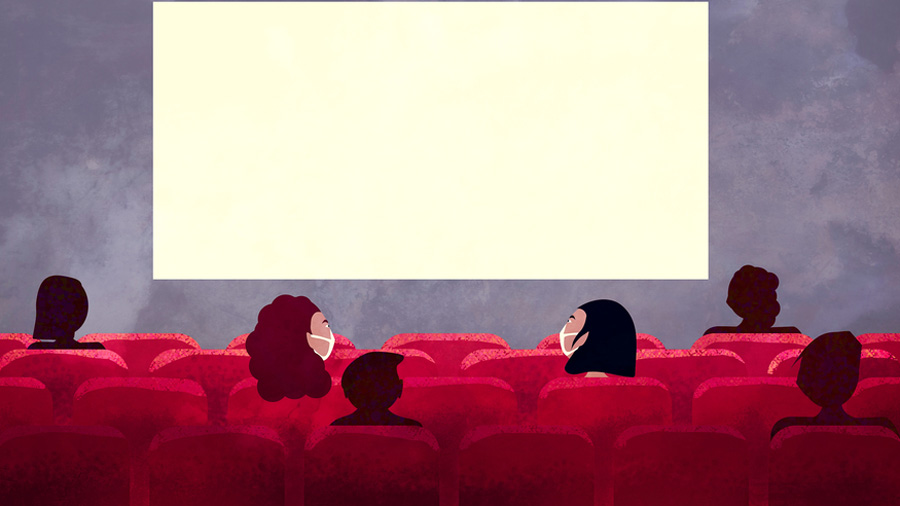 The cinematograph (amendment) bill, 2021 proposes to give the Central government powers to ‘re-examine’ films already cleared by the Central Board of Film Certification, and to reverse the original decision of the board “if the situation so warranted”.
Shutterstock
Hasan Suroor   |   Published 05.07.21, 12:27 AM

In the world of public relations communications, the trick to ensure that a negative story has minimum impact is to “bury” it on a “good day” which, in PR parlance, means a news-heavy day, when the attention is likely to be diverted by other big developments. And, invariably, it works.

For the Union information and broadcasting ministry, June 19 was such a day. With the front pages dominated by the Twitter row, Milkha Singh’s death, the scandal involving fake Covid tests and new developments in Kashmir, it quietly pushed out details of the government’s controversial plan to create what will effectively be a “super” film censor as part of a radical overhaul of the existing film censorship regime by amending the Cinematograph Act, 1952.

Sure enough, the news went almost unnoticed, as MIB mandarins had hoped. Many newspapers and television channels didn’t even pick it up on the first day. But, of course, film-makers noticed, and were surprised that such far-reaching changes were being sought to be pushed through so casually — almost stealthily. A number of high-profile figures such as Adoor Gopalakrishnan, Hansal Mehta and Anand Patwardhan have since spoken out, describing some of the proposed amendments as “regressive” and “dangerous”.

Most controversially, the cinematograph (amendment) bill, 2021 proposes to give the Central government powers to ‘re-examine’ films already cleared by the Central Board of Film Certification, and to reverse the original decision of the board “if the situation so warranted”. In other words, the CBFC will be stripped of its status as the sole authority on film censorship matters, with the Centre itself assuming the role of the final arbiter of a film’s destiny.

Critics fear that the whole process of film certification could become politicized once ministers and bureaucrats get involved. Although the CBFC will continue to be the first port of call for film-makers seeking an exhibition certificate, its independence is likely to be compromised as it will be constantly trying to anticipate and second guess the government’s reaction to its decisions. This, in turn, will colour its judgment as it will hesitate to clear a film which it might feel would not sit well with the ruling party’s ideological sensitivities.

There are fears that the proposed dispensation will put film-makers at the mercy of ministers, with a film’s fate being determined by the political fashions of the day rather than its artistic merit. It would also embolden partisan pressure groups to harass film-makers they don’t like. For all the noise and bluster, the truth is that so long as there is a professional review process in place, and once a film is cleared for screening, the capacity of such groups for mischief is limited. For example, Anand Patwardhan’s Ram Ke Naam survived attacks from right-wing Hindu groups because it had been cleared by the CBFC after reviews. He has said that groups like the Bharatiya Janata Party’s students’ body, the Akhil Bharatiya Vidyarthi Parishad, tried to stop its screenings, but because it had a censor certificate, they could not do anything.

The new law will have the effect of boosting their nuisance value by undermining the sanctity of the board’s decisions, not to mention that film-makers will have the shadow of fear constantly looming over them as the government will have the power to ban a film any time it feels such an action is “warranted” in the interest of national security, public order, decency or morality among other things.

Although such a provision also exists in the present law, it cannot be used, given that it was stayed by the Karnataka High Court after the Kannada film-maker, K.M. Shankarappa, challenged it way back in 1990. The ruling was later upheld by the Supreme Court, and the provision remains inoperative. The new law will reinstate it, setting the clock back to the 1990s.

Film-makers are concerned as much by the nature of proposed changes as by the timing of the government’s move. In the midst of a pandemic and a looming economic crisis, surely there are more pressing matters that need its attention? I would argue that it is precisely during a crisis, when public attention is diverted, that governments tend to accumulate more powers, and smuggle in policies that may not have an easy ride in normal times.

We are looking at sweeping changes with chilling implications for independent film-making. Yet there were no consultations with the film industry. Ostensibly, comments have been invited from the public, but given the tight deadline — the draft bill was released on June 19, and the last date for submitting comments was July 2 — it looks more like a box-ticking exercise.

Given the government majority in Parliament, there’s little doubt that the bill will go through. But at what cost to free speech and India’s reputation as an open and free society? Among liberal democracies, India already has perhaps the toughest censorship regime, with the government so heavily involved in the business of film censorship. The new move risks feeding further into the growing idea of India as an “illiberal democracy”.