A mountain of concern

How would limited resources and the fragile ecology of the hills contain the many-fold increase in tourists? 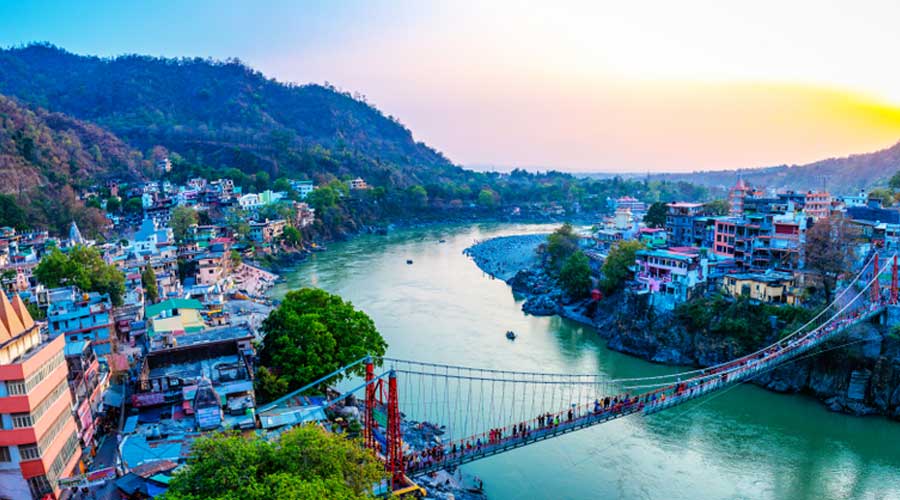 Ecological concerns are getting overridden by political-economic gains. The Supreme Court judgment on the Char Dham highway development project is being criticized for this very reason. The Rs 12,000 crore project to develop 889 km of four-lane roads in Uttarakhand connecting Kedarnath, Badrinath, Gangotri and Yamunotri shrines along with the Tanakpur-Pithoragarh stretch on the Kailash Mansarovar yatra route is meant primarily to promote tourism. But the idea of this kind of tourism is informed by reckless consumption. How would limited resources and the fragile ecology of the hills contain the many-fold increase in tourists?

Ironically, the prime minister dedicated this project to those who lost their lives in the flash floods of 2013. Only an exceptional apathy prevents people from connecting the disasters of 2013 and of February 2021 in Chamoli — they led to massive destruction and loss of lives — to the onslaught of tourism, infrastructure development and hydropower projects clogging the upper reaches of the Ganges. Deforestation, heavy blasting and deep cutting of mountains and the disposal of muck in the rivers continued unabated. This has led to the creation of new, active landslide and debris-fall zones, rise in road blockages and accidents, and greater chances of floods. These ‘development’ projects have brought ruin to the entire region.

In the 1970s, locals began the Chipko movement to oppose the earlier forms of the ‘development mafia’ that has now taken hold of Uttarakhand. They opposed the associated inequalities in resource distribution, even as they fought against deforestation and commercial forestry. The epicentres of the Chipko movement, such as the Joshimath region, however, have now become the focal points of hydropower projects. The questions and agenda of the Chipko movement are thus very much alive. The people of this region continue to question the rationale of permitting destructive hydropower projects in their sensitive geography, especially when they have been debarred from grazing their cattle, taking herbs, or cutting grass from inside the protected zones in the name of conservation. This has led to the severing of their organic links with their environment and curtailing their livelihood that was dependent on it.

A sense of betrayal is paramount among the descendants of those who led the Chipko movement because of the paring down of their rights over natural resources. Many of them have become petty contractors or are employed as workers for constructions that have shaken the foundations of their homes. Villages in Joshimath are struggling to bring to the attention of authorities the cracks in their homes as well as destabilized mountain slopes weakened by the blasting and tunnelling for hydropower projects. Their homes have become unsafe for living raising a need for displacement, threatening their identities associated with the places they inhabit. Reini — Gaura Devi, one of Chipko movement’s pioneers, hails from this village — had appealed for rehabilitation after the February 2021 flash floods, demanding accountability from hydropower corporations. The Uttarakhand High Court rejected their appeal, labelling it as an abuse of PIL jurisdiction, and even penalized them. The villagers have  appealed in the Supreme Court.

The past lives on for the local people; so do the symbolism and the consciousness of the Chipko movement. The essence of Chipko — the importance of a symbiotic relationship between villagers and the fragile Himalayan ecology for both to exist and thrive — remains as relevant as before. What needs to be recognized is that for this relationship to thrive, the rights of the villagers over forests, land and rivers are to be protected, not short-changed. The mountains are, first and foremost, for their dwellers who have tended to them, treading on them lightly, striving to maintain a fine balance between livelihood and conservation. The mountains should not be reduced to monuments and spectacles of technological ingenuity and ostentatious development projects.

Shruti Jain is a postdoctoral fellow with the Institute of Economic Growth, Delhi