Advertisement
Home / Opinion / A crime against humanity: Systemic racial bias in the US

A crime against humanity: Systemic racial bias in the US

Racism in America cannot be mitigated, much less eradicated, without addressing the racist psyche that controls white perceptions and sentiments 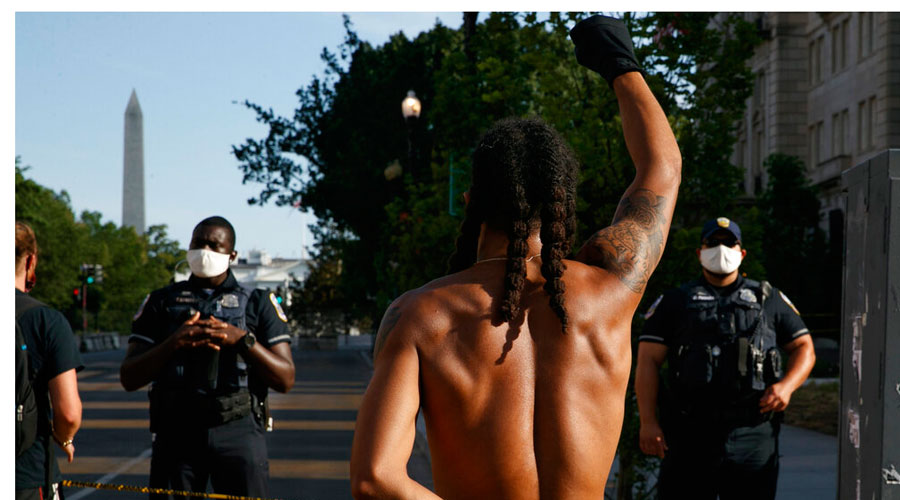 Donald Trump set himself out to make America rich again. Powerful again. Great again. It is a bitter lesson in history that every society progresses at the expense of the poor and the vulnerable. To fatten a tiny section of society, a large section of people has to be bled and degraded. In the age of barbarism, one tribe became richer by conquering another and enslaving its able-bodied men. In the age of civilization, one race does the same to another.

In the days of the Industrial Revolution, a microscopic segment of society — the capitalists — fattened itself on the misery of the working class, which was reduced to abject poverty, ill-health and premature death. In The Condition of the Working-Class in England in 1844, Friedrich Engels points out that the average lifespan of the proletariat in England at the time was less than 20 years. Euro-American progress resulted, in the main, from two sources — the economic exploitation of the colonies; the employment of slave labour. The African-American issue is a relic of those infamous days.

It is not as if changes have not come about. They have. But the main change is that black lives have become cheaper by far. To see this in perspective, consider the data presented by Samuel Williamson of Miami University. He points out in “Measuring Slavery in 2016 Dollars” that at the time of the South seceding from the Union, “the purchase of a single slave represented as much as $150,000 and more in today’s prices.” Of course, all black slaves did not fetch the same price. Prices varied. A muscular slave fetched more than his emaciated brethren. Enslaved blacksmiths cost 55 per cent more than unskilled slaves. Carpenter slaves were next in demand and price. Cooks and domestic helps figured least in the scale of slave value.

What is the value of an Afro-American life today, skilled or unskilled? Going by the George Floyd case, it is less than $20. Floyd was accused of tendering a counterfeit 20 dollar bill at a store. But that was not the reason Floyd was choked to death: he was killed because he was black. All crimes assume special tones and colours when seen through the prism of racism. No white neck would have been crushed under the knee of a policeman, aided and abetted by three accomplices, for $20.

It is dishonest and mischievous to caricature the murder of Floyd as resulting from the perversity of a few ‘bad apples’. There is only one bad apple: that is the system poisoned by racism. The white man himself is also a victim. Racism is a disease. All diseases make its victims ill. The injustices the whites have in the course of history inflicted on the blacks will not die away. Deep-seated insecurity is the price a race pays for past atrocities. That is why racism is so very hard to eradicate. From the racist perspective, the brutalization of the victim is the only source of security and reassurance.

Racism in America cannot be mitigated, much less eradicated, without addressing the racist psyche that controls white perceptions and sentiments. Trump threatens to throw the army at the protesters — ‘when looting begins, shooting begins’ — because he knows this white psychology of primordial insecurity is real and powerful. It is an electoral gold mine waiting to be exploited. The most powerful way he can appeal to the racist residue of atavistic insecurity is by demonstrating the power ‘to dominate the space’. In this ‘space’, the army will be the sentinels of white interests, showcasing the power of America.

Trump’s strategy of projecting the might of the army is aligned with his strategy of co-opting god on the side of the whites. Surrounding himself with iron fists of State power, amidst those who were crying out for justice in the streets exercising their rights under the First Amendment, he flaunted the Bible. Of course, he does not know that somewhere in that Bible are the words, ‘Put down the sword. He who takes the sword shall fall by it.’ Today, the sword is not the arms wielded by the police or the National Guard or, tomorrow, the army. The sword is racism.

That is why nothing less than radical systemic changes will do. But who will change the hearts and minds of those who abuse the system?