Advertisement
Home / Opinion / A child’s death that did not matter

A child’s death that did not matter

A forensic team was not asked to go to the spot of the blast till everything had been cleared, because nobody was present on a holiday to order it to do so 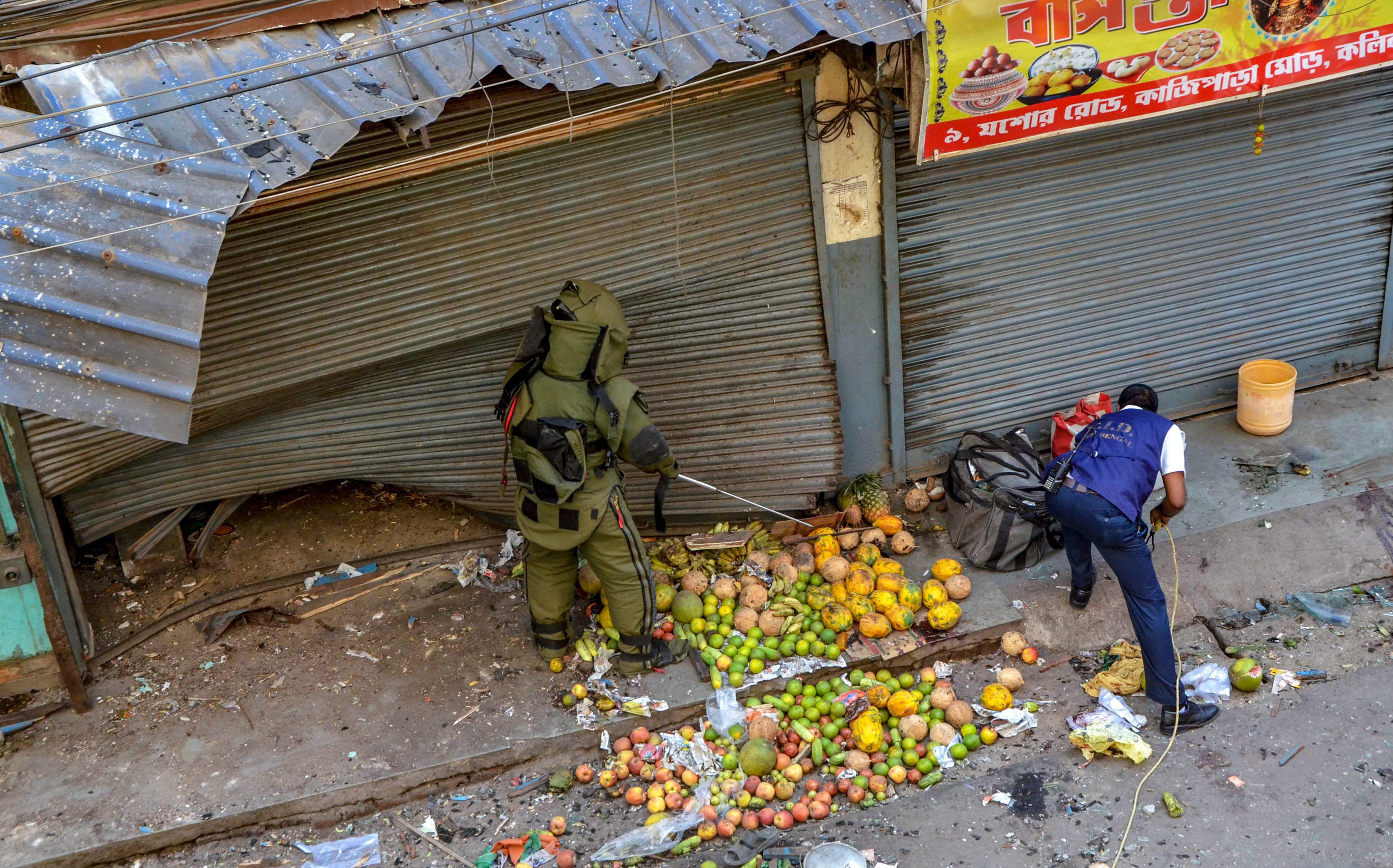 A bomb disposal squad member inspects the site of low intensity bomb blast at Kazipara, Nagerbazar area of Dumdum, in Kolkata on Tuesday.
PTI
The Editorial Board   |     |   Published 03.10.18, 07:55 PM

Wars, both open and covert, are killing children and non-participants every day all over the world; India is far from innocent of the toll that the second kind extracts. There is another kind of killing — the kind that erupts out of nowhere in the midst of peaceful civilian life for no apparent reason except perhaps petty personal or political rivalry, maybe poorly planned revenge shorn of any hint of humaneness or consideration for the destruction of innocent lives. It is this last kind that killed little Bibhash Ghosh on the day of Mahatma Gandhi’s birth anniversary. A blast from a bomb that is said to have fallen eight feet to the ground a little after nine in the morning fatally injured the boy who was talking with his mother on a street in Nagerbazar in Dum Dum, Calcutta. Together with his mother, 10 people were injured, two of them critically. The boy’s mother works as household help, while among the other wounded persons was an elderly physically challenged man and a fruit-seller sitting on the roadside with his wares.

Does this death matter? Or these injuries? The chairman of the South Dum Dum municipality, whose office is housed in the building before which the bomb went off, believes he was the target. The Trinamul Congress and the Bharatiya Janata Party have immediately got into their favourite game of mutual accusation — did the BJP do this or is it TMC factionalism? Apparently, that is all that matters. The politicization of every aspect of Indian life has led to an obscene imbalance in priorities that helps gloss over the killing of some of the most vulnerable members of the population while obscuring the scale at which violence has become a part of everyday life. These are hardly worth comment. The indifference is underscored by the fact that the mobile forensic team was not asked to go to the spot till everything had been cleared away because nobody was present on a holiday to order the team to go there. Does this mean that the criminals will get away yet again?