Operations to be carried out in Bhuyanpara range of national park 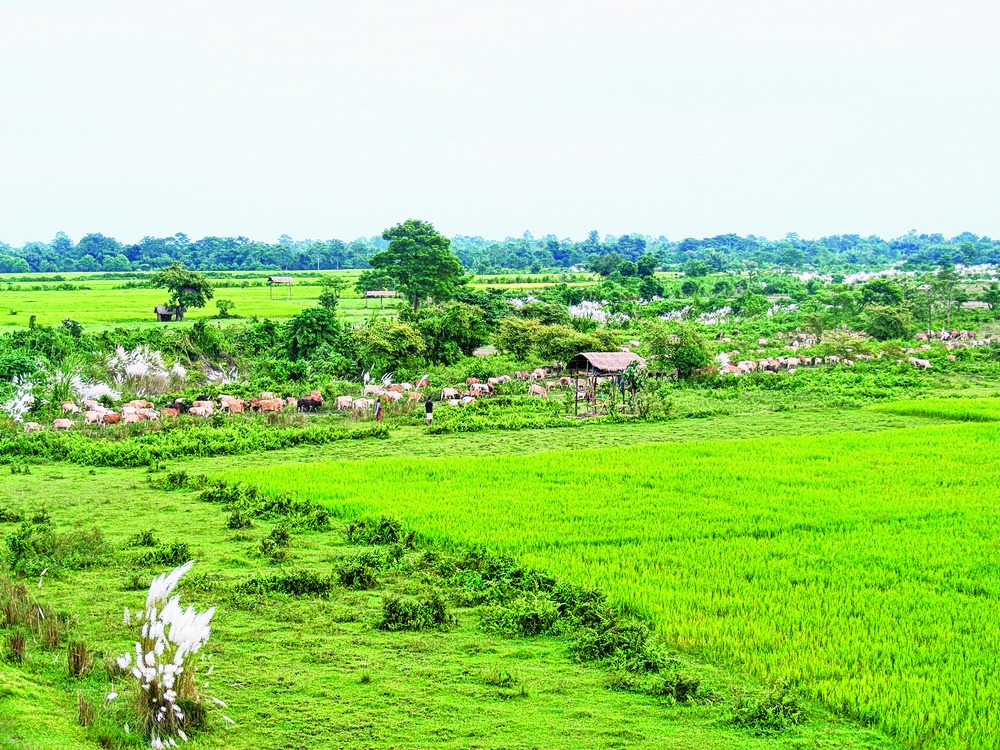 The eviction will be carried out at the Bhuyanpara range of the park where of late poaching of rhinos has taken place. Eviction notices have already been served to nearly 700 encroachers.

Of the 10 rhinos poached in Manas, five were in Bhuyanpara, the eastern range of the park.

"Full cooperation has been received from the police and the administration to carry out the eviction. We hope it will be carried out successfully," Manas National Park field director H.K. Sharma told The Telegraph.

The eviction operation could not be taken up earlier this year because of Assembly elections.

The park has already informed the World Heritage Committee (WHC) of its decision to carry out eviction in December.

"The terai grasslands at Bhuyanpara are best for rhinos, pygmy hogs, elephants and must be protected," a source said, adding that though the encroachments are not permanent in nature, they need to be demolished or else the situation would take a serious turn.

The park, in its state of conservation report to WHC, said, "The encroachment is not of a permanent nature and the people from at least 30 villages from nearby areas participate in clearing and cultivating small portions of grassland. Such encroachments were often backed and controlled by armed goons who have been identified and the information shared with intelligence authorities. A reconciliatory attempt to talk to the encroachers and come up with an amicable solution was also taken up by the park authorities in 2011 with support from the local NGOs."

The report said the park has planned to engage some more armed home guards for area domination immediately after the eviction.

The camps at Khoirbari, Agrang, Panda, Betbari, Maozi and Tangunmara will accordingly be strengthened with additional forces to meet the challenges.

The park authorities will start erection of a new boundary pillar. In some places, trenches will be dug to demarcate the park boundary to check further encroachment.

The park lost two rhinos this year of which one was in Bhuyanpara range. The park has lost 10 rhinos after it got back its heritage tag in 2011.

"Despite many efforts, Manas is yet to be free from the global poaching crisis. Since 2012 poachers have killed 10 introduced rhinos, all adult males. This is affecting the population growth pattern of rhinos. At present 60 per cent of the rhino population is concentrated in Bansbari range (central range) of Manas and rest 40 per cent in Bhuyanpara range (eastern range) of Manas," the report said.

The present area of Manas National Park is 850 square km, of which 350 square km was added this year.

Union Bank of India today donated a vehicle for wildlife veterinary services in Manas to the Wildlife Trust of India (WTI), as part of its corporate social responsibility activities.

The WTI will use this vehicle for transportation of sick and injured wild animals and monitoring rehabilitated wildlife in Manas.