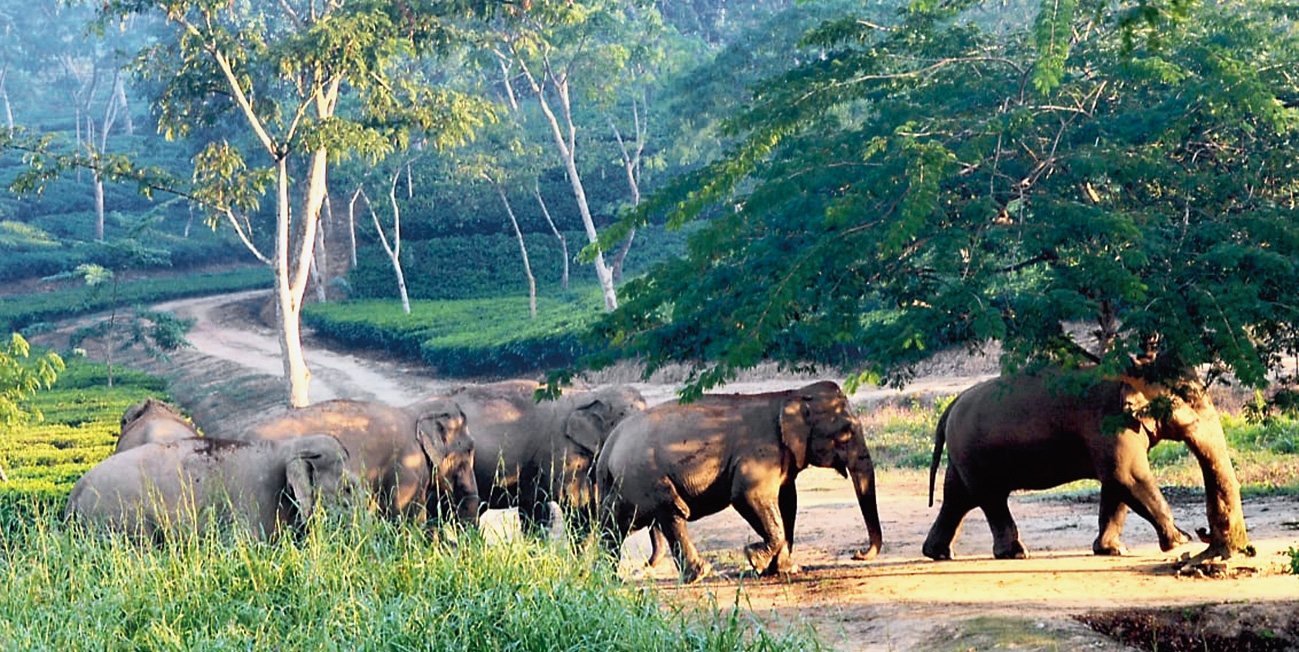 Wildlife experts say the only way to save the elephants in the Patharia reserve forest in Karimganj district of Assam is through joining hands with Bangladesh for biodiversity conservation.

A study — Importance of trans-boundary conservation of the Asiatic elephant in Patharia hills — published in the current issue of the Journal of Threatened Taxa by researchers at the Assam University, Silchar, said initiating any conservation action for the area is comparatively difficult as this deserves joint initiatives of both the countries.

It said in order to protect the wildlife and their habitats, the two countries —India and Bangladesh — can join hands as they have done for the conservation of biodiversity in Sunderbans in 2011.

The study has been done by Parthankar Choudhury and Nazimur Rahman Talukdar of Assam University and Rofik Ahmed Barbhuiya of Udhayan, a local NGO.

The Patharia hills reserve forest occupies an area of 76.47 square km and is situated on the western side of Karimganj district and eastern side of Sylhet district of Bangladesh.

“If conservation action is not taken up right now, the reserve forest will be a dense human settlement area without any trace of wildlife in the near future,” the study says.

“There are only six elephants (all females) in the reserve forest and translocation of a male elephant is the need of the hour and has to be done by the government on a priority basis for their sustenance in this patch on the Indo-Bangladesh border,” Parth-ankar Choudhury of department of ecology and environmental studies, Assam University, told The Telegraph.

“We have been raising this issue for the past three years but there has been no response from any corner till date.”

The elephants are now divided into two small herds, three in each group and it has been observed that one herd always follows the other. They stay on both sides of the forest (Indian as well as on the Bangladesh portion) and cross the border frequently. The elephants have broken the border fences and use the route as their migratory corridor.

“Locals say they have no problem in improving the reserve forest but are demanding protection from crop raiding and other damages caused by the elephants. It has been our observation that the majority of the people have a positive attitude towards conservation of the elephants. They strongly believe that if stern action is not taken by the government and the forest department, the forest might lose its identity,” the study said.