Assam rights group help 1,000 poor, unlettered and those excluded from the final draft of the NRC 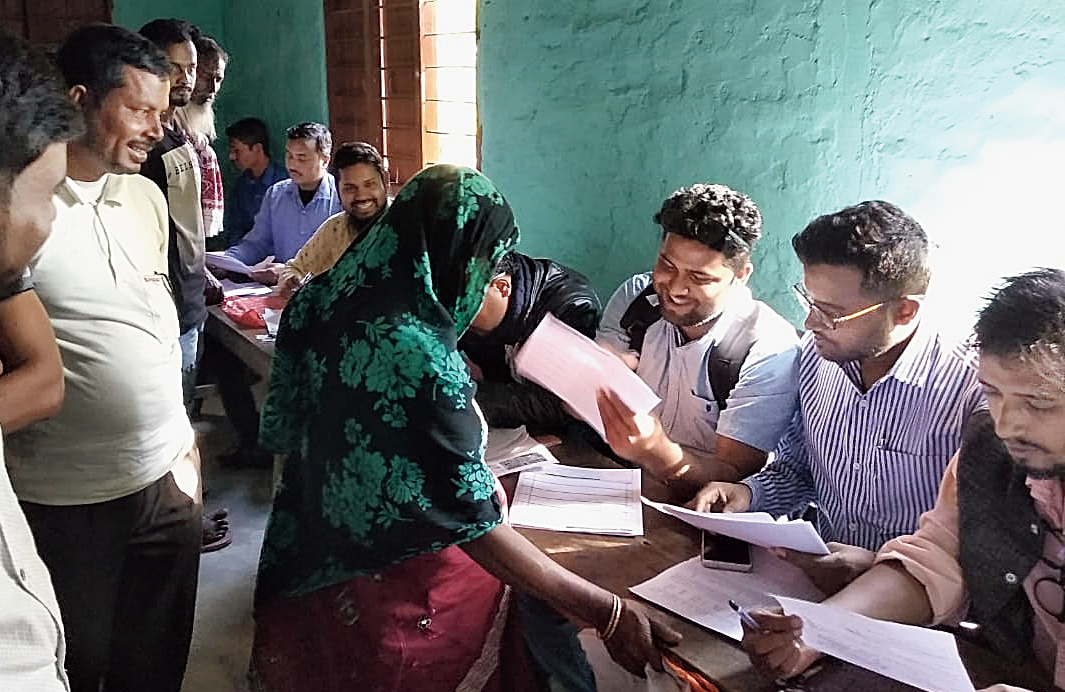 Assam rights group Association for Protection of Indian Citizenship Rights on Sunday organised a consultation programme in Barpeta district where 1,000 poor, unlettered and those excluded from the final draft of the National Register of Citizens were given assistance to fill the claims form for inclusion in the register.

The exercise also enabled people, earlier declared foreigners or doubtful voters, but who had won their cases in foreigners tribunals, to file their claims forms with the help of volunteers.

Only 5.5 lakh people of the over 40 lakh excluded from the final draft NRC have submitted their claims till November 30. The claims and objections process began on September 25 and will continue till December 15, according to the deadline issued by the Supreme Court on November 1. After this, the deadline for issuing notices to claimants for hearing is January 15, 2019. The verification process will begin from February 1.

The consultation programme, which was organised at Arvut on Barpeta Road, will continue on Monday at a different location in neighbouring Baksa district, and also next week.

According to the group, applicants from Tamulpur in Baksa district, Howli in Barpeta district and other places like Bhaktaduba, Salbari, Milanbazar, Bahbari, Govardhan, Anandabazar, Bogoroguri and others, located within a 100-km radius, turned up at Arvut for filing up the claims form.

The volunteers noticed 10 common issues faced by the applicants: complexity arising out of the cut-off date for linkage documents which is August 31, 2015; inability to comprehend the reason for exclusion from the final draft NRC from the terminology provided by respective NRC Seva Kendras; inability to understand ways to fill up the claims form; names entered erroneously while filling forms when the NRC process began in 2015 and wrongly inserted surnames while submitting fresh documents. Besides, they were not being able to submit documents for children for being unlettered; married women were unable to submit marriage certificates issued by gaon panchayats, which were rejected; inability to write the grounds upon which to base their claims; complexity arising after being “wrongly identified” as doubtful voter, declared foreigner or case pending at foreigners tribunal and non-issuance of a model form.

“Based on the observations made while filling up the forms, we explained to the people how these issues can be addressed. Almost all those who had turned up today are poor and uneducated. They have no clue about these issues. NRC is the biggest citizenship exercise in the world and it is important for Assam. But genuine citizens shouldn’t be left out. Since most of them are poor or illiterate, many of them were unable to comprehend the claims process and how to fill up the form,” said Shajahan Ali Ahmed, general secretary of the organisation.