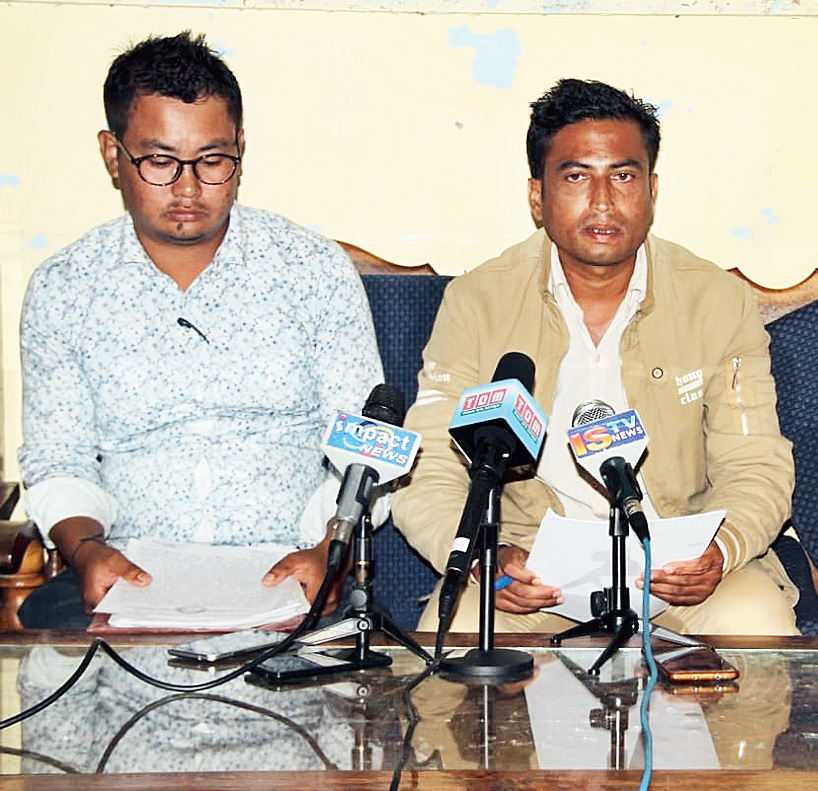 The All Manipur Public Health Engineering Department Die-In-Harness Appointment Demand Committee has called a 24-hour statewide strike on Thursday demanding the recruitment of the kin of the departed employees of the department under the die-in harness scheme.

The strike is scheduled to begin at 6pm on Thursday.

Demand committee secretary Md Burhanuddin on Tuesday said the strike was called following the state government’s recent decision to recruit 658 applicants in 16 departments, as published in a local daily on October 21.

“Till today no one from the health department has been appointed under the die-in harness scheme, while the other departments are recruiting under the same scheme,” Burhanuddin said.

According to the members of the committee, there are 197 names seeking appointment under the scheme from 2001 till June 2017.

“We have been waiting for more than a decade. No one from the list is recruited to fill vacant posts of the department. Only fresh job seekers are recruited,” Burhanuddin said.

The demand committee members had met chief minister N. Biren Singh on Meeyamgi Numit (People’s Day) on June 15, 2017, and on September 24 and had tabled their demand.

“We have also submitted memorandums to the concern authorities on October 20. We were assured that our demand would be fulfilled, but none from the department were included in the recent appointment order,” Burhanuddin said.

“We had cautioned the government that we would call a 48-hour strike on November 15. But till now we haven’t got any response from the government. So, we will stick to our agenda of imposing the general strike, but we have reduced the duration to 24 hours as we don’t want to inconvenience the people,” he said.

The strike will exempt essential services, religious ceremonies and media, said the secretary.