Advertisement
Home / North-east / Three’s a crowd on a bike

Three’s a crowd on a bike

A motorcyclist with more than one pillion rider on a two-wheeler is liable to be fined Rs 1,000 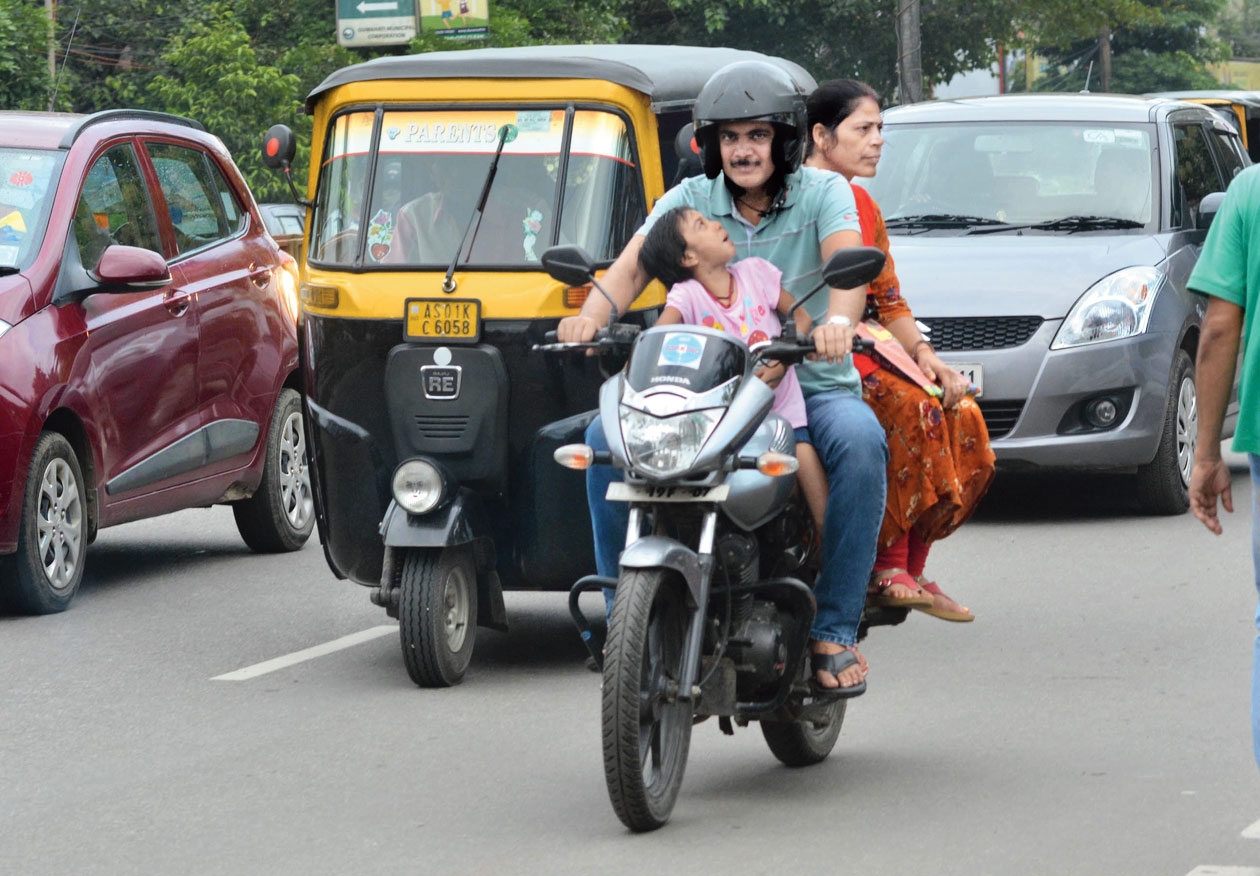 Twins Borbie and Sona, 5, have to stay back at home with their grandmother these days whenever their parents go for a scooter ride, courtesy the Motor Vehicles (Amendment) Act, 2019, which came into effect this month.

As per the new rule, a motorcyclist with more than one pillion rider on a two-wheeler is liable to be fined Rs 1,000, 10 times more than the earlier penalty amount.

Therefore, the familiar image of a middle-class family with parents and a child on a two-wheeler has become a rare sight in Tinsukia.

With traffic cops on an enforcement spree, couples think twice before commuting with their children on their two-wheelers.

Borbie’s father, Sanjib Sengupta, a resident of Durgabari Colony here, said: “The new rule will curb accidents but I am also worried whether I can take my both children together for a ride. I drop both my daughters to school here at Rupai Siding on my bike but after attending an traffic awareness programme in Tinsukia recently, I came to know about the new MVA Act, 2019, that prohibits triple riding on a motorcycle.”

Chandan Banerjee, a Guru Ravindra colony resident, said: “I, along with my wife and our four-year-old daughter, visit relatives or go for shopping on weekends. I don’t know if taking our daughter with us on the bike constitutes an offence as per the new rule. I can’t afford to pay Rs 1,000 as fine.”

A senior traffic police official said according to the new rule, children younger than four years are not supposed to travel on two-wheelers as pillion riders and those aged four and above must wear helmets. The official, however, added that the rule is not being implemented strictly as two-wheelers are the only mode of transport for middle-class families.

Milon Tirtha-resident Nikhil Biswas felt the rule must be enforced without second thoughts. “Rules are meant for people’s safety. People should me made aware of it.”