Staff rescue mission on at Umrong 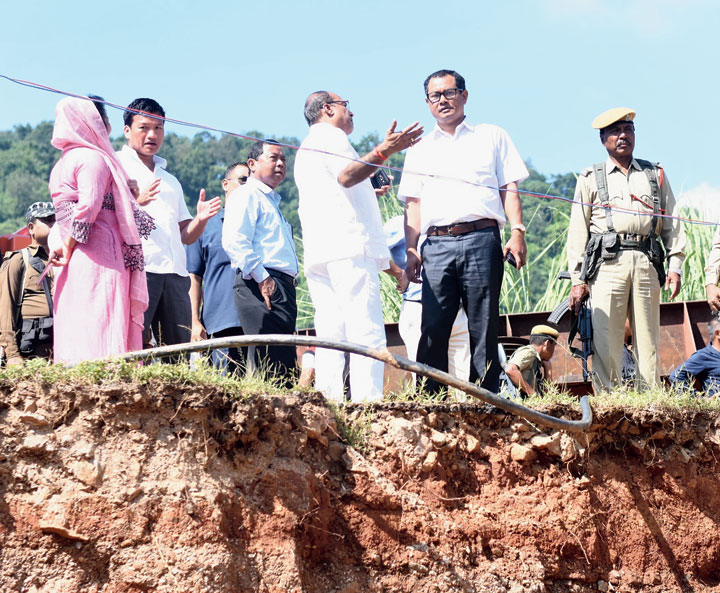 An operation started in the wee hours of Sunday to rescue the four North Eastern Electric Power Corporation Ltd (Neepco) officials trapped in the basement turbine room of the Umrong reservoir since October 7, after the water level receded.

The pipeline, that carries water at 12,000 litres per second from the reservoir to Neepco’s Kopili hydropower project site, burst last week leading to massive flooding and created a water fountain that rose up to several hundred feet into the sky. The flooding damaged more than 90 per cent of the project machinery.

“A rescue team of NDRF and SDRF are trying its best. We hope the officials will be rescued soon,” said Dima Hasao deputy commissioner Amitabh Rajkhowa on Sunday evening.

Neepco independent director Vijay Kumar Gupta said the disaster was caused owing to corroding of metal in the machinery because of acidity in the waters of the Kopili from coal mining in Meghalaya. He also said they had warned the Centre as well as the governments of Assam and Meghalaya on rising acidity but the authorities did not pay any heed.

The project has two dams and two reservoirs, one on the Kopili and the other on the Umrong stream (where the pipeline burst), a tributary of the Kopili.

Locals blamed the Neepco for the accident and that there was no guarantee that the Khandong power station will not be affected.

Neepco general manager Debatosh Battacharjee said they are doing their best and repairs have been carried out whenever required.

Dimasa Students Union general secretary Pramith Sengyung said since it was a technical issue, an inquiry by an executive or judicial official will provide better results.