Advertisement
Home / North-east / Search on for exam suspects in Assam

Search on for exam suspects in Assam

Retired police officer P.K. Dutta and BJP youth leader Diban Deka, suspected to be the key players in the case, are yet to be traced 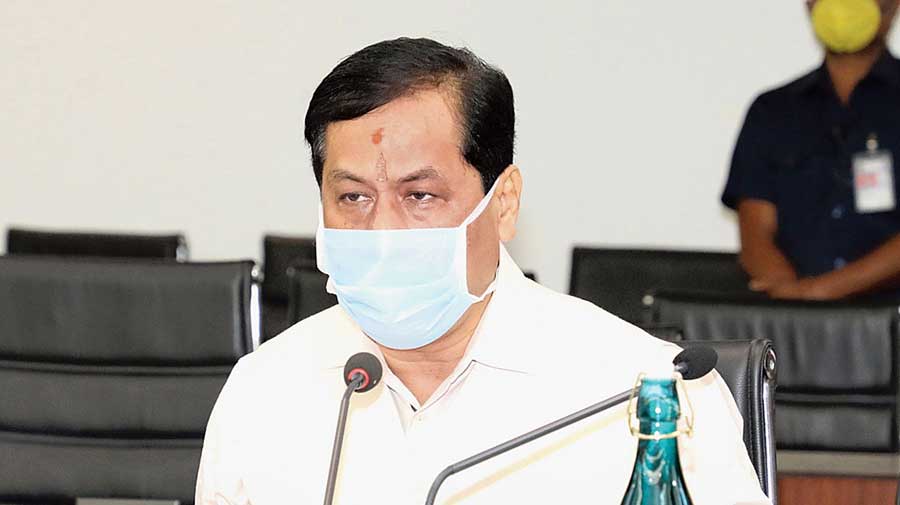 Assam chief minister Sarbananda Sonowal on Saturday iterated that those involved in the question paper leak and recruitment racket will be “brought to book” soon, while retired police officer P.K. Dutta and BJP youth leader Diban Deka, suspected to be the key players in the case, are yet to be traced.

Besides continuing the search for Dutta, a retired deputy inspector-general whose name was purportedly taken by one of the candidates arrested from Nagaon, the police are planning to file a case on assets linked to him with the vigilance and anti-corruption department, to pile “pressure” on him to turn himself in.

Sources said the investigation is also focusing on “coaching” centres where candidates were “coached” to properly write their papers. A few centres have been searched in Guwahati and a few are under the radar in Nalbari and Dibrugarh districts. The interrogation of those arrested from the lodge and elsewhere in the city and recoveries made from the lodge suggested that the candidates were coached on writing the paper properly on Sunday, sources said.

The CID and Guwahati police’s crime branch, investigating the case registered on Sunday following the cancellation of the statewide recruitment examination for 597 posts of police sub-inspectors, have arrested 12 people till Saturday. While the CID arrested three persons, the crime branch apprehended the remaining nine.

Among those arrested on Saturday included a close aide of Dutta, who was caught from Upper Assam’s Tinsukia district. Searches at properties purportedly linked to Dutta continued till late on Saturday night. A leading private hospital was also searched on Friday following the arrest of one of its personnel.

The state government is apparently under pressure to crack the case at the earliest because the racket has been unearthed months ahead of the Assembly polls. Deka’s Facebook post soon after he disappeared claiming influential people were involved in the racket and that he feared for his life has not helped matters for the government.

The Opposition Congress has already dropped hints about flagging the recruitment racket as a poll issue just like the ruling BJP had done with the APSC cash-for jobs scam in the 2016 election, a problem which resonated with the youths in a state where unemployment is a growing problem. Congress insiders said the party will step up its attack on the government in the coming days since the chief minister also hold the home portfolio under which the police department falls.

Sonowal used a function held here for distribution of appointment letters to newly-recruited government employees to reiterate that those behind involved in the leak of the question paper will not be spared.

Sonowal said after assuming office in 2016, his government had unleashed an uncompromising and relentless fight against corruption. “The government adopted a zero-tolerance attitude against corruption and carried out a massive anti-corruption drive. Many government officials were arrested and put behind bars on corruption charges in the last four years,” he said.

He said the government conducted recruitment processes in the most transparent manner and appointed youths purely on merit and competence. Referring to the question paper leak, he assured that all culprits would be brought to book.

Sonowal said the investigation to “unearth the nexus that conspired to spoil the recruitment process is on and those who were involved would not be allowed to go unpunished”.