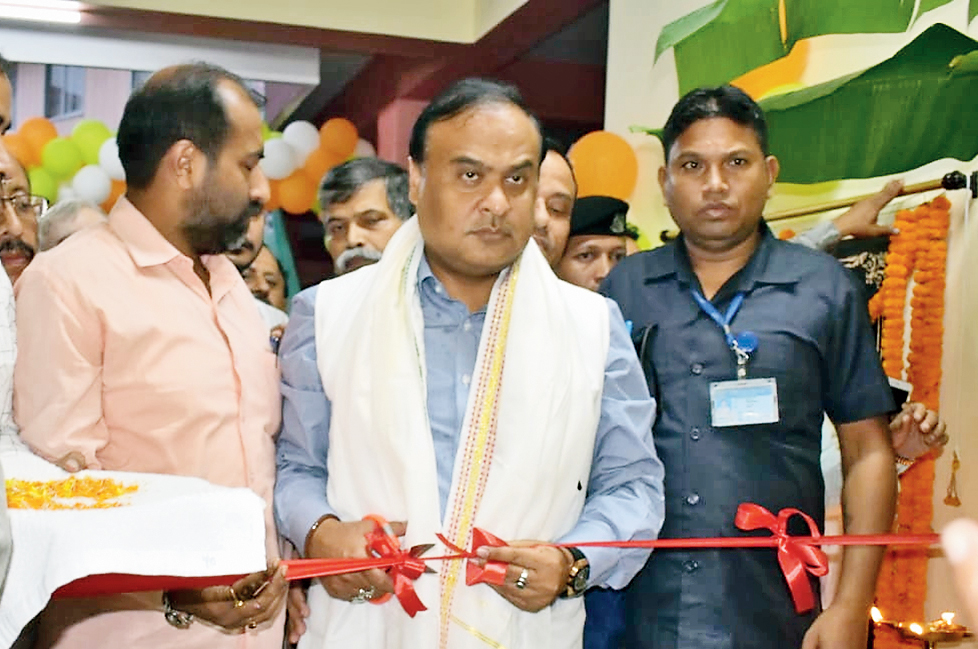 Health and family welfare minister Himanta Biswa Sarma on Friday declared a war against corruption in Barak Valley saying he will bring a team of high officials of all the departments from Dispur to inquire into the funds spent in development schemes in the past many years.

Inaugurating the new building of a 100-bed mother and child wing of Karimganj civil hospital in south Assam on Friday, Sarma said Rs 1,000 crore sanctioned for the development of three districts of Barak Valley by the earlier Tarun Gogoi government was not spent exclusively on development and it should be inquired into.

He termed Barak Valley a hub of corruption and stressed the need of creating awareness among the common people regarding corruption.

Sarma said all people say that the main problem of Barak Valley is lack of communication but according to him, it was “corruption”. He attacked the past leaders of the valley for not doing enough.

Sarma announced Rs 350 crore for the development of roads of Barak Valley in the next financial year.

He also announced a series of benefits under various health schemes in the state and asked the district administration to submit a report within 15 days regarding the less use of Ayushman scheme in comparison to Brahmaputra Valley. He announced that the government will now bear the cost of bill of ICU of hospital upto Rs 2 lakh under Atal Amrit Abhiyan. Similarly, Rs 2 lakh will also be given to beneficiaries for the treatment of children. He also announced that the doctors of Chennai’s Apollo Hospital will come to Karimganj civil hospital for the dialysis of kidney patients.

Sarma faced protests at Sarisha village of Karimganj on the way to Silchar for not inscribing the name of North Karimganj Congress MLA Kamalakshya Dey Purkayastha on the inaugural stone and also for not inviting him to the function.