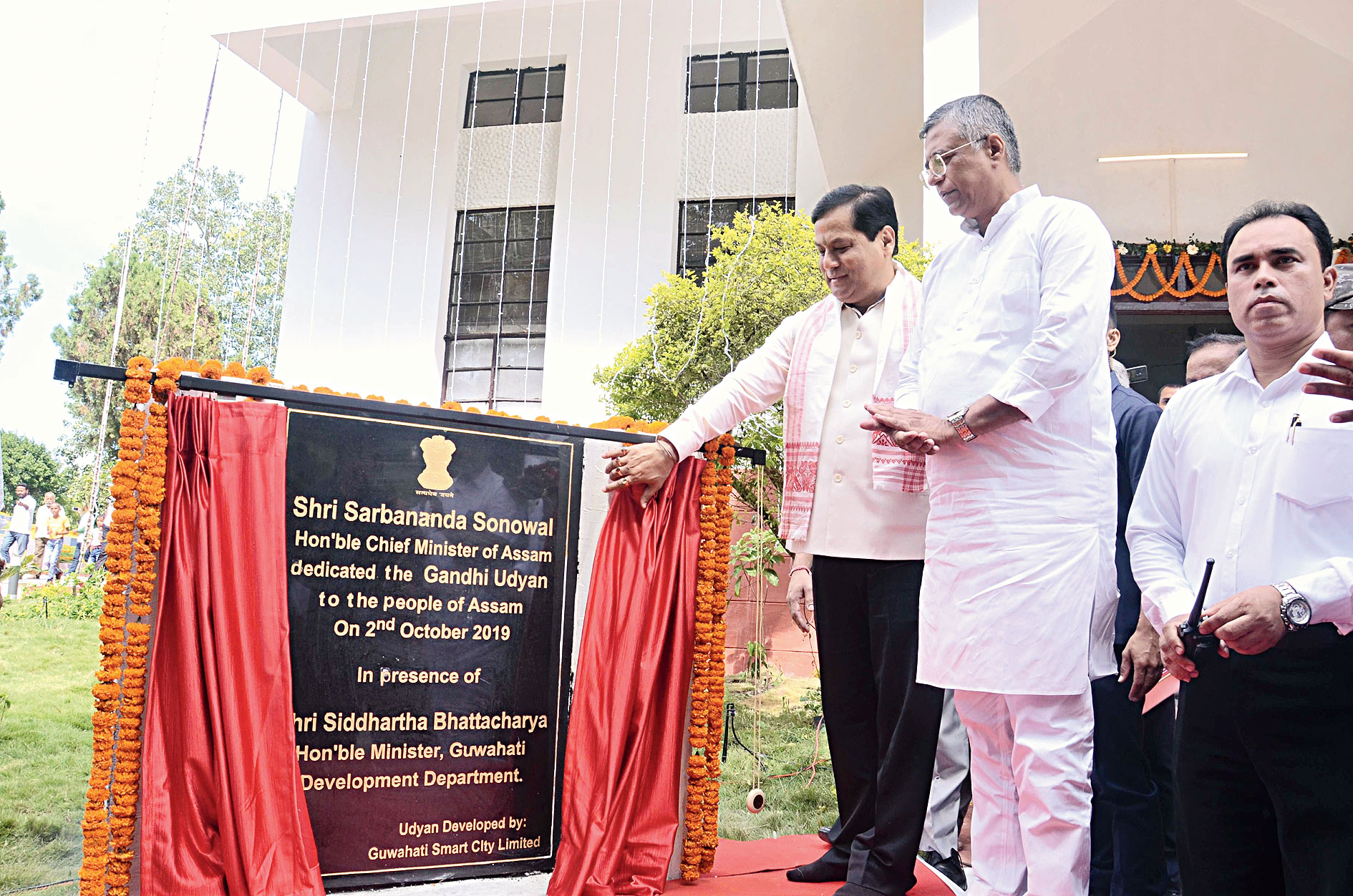 The park, constructed at Rs 3 crore at Gandhi mandap, has a bridge, a platform and a pathway for the visitors.

After inauguration of the park, Sonowal said, “People from all sections of the society must join hands to maintain peace, harmony, brotherhood and unity so that Mahatma Gandhi’s dream of an ideal state or Ram rajya could be realised.”

Last year, chief minister Sonowal inaugurated the third tallest national flag in the country at the mandap on the same day.

“The Swachh Bharat Abhiyan launched by Prime Minister Narendra Modi to fulfil Gandhiji’s vision of a clean and green India has taken the shape of a mass movement. Other initiatives of the Prime Minister like Fit India Movement, Jal Jeevan Mission, planting of trees and International Yoga Day, among others, have also received tremendous participation from the people,” he said.

“Guwahati’s green cover has been adversely affected by rampant cutting of hills. We must work towards protecting the forest cover and Guwahati city must be made an example in cleanliness and greenery so that people from all corners of the state could emulate it,” Sonowal said.

He said the Mahatma had visited the mandap during his fourth tour of Assam and to realise his vision of a clean India, everybody must strive to keep the city clean and garbage-free.

Duliajan MLA Terosh Gowala on Wednesday, along with Tengakhat BJP members, took part in a cleanliness drive. The Sonitpur district administration and Canara Bank distributed jute bags at Chowk Bazar in Tezpur. A plogging drive was held in Haflong in Dima Hasao district to mark Gandhi Jayanti. Kukurmara Youth Club beat Kamrupa FC, Bondapara, 2-1, in the final of a football tournament, organised in the memory of Durgadevi Jain, at Kukurmara football ground in lower Assam’s Kamrup district on Wednesday.

Additional reporting by Pradip Kumar Neog in Duliajan, our Tezpur correspondent, Suroj Barman in Haflong and Kulendu Kalita in Boko