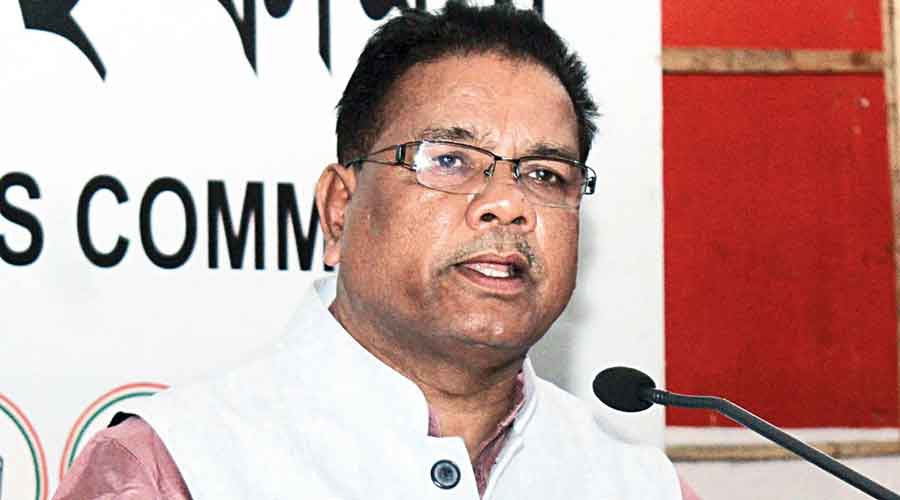 Assam PCC president Ripun Bora in a letter on Thursday conveyed to Ahmed that his statement on setting up the Miya museum has given “scope” to the ruling BJP to polarise the people  with a “disinformation campaign” ahead of the Assembly polls
File picture
Umanand Jaiswal   |   Guwahati   |   Published 31.10.20, 02:20 AM

The push by Congress legislator Sherman Ali Ahmed to set up a Miya museum at the Srimanta Sankaradeva Kalakshetra here has triggered a controversy in poll-bound Assam with the ruling BJP stepping up its attack on the Congress, which is trying to put a lid on it.

The BJP has asserted this past week that the state government will never construct any such museum at the Kalakshetra, which was set up as a part of the 1985 Assam Accord, the culmination of the six-year-long Assam Movement against illegal foreigners.

Miya is pejorative term used to describe Muslim migrants from East Pakistan (now Bangladesh) living in the riverine areas of the Brahmaputra, a community perceived as a threat to the culture and language of Assam’s indigenous communities. This perceived threat triggered the Assam Movement in 1979. The migration of these people started in the 19th century.

Though the Congress is not against a museum for the people living in sar saporis (sandbars along the Brahmaputra) as recommended by the Assembly’s departmentally related standing committee (DRSC) on education 2020-21, the Opposition party on Thursday restrained Ahmed from passing any controversial statement on the Miya museum issue. The committee had 15 members, of whom 10 were from the BJP-led ruling alliance.

Ahmed in a letter to the director of museums on October 18 had urged him to expedite the setting up of a museum reflecting the culture and heritage of the people living on sar saporis of Assam at the Kalakshetra as recommended by the Assembly committee in March. Ahmed even suggested the name of Sarharuddin Ahmed, a former director of museums and a Sanskrit scholar, for consultation on the issue.

What triggered the controversy was a Facebook post by Ahmed on October 19, in which he said he had mooted setting up of a Miya museum at the DRSC meeting and that his proposal had been accepted. There was no mention of a museum for people living on the riverine sandbars in the post.

He had even added seven more names who could be consulted on the establishment of the Miya museum, triggering a wave of criticism by the BJP and leading organisations such as the All Assam Students’ Union and the Asom Jatiyatabadi Yuba Chatra Parishad.

Apparently rattled by the criticism, Assam PCC president Ripun Bora in a letter on Thursday conveyed to Ahmed that his statement on setting up the Miya museum has given “scope” to the ruling BJP to polarise the people  with a “disinformation campaign” ahead of the Assembly polls.

Bora said Ahmed’s letter to the director of museums was in “perfect order and you have done your duty as an MLA”.

“But the recent controversy arose due to your reaction and statement ... for a Miya museum which was out of the content of your (October 18) letter,” Bora said, alluding to his dropping the original proposal for a museum for the people living on sandbars.

Bora also reminded Ahmed of his call on October 26 where he asked the MLA to refrain from making any more comments on the issue. Bora said despite the call, Ahmed has been “repeatedly hammering” on the same issue giving the BJP and the RSS an opportunity to turn the Miya museum into a “serious controversy by dragging the name of the Congress”.

“Therefore, you are hereby restrained from making any more controversial statement from now onwards,” Bora said.

On Friday, Bora said the sandbars are inhabited by several other communities, including the Misings. A museum for all communities therefore will include both Miyas and non-Miyas, he added.

When contacted, Ahmed declined to comment on Bora’s letter or the controversy. “I have said whatever I have to say,” he said.

Earlier, Ahmed had said he was a proud Miya and that Miyas are an integral part of the greater Assamese society.

Ahmed’s proposal has left the Congress seemingly divided with several leaders from Upper Assam opposing the move because of strong anti-immigrant sentiment in the area.

“Bengali migrants were brought by the British to Assam. Today they are a mix of Assamese and Bengali culture. All communities have their culture and these need to be showcased but not necessarily at the Kalakshetra. It could be showcased in the state museum,” he said.