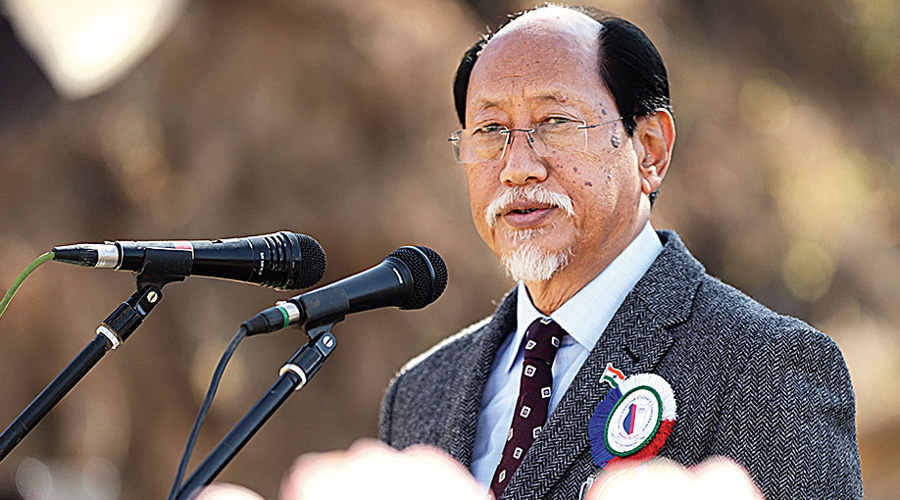 A consultative meeting convened by the state government on the proposed Register of Indigenous Inhabitants of Nagaland in Kohima on Friday saw the participating tribal hohos take a collective decision to go for the register but only after the Banuo Z. Jamir Committee report was made public before its implementation.

The government had set up the three-member Jamir committee in July 2019 to chalk out the modalities for the implementation of the register, including the eligibility criteria, the authority to authenticate claims and the place where one could register as indigenous inhabitants.

The government had in June 2019 decided to prepare the register so that the administration not only has a record of indigenous habitants but can also streamline the process of issuing indigenous inhabitant certificates to check ineligible persons from acquiring the document.

The proposed register would prevent outsiders/ineligible persons from acquiring these certificates to seek government jobs and benefits.

After the meeting involving tribal hohos and civil society organisations, a government statement said: “During the consultative meeting, the tribal Hohos took a collective decision to go for RIIN but insisted that Banuo Z. Jamir’s report should be made known to the general public before implementation.”

Those backing the register favour the cut-off date of December 1, 1963, to determine who is an indigenous resident. It was on this day Nagaland attained statehood.

Rio also suggested the formation of a smaller group to work on the register including committees comprising apex bodies like the Eastern Nagaland Peoples Organisation and Central Nagaland Tribal Council at the state level, and tribal hohos and MLAs at the district level.

Patton said the register’s aim was to strengthen the entire process for issuing certificates to protect the rights and privileges of indigenous inhabitants of Nagaland.

Angami Public Organisation vice-president K.T. Vilie, who attended the meeting, told The Telegraph that more such meetings will be held on the issue.

Kikon, adviser, information technology and communications, science and technology, said at a news meet after the meeting that a subcommittee will also be formed at the district level with the deputy commissioners as the conveners and representatives of the tribal hohos of the respective districts as members.

Kikon said: “RIIN is a sensitive issue and a lot of consultative meetings will be needed with all stakeholders before it is implemented.”

However, a section fears that Nagas from neighbouring Assam, Arunachal Pradesh and Manipur settled in Nagaland could be excluded for the lack of official documents.

The Naga Hoho, the apex body of Naga tribes, has already made it clear to the state government that even if it were necessary to implement the register, it should be “critically and thoroughly” examined and “no” Naga should be excluded.

“A Naga is a Naga whether he is from Nagaland or outside. We are all one family and indigenous,” Naga Hoho president H.K. Zhimomi said.