Referring to diverse demographic mosaic of Assam, Teli said all the communities had lent support to development of Assam 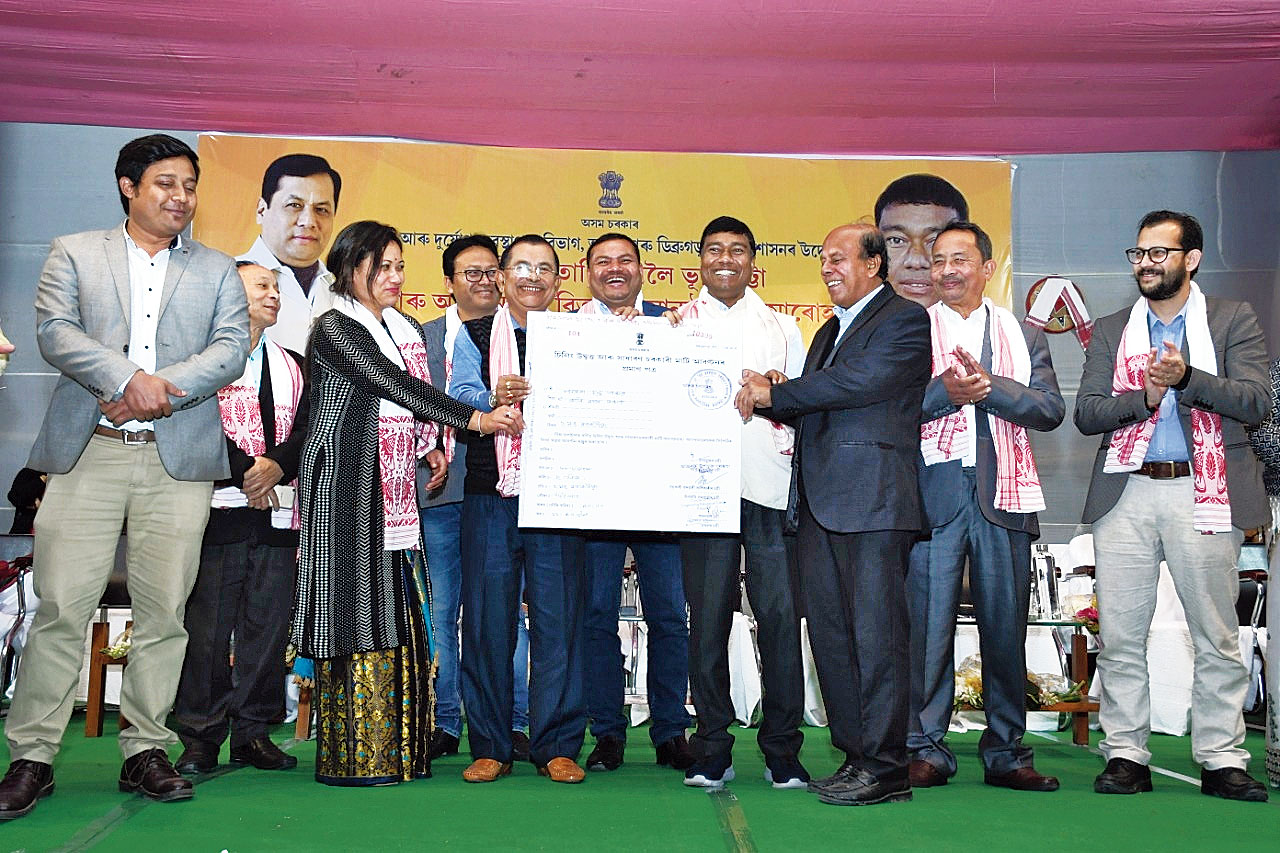 Union minister of state for food processing industries Rameswar Teli on Tuesday said the BJP-led governments at the Centre and in Assam were committed to ensure land rights to indigenous people of the state.

Speaking at the ceremony to distribute 1,655 land pattas (deeds) and allotment certificate to indigenous landless people here, Teli said: “The indigenous people of the state have been living for decades without ownership of their land. After our government came to power, it took the matter seriously and decided to provide land pattas to them. Our priority is to work for the development of all communities in Assam.”

Referring to the diverse demographic mosaic of Assam, Tell said all the communities had lent support to the development of the state. “The BJP-led government after coming to power in the state has been prioritising the problems of all communities. The state government decided to provide one lakh land pattas and allotment certificate to the landless people and the process has been started. It would be completed within a few months.”

He said the earlier government had not taken any such step for the indigenous landless people. “The BJP government has also taken up many schemes for the tea community and working hard for its development. The government is committed to provide land pattas to indigenous tea community people residing in Assam for decades,” he said.

At another programme held at Majuli College playground on Tuesday, chief minister Sarbananda Sonowal said the state government would take no step which would harm the interest of the people and it would carry forward its development agenda in consultation with them.

He said the indigenous people were deprived of their land rights for seven decades. He said while around 12,000 landless families were provided land pattas in Majuli last year, 34,000 beneficiaries were given land deeds across the state on Tuesday. The chief minister said the initiative would not only secure the indigenous people’s rights over land but also ensure their future is protected.

Additional reporting by our correspondent in Goalpara