Protest over transfer of teachers 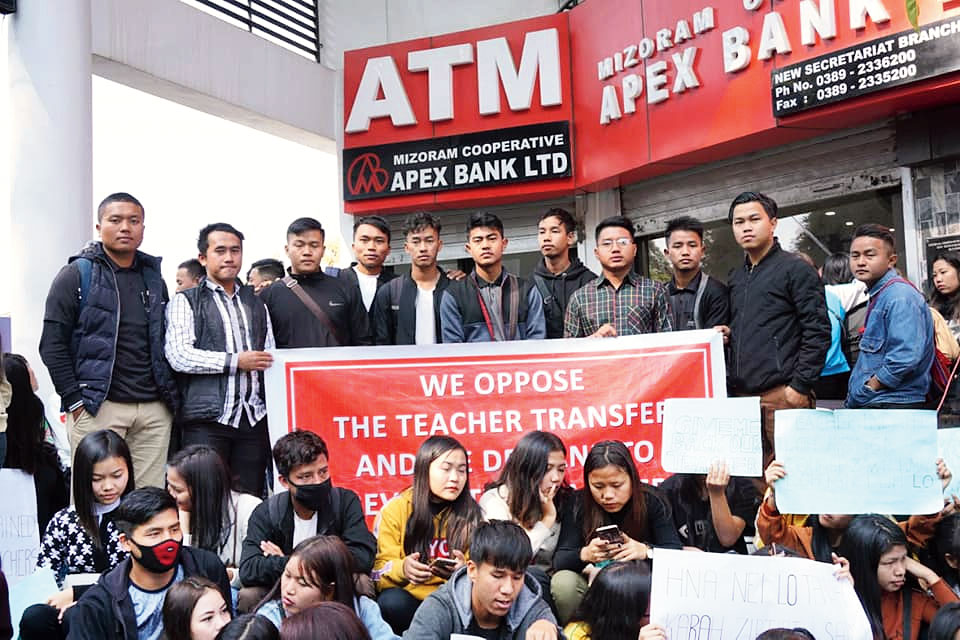 Hundreds of students of Government T. Romana College staged a sit-in on Thursday outside the new secretariat office here protesting against the transfer of two teachers.

The agitating students demanded the transfer order be revoked or new teachers immediately appointed to replace the transferred teachers.

The protest, which was scheduled to continue till 3pm, was called off at 2pm after higher and technical education department officials promised to take measures to ensure the two teachers are reinstated, sources said.

College union vice-president Lalruatpuia said the meeting between its leaders and officials agreed to take measures to reinstate the two teachers by Monday.

Lalruatpuia said the union would stage a strike by skipping classes on Tuesday if the government fails to reinstate the teachers by Monday.

He said the state government recently issued the order to transfer C. Lalhmangaihzami of the history department and Catherine Fanai of the English department.

He said students have been facing inconvenience owing to shortage of teachers and transferring of two of them will make the situation worse.

He said there will be only three teachers left in history department and the teacher-pupil ratio will come down to 1:78, against the stipulated 1:30, if Lalhmangaihzami is transferred. He alleged that there was a teacher crunch in the English department as well and students will not be able to complete their course if Fanai is transferred.