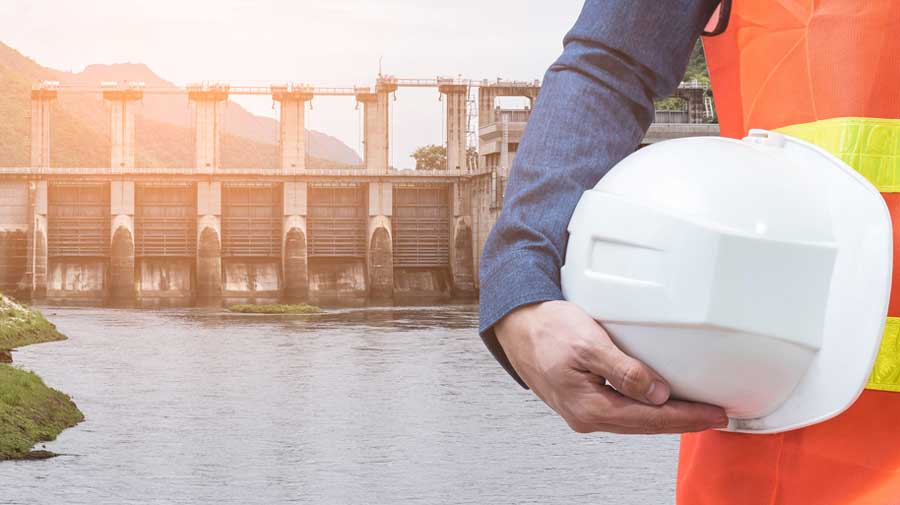 A Union power ministry delegation has taken stock of  hydel projects being implemented in Assam and Arunachal Pradesh, the three-day visit raising eyebrows as it came in wake of  last Sunday’s report in a Chinese media about a “large” hydropower project coming up on the Yarlung Zangbo (which is known as the Brahmaputra in India).

There was widespread concern in both the downstream states over the reported development in China.

Multiple sources associated with the power sector in the two states told The Telegraph that the visit was long overdue and they came to know about it a week ago.

Led by power ministry secretary Sanjeev Nandan Sahai, the team reached Dibrugarh on Thursday from where it visited Changlang in Arunachal Pradesh to  take stock of micro and mini hydel projects.

On Friday,  the delegation went to check the progress of the NHPC Limited-executed 2000MW Lower Subansiri hydro power project on the Assam-Arunachal border on Friday.

After a review of the ongoing construction activities at the Subansiri project, NHPC assured to commission the project by 2022, an official statement said on Saturday.

The statement is significant because work on the much delayed Subansiri project resumed in 2019 after being stalled since 2011 December over safety concerns. “Work started after National Green Tribunal gave its nod last year after we addressed all safety measures,” one of them said.

On Saturday, Sahai  flew to West Kameng district to see the progress of the 600MW Kameng hydroelectric project executed by the North Eastern Eletric Power Corporaton Limited (NEEPCO) and is likely to be commissioned by January.

The timing of the visit has, however, raised eyebrows.

One of the sources from Arunachal Pradesh said the visit should not be linked to the Sunday’s report in the Chinese Communist Party-owned Global Times about the neighbouring country building a hydropower project on the Yarlung Zangbo.

“The power secretary had been planning to undertake a visit for some time now but could not because of last-minute hitches. We are sure it is going to be a very useful visit because he has got to know the ground situation which helps in taking sound and timely decisions. We are sure it will help expedite the power development projects,” the source said.

They said India has already conveyed its concerns to China and to ensure the interests of downstream states were not affected by upstream development activities. A Chinese official has also said they were undertaking only run-of-the-river projects which do not need diversion and that development of downstream projects on the  Yarlung Zangbo  “is still in the stage of preliminary planning and demonstration”.

The meeting in Itanagar between Sahai and Khandu discussed about the 2000MW Lower Siang HEP, 600MW Kameng HEP and proposed dams in Siang and Dibang rivers, winning the confidence of the affected people, awarding  good rehabilitation packages, developing small hydropower projects in the state for it would have minimal environmental impact, could be completed in lesser time and involve lesser cost. To harness the potential of small dams, the meeting felt that it must be supported by robust infrastructure of transmission lines.

Arunachal Pradesh is considered the power house of Indiam having the potential to generate 58000 MW but most of the proposals have got stuck because of  the “14 to 16 clearances” a power developer has to obtain from various departments and agencies. Sources said only the Kameng project is nearing completion while the NHPC’s 2880 MW Dibang project has obtained clearance. ‘ There are about 20 micro and mini hydel projects being executed by the Arunachal government but a lot still needs to be done. We hope the high level visit will expedite things ” one of the source said.

Sources also said India needs to harness the power potential so any activity upstream cannot hamper us “ It will be in our interest. We can always use the first user clause to challenge any activity that affects downstream areas. Nobody can divert or shut the flow of water,” a source said.