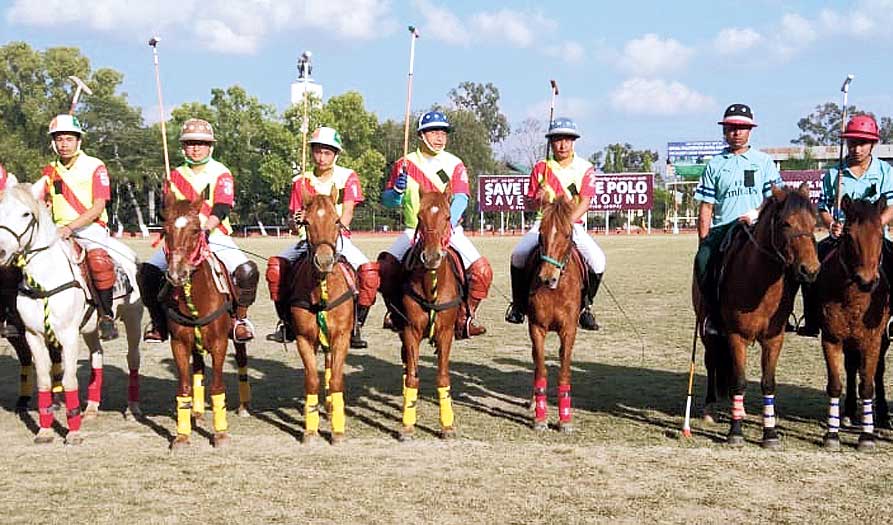 Polo players in the 35th Men’s State Level Polo Tournament 2018-19 in Manipur have decided to wear black badges in every tournament as a mark of protest until the state government marks out grazing grounds for ponies in Imphal East, Imphal West, Thoubal, Kakching and Kakching districts.

The tournament, organised by the All Manipur Polo Association, got under way at Mapal Kangjeibung here on Thursday.

The general secretary of the Manipur Pony and Polo Players’ Welfare Association, Geetchandra Mangang, on Thursday said: “The state government has been trying to tom-tom its love for ponies at public platforms, but the reality is that ponies need grazing grounds more than kind words.” “As a mark of protest, players wore black badges in Thursday’s match. We started our campaign from today and will continue to wear black badges in all polo tournaments until the government provides us one grazing ground each in the five districts which have a high population of ponies. If the state government fails to do the needful, we may think of boycotting tournaments in the state from the next season,” Mangang said.

“We have lost many ponies in accidents, as they stray on roads for lack of grazing ground. Sometimes the ponies are killed when they enter people’s fields. Earlier, there were lots of grazing grounds which vanished after housing projects and factories came up. The number of grazing ground is diminishing at an alarming rate. As most the polo players are unemployed, they do not have enough money to feed the ponies properly throughout the year,” he said.

On Saturday, a pony of renowned player Th. Kaoba Singh of Chingkhei Hunba Polo Club was slaughtered by goons at Yaralpat in Imphal East district. Kaoba Singh lodged a complaint with police and Imphal East police are still investigating the incident.