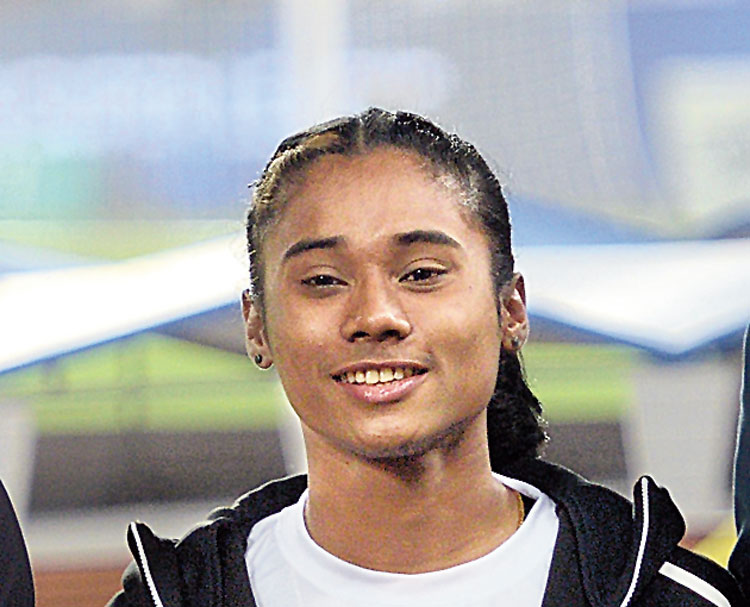 Food, music and song — the state election department is leaving no stone unturned to woo voters in Assam this time.

Folk song competitions, quiz programmes and appeals by celebrities are some of the initiatives to attract, first-time voters, people with physical disabilities and senior citizens to cast their votes on polling day.

District election officers have been directed to reach out to the maximum number of voters in the constituencies, Assam chief electoral officer Mukesh Sahu said.

“We have kept the local aspects in mind while chalking out the programmes under the Systematic Voters’ Education and Electoral Practices (SVEEP) and our aim is to reach out to all sections of the electorate,” Sahu said.

Hima Das, herself a first-time voter in the forthcoming polls, has featured in a promotional video, urging young voters to actively participate in the Lok Sabha election.

Tarali Sarma, who sang the election theme song in a promotional video, is seen appealing to first-time voters. “I am honoured to have been selected by the election office as an icon and I am committed to ensure that people, particularly the young voters, make informed and ethical choices in the polls,” Sarma said.

Campus ambassadors are being appointed in colleges for holding “chunaav pathshalas” (election schools) to spread awareness amongst first-time voters through co-curricular activities.

In Kamrup district, an election quotient quiz was organised for students. Also, 200 students of IIT Guwahati volunteered for door-to-door campaigns in the interior areas, a district election official said.

The two missions are mobilising the self-help groups at their disposal to open women’s help desks at various government outlets like gram panchayat offices and cooperative societies to facilitate women voters to verify their names, go through electoral rolls and make corrections.

The nodal officers of the campaigns in the various districts are organising naam (folk song) singing, pitha and laru (Assamese sweets)-making competitions and street plays to involve the women. Polling stations with low female voter turnout have been identified and mahila voter rallies are being held in these areas, Sahu said.

The rallies will involve ASHA workers and Anganwadi workers as well as members of self-help groups.

Village ambassadors have been appointed from amongst the members of the SHGs to spread the message of voter education and electoral participation among the people.

Chandraprabha, a woman mascot, will also be used to spread the message of electoral participation in the local language.

Sahu said the Election Commission has stressed on an inclusive and accessible election and so persons with disabilities are a major area of focus.

To maximise the participation of persons with disabilities on the polling day, the district authorities have been directed to compile a list of such persons and voters.

They must be provided pick up and drop-off facilities to enable them to exercise their franchise. Similarly, senior citizens are also being identified and steps will be taken to ensure that they are able to cast their votes.