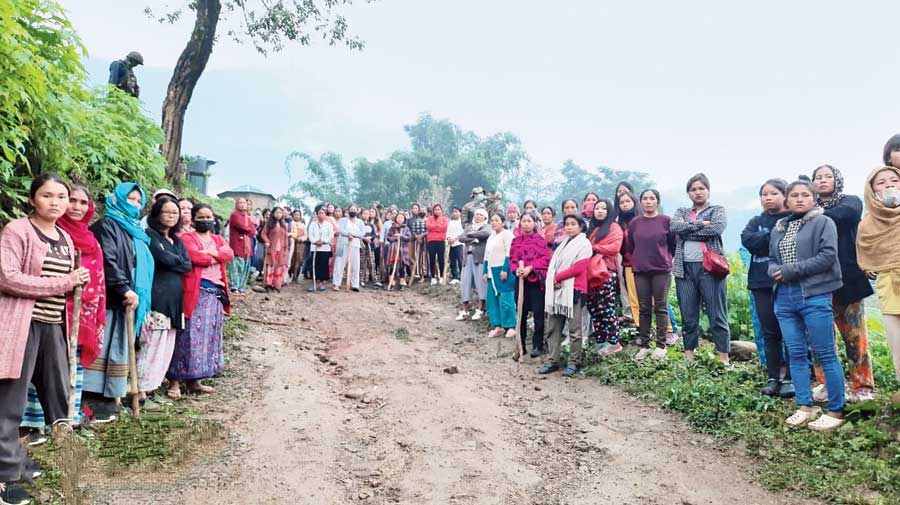 Protesters block the road to the Assam Rifles post on Saturday in protest against the killing of the youth on Friday night in Manipur’s Kangpokpi district
Telegraph picture
Umanand Jaiswal   |   Guwahati   |   Published 07.06.21, 12:56 AM

An Assam Rifles major and three subordinates have been booked for murder after they allegedly shot dead a 29-year-old man during a search at Chalwa village in Manipur’s Kangpokpi district on Friday night.

Police have registered a case against Major Alok Sathe, jawan Amar and two others under IPC sections 302 (murder) and 34 (common intent) apart from Arms Act provisions for allegedly killing Mangboilal Lhouvum, a helper with a truck and a father of four.

The incident triggered a massive protest on Friday night at the Gelnel Assam Rifles outpost, commanded by Major Sathe and situated 8km from Chalwa, by residents of Chalwa and nearby villages. The crowd torched two Assam Rifles vehicles parked outside the outpost and broke its bamboo gate. On Saturday morning, civil society organisations took over leadership of the protest.

The agitation led to the signing of a “deeds of agreement” between civil society organisations, Assam Rifles and the state government on Saturday. 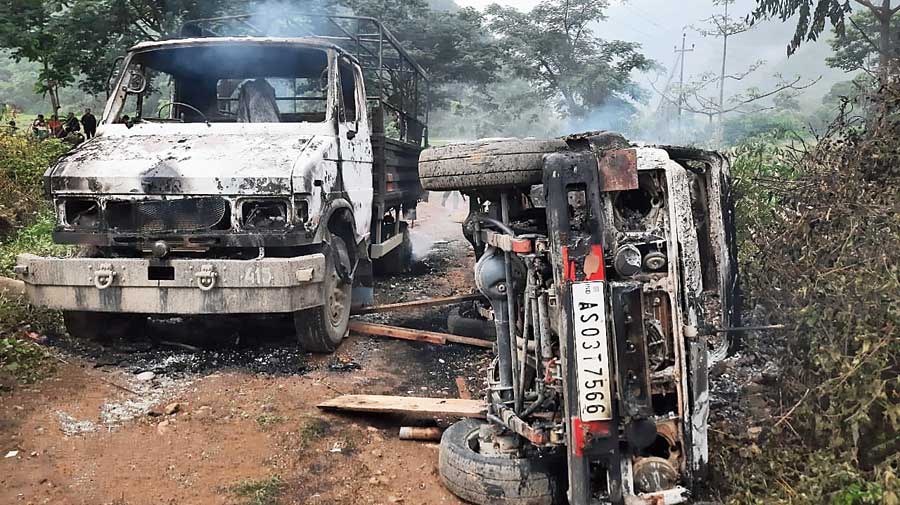 The four-point agreement includes an immediate police investigation, the replacement of the Assam Rifles personnel at the Gelnel outpost, a fully functional local police station with a minimum strength of 40 personnel, and Rs 10 lakh compensation to the victim’s family from the Assam Rifles. Of this amount, Rs 1 lakh was handed over on Saturday.

Neither the Assam Rifles nor the police have explained the reason for the search operation led by Major Sathe, who belongs to the “E” company of the 44 Battalion of the paramilitary force.

The FIR was registered at Kangpokpi police station on Saturday afternoon on a complaint from Sehlam Lhouvum, who accused Sathe and the three others — all in civvies — of conducting a search at Chalwa around 9pm on Friday.

Mangboilal was “first treated (plied) with alcohol” and subsequently taken to the roadside and “lethally fired upon”, the complaint said.

Villagers took Mangboilal to the local primary health centre, from where he was referred him to the Kangpokpi district hospital. He died on the way, the complainant said, adding that it appeared the “murder” was “premeditated”.

Thangminlen Kipgen, general secretary of the Kangpokpi district unit of the Kuki Inpi, a civil society organisation, told The Telegraph the situation was under control following the signing of the agreement.

“We made it clear the police had to file an FIR and do their own investigation,” Kipgen said. “We also want the 44 (Battalion) personnel replaced by personnel from the 38 Battalion. We will continue to keep a watch on the investigation and if the agreement is not adhered to, we will decide our future action.”

Chalwa village is about 90km from state capital Imphal and about 50km from the district hospital. The Kuki-dominated area is mostly dependent on paddy cultivation, Kipgen said.
Efforts to get reactions from the Assam Rifles and the Manipur police proved futile.