Modi's assessment of the situation in Northeast shows 'lack of emotional attachment and responsibility', claims AASU 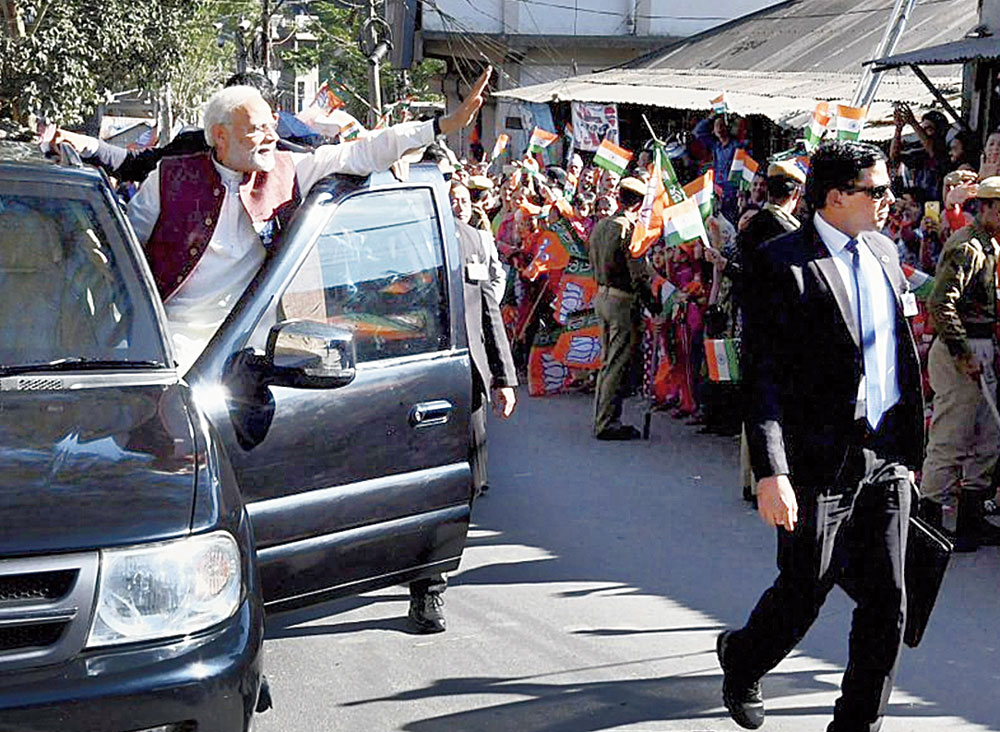 Prime Minister Narendra Modi’s claim in Mizoram on Friday that the Northeast has “moved” on from “guns, bandhs and blockades”, reflects how the Centre is removed from the ground reality, the All Assam Students’ Union alleged on Saturday.

Referring to the protests in the region over the Citizenship (Amendment) Bill, 2016, and killings and kidnappings in Upper Assam, AASU general secretary Lurinjyoti Gogoi said Modi’s assessment, while campaigning for Mizoram Assembly elections at Lunglei, only reflects the Centre’s “lack of emotional attachment and responsibility” towards the Northeast.

“The Centre’s attitude towards the region has not changed. The Prime Minister’s statement proves it. There have been protests across the Northeast over the citizen bill. Assam has seen daily bandhs. The Centre’s push to the bill has given boost to extremism. People have been killed in Dhola and Demow. How can he make such a claim when the ground reality suggests something else. It would have been okay had somebody else made the claim but it was made by the Prime Minister who has all the information. This shows the Centre’s lack of emotional attachment and responsibility towards the region. It’s unfortunate,” Gogoi said.

Modi’s claim comes in the wake of a spurt in insurgent activities in Upper Assam and intense protests over the bill, which seeks to grant citizenship to persecuted minorities from Pakistan, Afghanistan and Bangladesh who fled to India before December 31, 2014. This, say people opposed to it bill, will threaten the identity of the Assamese people.

Besides the uproar over the bill, seven persons have been killed this month. On Thursday, two persons were killed in a high-intensity blast at Demow in Sivasagar district by Ulfa (Independent) cadres. Before that, five Bengali-speaking persons were gunned down after being picked up from a shop at Kherbari in Dhola in Tinsukia district. Three persons were also kidnapped in Upper Assam, two of whom remain untraced.

The families of the victims of the Dhola and Demow incidents were also aghast over Modi’s assessment. Mintu Hansari, relative of Kamal Agarwalla, who was killed in the Demow blast, said, “Recent incidents prove that insurgency is on the rise in the state. My brother Kamal and a customer were killed in a blast on Thursday evening. Why are innocent people being targeted by militant groups?”

Suraj Sarkar of Kherbari said the villagers are living in fear after five residents were killed by militants. “Modi’s statement in Mizoram is not true because five persons from our village were gunned down without any reason. If things are normal in the Northeast, then such incidents should not occur. The Prime Minister spoke about many things but the reality is quite different. We appeal to him to tackle insurgency with a strong hand. We fear to venture outside in the evening. We are trying hard to bring back normalcy.”

Like the AASU, the KMSS is at the forefront of protests to get the bill scrapped.

“The government has failed miserably on all fronts. In Assam, the BJP-led government is playing with the sentiments of the people by not scrapping the bill. The people of Assam are against it but still the government is supporting it, leading to young people supporting Ulfa (I)... some of them have even joined the banned outfit,” Lashkar alleged.