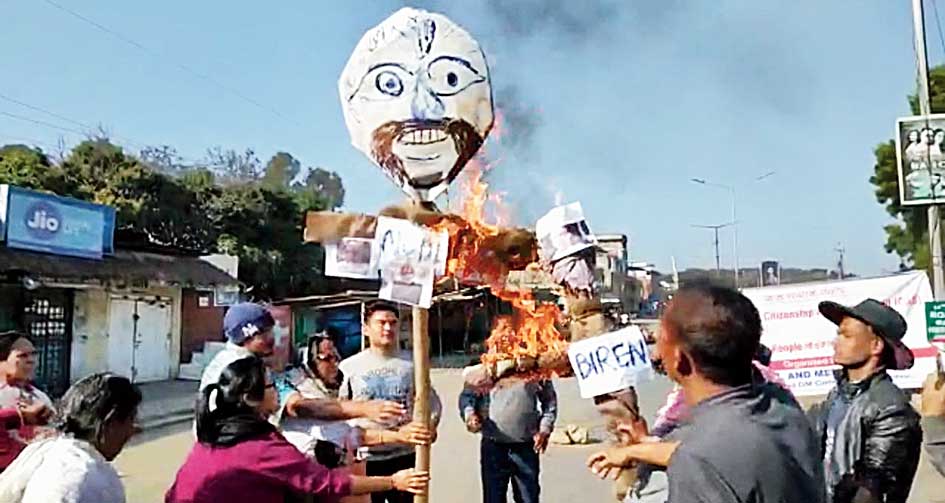 Effigies of Prime Minister Narendra Modi were burnt on Thursday in different parts of the city while an attempt to “hang” his effigy at Yairipok in Thoubal district of Manipur was foiled by police during a 24-hour strike since Wednesday midnight.

A committee of 66 civil societies had called the strike across the state, opposing the Citizenship (Amendment) Bill, 2019.

The protesters tried to storm the residence of deputy chief minister Y. Joykumar. The police, however stopped them at the gate of Joykumar’s house. He met them later.

Joykumar, the vice-president of the National People’s Party (NPP), told the protesters that his party and other regional parties were against the bill. They were also told that if the Opposition parties opposed the bill in the Rajya Sabha, the bill may not be passed as they have a majority in the Upper House.

He said the NPP had a convention with other regional parties of the Northeast on Tuesday on the bill issue. “We have sought an appointment with Modi before the bill is introduced in the Rajya Sabha,” Joykumar said.

On Wednesday evening, people took out torch rallies in different parts of the state against the bill.