Advertisement
Home / North-east / Mizoram to get LPG from Manipur

Mizoram to get LPG from Manipur 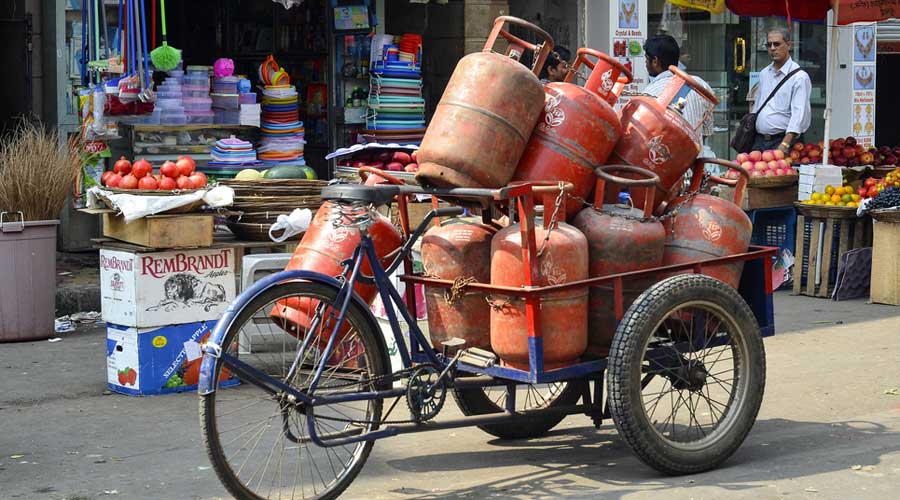 A top Mizoram government official told The Telegraph on Sunday that the “first” batch of trucks has reached the bottling plant in Manipur through the NH 150 that links Churachandpur district of Manipur and Mizoram’s Saitual district, about 90 minutes drive from capital Aizawl.
File picture
Umanand Jaiswal   |   Guwahati   |   Published 02.11.20, 12:46 AM

Mizoram has decided to import LPG cylinders from Manipur following the lingering border standoff between Assam and Mizoram that impacted the supply of essentials despite hectic parleys between both governments.

A top Mizoram government official told The Telegraph on Sunday that the “first” batch of trucks has reached the bottling plant in Manipur through the NH 150 that links Churachandpur district of Manipur and Mizoram’s Saitual district, about 90 minutes drive from capital Aizawl.

“They will load the cylinders tomorrow (Monday) and other products and will return through Saitual by November 4 because the road condition is not that good. We had no option but to explore this route after efforts to resume supplies through Vairengte border check gate did not materialise because of  tension in Lailapur area of Cachar,” the official said.

On Friday, trucks with petro products escorted from Mizoram House in Silchar to Lailapur from where it would enter Vairengte checkgate, the recognised border between the two states.

“ But security personnel escorting the trucks deserted the trucks at Lailapur after locals protested by squatting  on the road. The truckers fearing for their security refused to ply their vehicles carrying highly inflammable products.  The trucks returned to Silchar, thanks to the presence of mind of an official from Mizoram House,” the official said.

The Mizoram government then sent a letter to the Assam government on Saturday, requesting to provide their own security but it is unlikely Dispur will “agree” to the proposal as it might send a “wrong signal” about the Assam’s “handling” of the overall border situation, sources said.

The border standoff turned serious on September 20 following the burning down of 20 deserted huts and stalls along the NH 306, 3km from Lailapur by a crowd from Vairengte in Mizoram’s Kolasib district in response to a stone-pelting incident involving people from Lailapur earlier. Seven people were injured. The arson took place about 3 km on the NH 306 inside Assam territory and then Mizoram increased its security presence in the area, officials from Assam claimed, said triggering tension in the area and disrupting movement of trucks to Mizoram.

There are three flashpoints between the two states sharing a  164.6 km  long border, all in Barak Valley in south Assam.

The situation was defused on October 23 with the intervention of the Union ministry of home affairs, leading to resumption of traffic but it flared up again on October 28 because  Lailapur locals were protesting the presence of Mizoram security forces. Assam has also been demanding withdrawal of security forces from Lailapur area but Mizoram has said that they will withdraw forces only after normalcy returns.

There are others reasons too.

The senior Mizoram official told the Telegraph they have to keep the forces in the Vairengte area because locals of Lailapur, whom the Mizoram locals see as illegal Bangladeshi nationals, have been instigating the Mizos, something the government fears could lead to more  unrest.

“ Then a senior Assam Police official told the Kolasib police during an inspection trip that they need to withdraw or Assam too will deploy four times the forces and the situation could aggravate. This is one reason why we are building structures at the border to ward off trouble-makers. We are also for a peaceful resolution of the issue but we have to protect ourselves. We are for peace and assure full protection to the truckers,” the official said in reaction to a letter written by the Cachar DC to her Kolasib counterpart about building bunker-like structure at Kulicherra, another flashpoint in Cachar district, about 5 km from Lailapur.