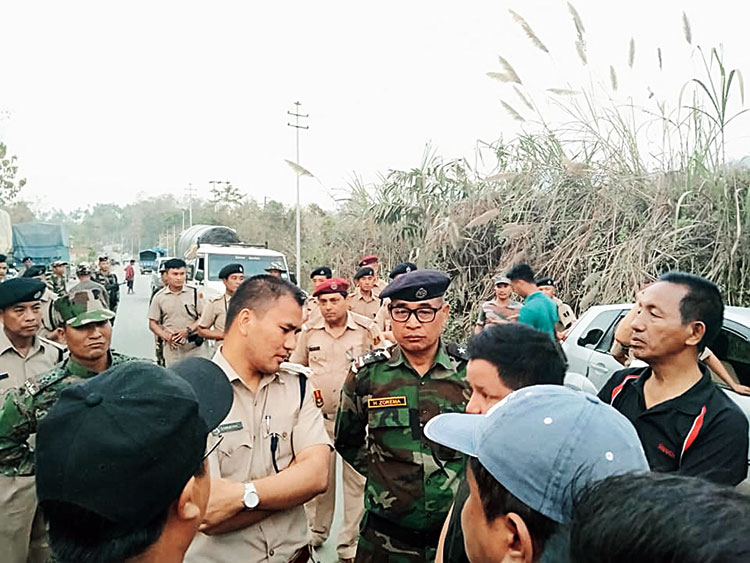 The Mizo Zirlai Pawl (MZP), the apex students’ organisation in Mizoram, on Thursday demanded that the state government set up a police outpost and a forest beat post at Zophai along the Mizoram-Assam border.

The demand was made following the decision of a joint meeting of MZP, NGOs and village council of Bairabi town, MZP general secretary Lalnunmawia Pautu said.

Pautu added that the meeting also discussed the border dispute with Assam and resolved to take concerted effort to resolve it.

Earlier, the MZP had accused the state government of being negligent in solving the border dispute. MZP president B. Vanlaltana had told a news conference on Monday that the government did not take concrete measures to resolve the long-pending issue.

He said the student body, on being instructed by the core committee on border issue, had collected important documents and submitted those to the state government.

He had also warned that the student organisation would construct resting shed at Zophai if Assam continued to violate the status quo by constructing structures, including mosque.

Starting from last year, the Kachurthal Masjid Committee of Assam constructed a mosque at Zophai on the disputed land. The Mizoram government had requested to stop the construction at least on two occasions, an official said.

The construction was being put on hold after the Mizoram government had asked the committee to stop it recently, they said.

Officials of state home department said that the state government was making massive efforts to resolve the border dispute.

They said the state government had sent a letter to a secretary in Union ministry of home affairs on December 15 last year asking it to review the Mizoram-Assam boundary on the basis of the Bengal Eastern Frontier Regulation of 1873 and the Inner Line of the Lushai Hills Notification, 1993.