Land for new border haat between India and Bangladesh

Total area according to norms has to be 50-50 from both the countries and the total land is 1.4 acres 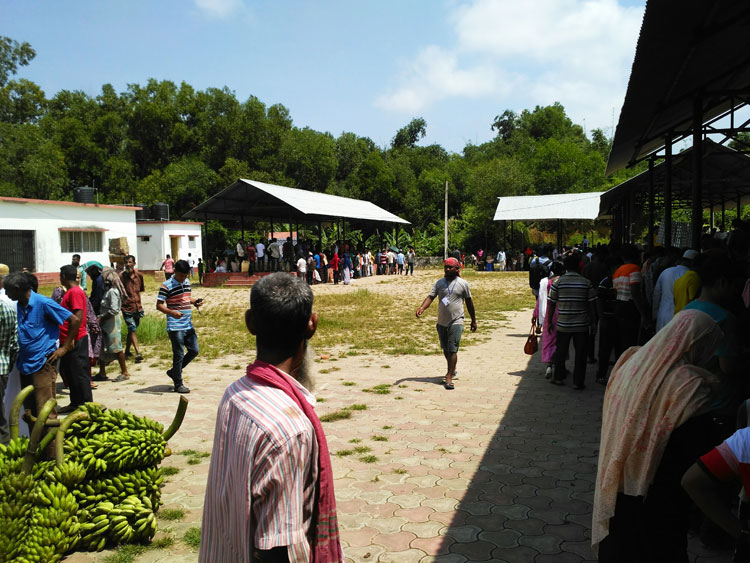 The India and Bangladesh governments will demarcate land on March 9 to set up a new border haat at Sonamura subdivision of Sepahijala district, to boost trade and commerce between the two countries.

Currently, four border haats are operational along the India-Bangladesh border. Among these, two are located at Kalaichar and Balat in Meghalaya; the others at Srinagar of South district and Kamalasagar of Sepahijala district in Tripura.

The sub-divisional magistrate (SDM) of Sonamura, Subrata Majumder, told The Telegraph on Friday that the officials of India and Bangladesh held a meeting two days back to set up a fifth border haat at Sepahijala district.

“The Centre has asked us to identify land to set up the border haat. The location we have selected is at Jagatrampur here and Badarpur on the Bangladesh side. A team comprising the Sepahijala district magistrate and the Bangladesh team headed by the deputy commissioner of Comilla, also visited earlier this week and formed a joint team to set up the haat,” Majumder said.

He added that the total area according to norms has to be 50-50 from both the countries and the total land is 1.4 acres.

“With approval from the government of India and Bangladesh for the border haat, the authorities of the two sides will visit the site for the demarcation work on Match 9. Both the countries formed a committee for the border haat. The local representative, industry and commerce representative, officials from BSF and Border Guards of Bangladesh will be present during the demarcation. We will send the report after demarcation to both the governments for approval and once it is done, then the infrastructure development work will begin,” he said.

According to a memorandum of understanding signed in 2010, haats were started to develop the lifestyle of people living near the international boundary and to promote bilateral trade.