The netizens on social media hailed the move of Assam police, but in the evening the tweet had been removed 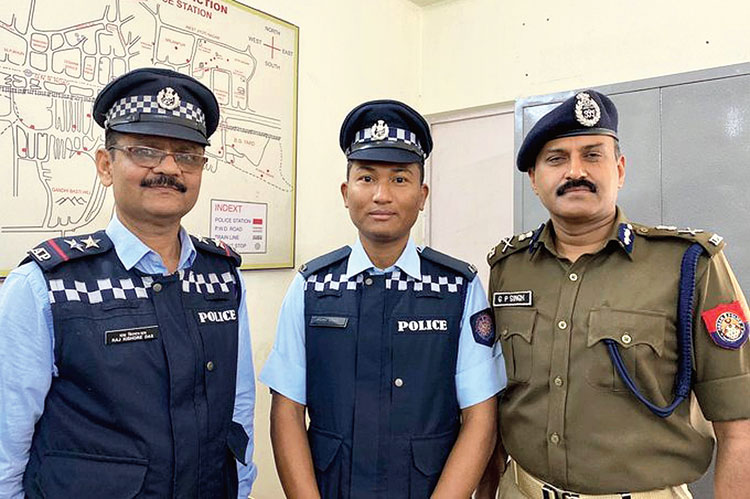 Assam police felicitated traffic police officials who had fined the BJP’s Duliajan legislator Terosh Gowala for a traffic violation, despite the MLA creating a scene.

The additional director-general of police (law and order), Assam, G.P. Singh, appreciated the traffic police personnel and posted a picture with Raj Kishore Das and Bishnu Borah on his Twitter handle. “Complimented the traffic staff of Chandmari PS for exemplary display of duty under trying circumstances. God bless @assampolice.”

The netizens on social media hailed the move of Assam police, but in the evening the tweet had been removed.

Gowala on Tuesday had created a controversy after he allegedly verbally abused a traffic police official who fixed a wheel clamp on his vehicle parked illegally in a “no-parking zone” near the PWD chief engineer’s office at Chandmari here.

The traffic policeman on duty had said Gowala’s SUV was parked in the no-parking area. “After I fixed the wheel clamp, three men, including the legislator, started hurling abuses at me. He said, ‘Don’t you know whose vehicle this is?’” the official said.