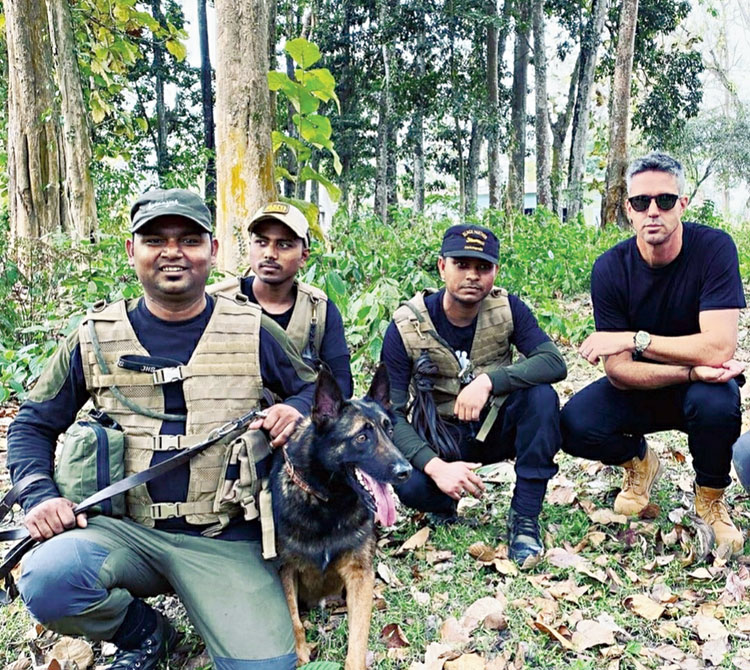 The cricketer and nature lover, who arrived at Kaziranga on Wednesday, has been busy shooting for his documentary on the wild animals of Kaziranga, especially the one-horned rhino.

On Friday, he filmed round-the-clock the anti-poaching services of sniffer dogs at Kaziranga and the activities of the Central Wildlife Rescue Centre (CWRC) at Panbari.

The wildlife activist posted on Instagram: “The DOG is the hero in this image. Vicious, disciplined & impactful. Again, the more I travel, the more I meet the dedicated people of India, who serve the animals. It’s SO inspiring! Animals first, everything else follows. India should be so proud to have such hard working and selfless citizens!” He particularly praised sniffer dog Leon.

Leon was brought to Bokakhat by the NGO Aaranyak a year ago to help the Kaziranga National Park authority. Aaranyak chief executive officer Bibhab Talukdar said Leon had helped the police and park authority to track down a large amount of arms and ammunition kept hidden by poachers at Agaratoli range last year.

He said they had two more dogs at Bagori and Burapahar ranges.

The divisional forest officer of Upper Assam wildlife division Ramesh Chandra Gogoi said Pietersen was so busy shooting that he did not go for an elephant ride on Friday too.

“He visited Panbari reserve forest and Agaratoli range for shooting,” he added.