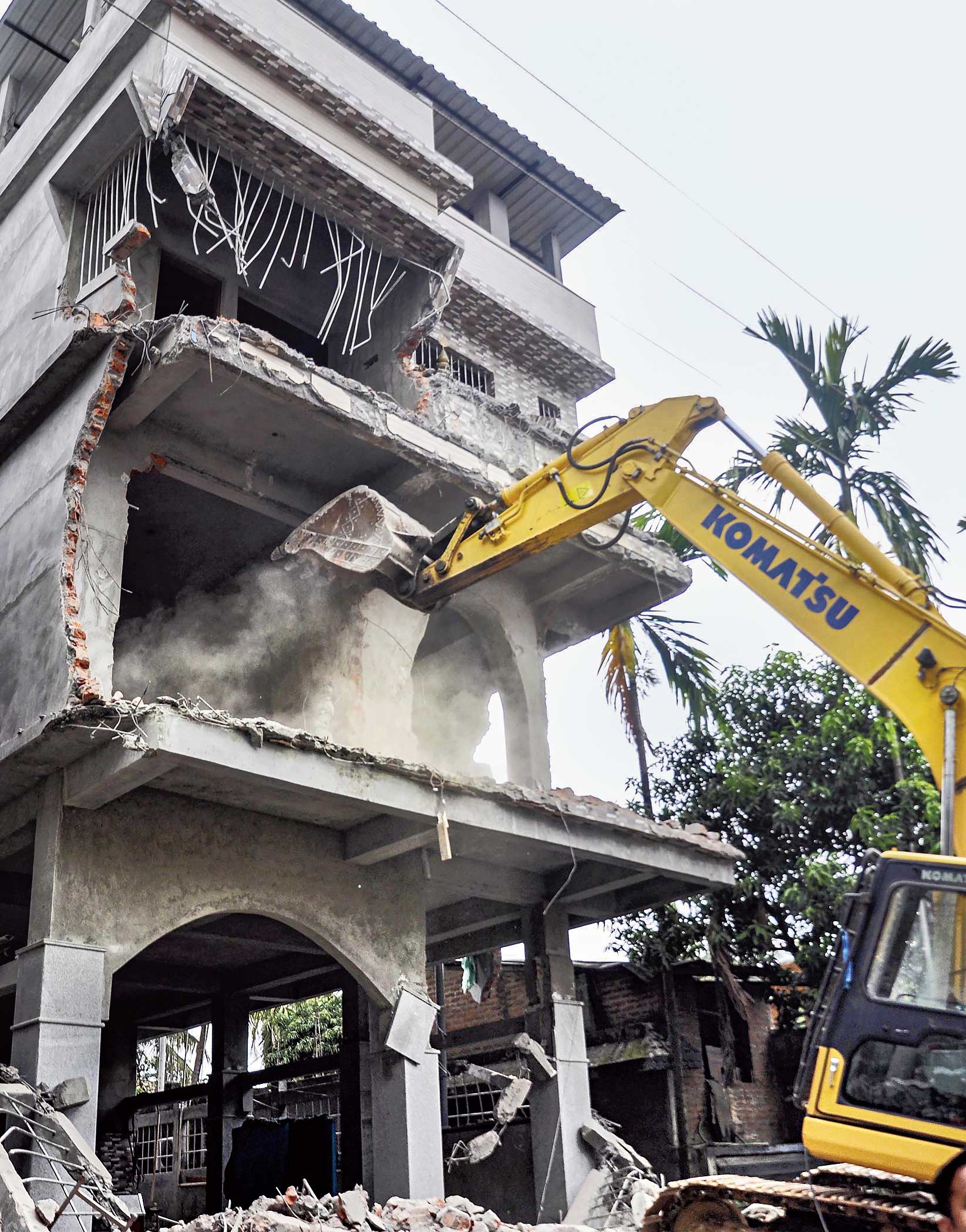 The Guwahati Municipal Corporation demolished the house of RTI Activist Dulal Bora which was said to have been constructed illegally without permission in Rukminigaon.

A source from the GMC said according to directions by Gauhati High Court, Bora’s representatives were supposed to show valid documents related to the property.As his representative failed to provide the documents related to the three-storey house within the deadline, which was in March, the GMC on Wednesday after ascertaining that the house was built without any permission and without following the building bylaws, demolished the building.

Bornali Dutta, (Dulal Bora’s wife) submitted an appeal which was examined and inspection report found that the building was constructed without permission and also beyond the prescribed norms.

Earlier, on March 17, the GMC also demolished another bungalow owned by Bora at Koinadhara in Khanapara which was too allegedly built illegally. Bora was arrested by Hatigaon police for allegedly “blackmailing and extorting” a motor vehicle inspector on December 7, 2019.

A source in Hatigaon police station said Bora was arrested from his house in Khanapara after Niamuddin Ahmed, a motor vehicle inspector in Kamrup district, filed an FIR alleging that the activist was extorting money from him based on RTI findings. He was arrested based on a case under Sections 385/389/384/511 of the IPC. He is currently in judicial custody. He was also arrested in 2014 in connection with a defamation case after he brought corruption charges against then Dispur MLA Akon Bora’s son Manas. He was later released on bail.

A few others, including officials and police personnel, have also accused Bora of blackmailing them based on RTI findings. The activist has been filing RTIs on various issues and FIRs on issues related to the NRC.

However, city-based social organisation, Anti Corruption Youth Power (ACYP), Assam, alleged a conspiracy behind the arrest. In August 2019, Bora had lodged a complaint with the CID against four social activists for alleged “misrepresentation” and collection of funds in the name of NRC.

In a letter to additional director-general of police (CID) L.R. Bishnoi, Dulal alleged that Rehna Sultana, a PhD student from Gauhati University, Sofiqul Islam, another student of the university, Mausami Chetia, a Hague-based PhD researcher, and Ashraful Hussain, a social activist, were engaged in “anti-India activities” and creating “terror” by “misrepresenting” the NRC update process on social media. These allegations are being investigated.