The National Green Tribunal (NGT) has ordered a scientific study of the environmental impact of the proposed dams in Arunachal Pradesh on downstream areas. 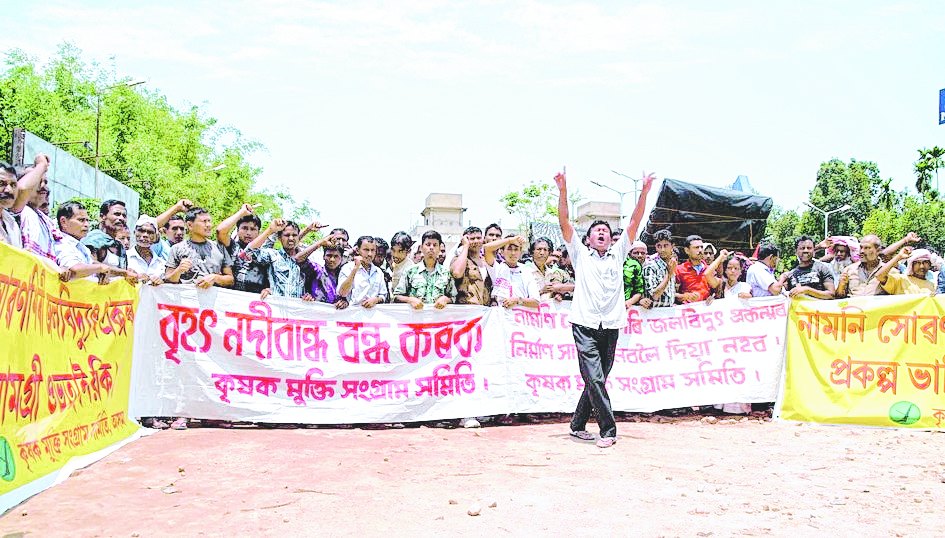 Guwahati, May 11: The National Green Tribunal (NGT) has ordered a scientific study of the environmental impact of the proposed dams in Arunachal Pradesh on downstream areas.

The Calcutta-based eastern zone bench of the tribunal issued notices to the Union ministries of power, environment, forest and climate change, Arunachal Pradesh, Assam and the Brahmaputra Board on May 6, following a petition filed by Pradip Kumar Bhuyan, a senior citizen here, and wildlife photographer Joydip Bhuyan on April 30.

The petition sought the tribunal's intervention to address environmental concerns regarding the impact of 135 dams, proposed to be constructed on rivers in Arunachal Pradesh, in the downstream areas mostly in Assam. A copy of the order was made available to The Telegraph today.

The applicants said 135 hydroelectric projects were in the pipeline for construction in seven major river basins - Dibang, Siang, Lohit, Tawang, Subansiri, Kameng and Tirap - in Arunachal Pradesh. They apprehended that construction of so many projects would disturb the normal flow of rivers and result in serious environmental and climatic changes, which would adversely affect the people living downstream and seriously damage local flora and fauna.

"The projects for generating electricity will be operated by way of storing water from the river in the dams for 20 hours and the entire water will be released through the dams in four hours (peak hour) to generate electricity. This sudden release of a vast amount of water within four hours will have significant downstream impact, including on the people of Assam living in downstream areas," the petition said.

The NGT order directed the respondents to "set up a proposal for scientific study of comprehensive cumulative environmental impact with reference to construction of so many hydro-electric projects in the state of Arunachal Pradesh in terms of their effect on water source, biodiversity and socio-ecology of people in downstream areas."

The bench asked the respondents to submit their replies within six weeks. It also directed them to submit a status report, disclosing the particulars of the hydro-electric projects proposed or approved in Arunachal Pradesh with four-hour peak period and details of the number of the proposed projects.

The directive comes amid the stalemate over the 2,000MW Lower Subansiri hydel project situated on Assam-Arunachal Pradesh border. The work on the project has been stalled since December 2011 following protests. The current estimated cost of the project has gone up to Rs 15,894 crore from Rs 6,285 crore when it was sanctioned in 2003. The Union power ministry has formed a project oversight committee with experts to break the stalemate over the project. Power minister Piyush Goyal said efforts were on to find a solution.

The Krishak Mukti Sangram Samiti, which is opposed to big dams in the Northeast, however, has been demanding scrapping of the project saying it would have an adverse impact in the downstream areas, particularly in Lakhimpur and Dhemaji.