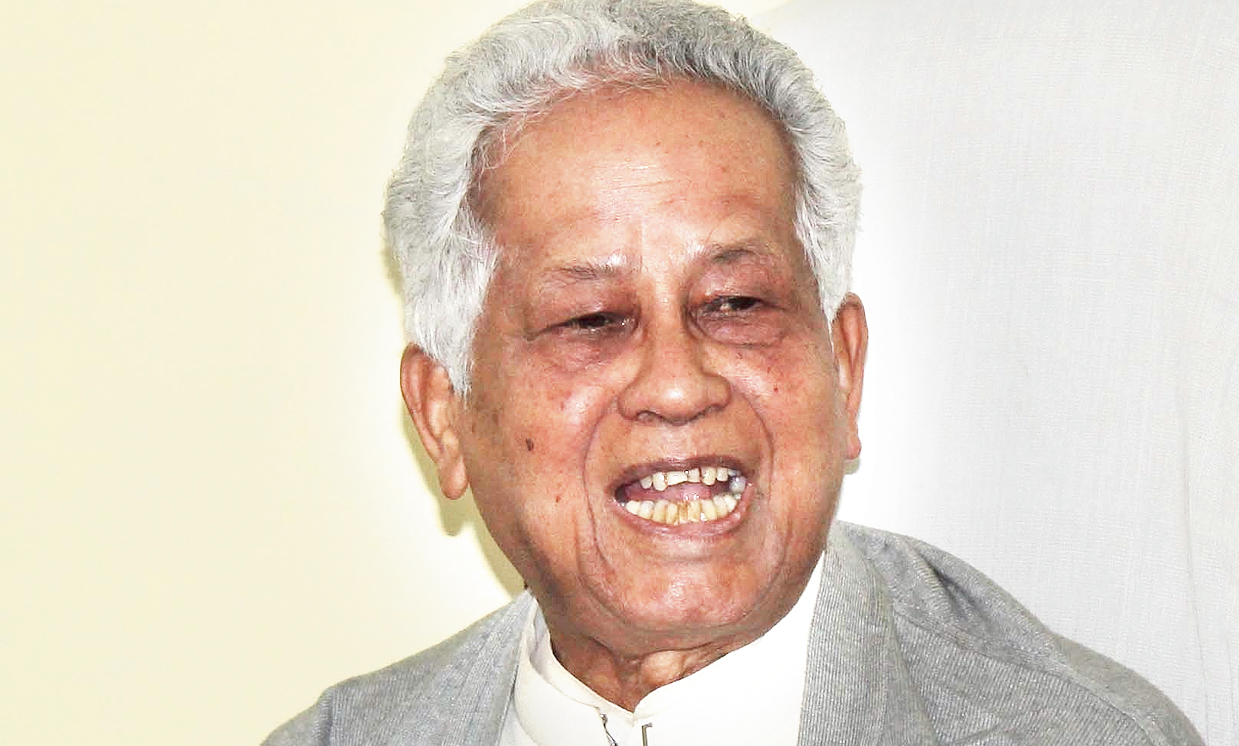 The day also witnessed a group of women protesting in front of the BJP’s state head office here, accusing Sonowal of hoodwinking the people in the name of protecting “jati, mati, bheti”.

“I have never seen such a power hungry chief minister. His concern is his chair, not the people. He is a spineless chief minister,” Gogoi said.

Sonowal had reiterated that his government was committed to safeguard the interests of all local communities on Saturday.

On the previous day, he had been seen clapping at Prime Minister Narendra Modi’s announcement in a meeting in Silchar that he hoped that the bill would be passed in Parliament soon.

“Sonowal talks about safeguarding the indigenous people. How will he do that? By passing the Citizenship (Amendment) Bill 2016? On Friday he clapped at Modi’s announcement. After supporting the bill, whose safeguard he is talking about?” Gogoi asked.

“Now it has been proved that Sonowal is a duplicate jatiyo nayok. He is a puppet chief minister who dances as has been asked to dance,” he said. Assam PCC president Ripun Bora on Sunday said the decision to pass the bill was nothing but a historic injustice to the people of the region, adds our correspondent from Tezpur.

The senior Congress leader addressed a press conference at a circuit house and said the party will stage a series of agitations called Jagaw Assam-Basaw Assam to mobilise the common people against the bill. He added that they would also stage a protest outside Parliament on Monday.

“It is a total dishonour shown to the people of Assam, as despite strong protests from all fronts, the Prime Minister is going to pass it,” he added.

Bora also criticised the AGP and said the regional party of the state was betraying the soul of the 850 martyrs who sacrificed their lives for the self-determination of the people of Assam.