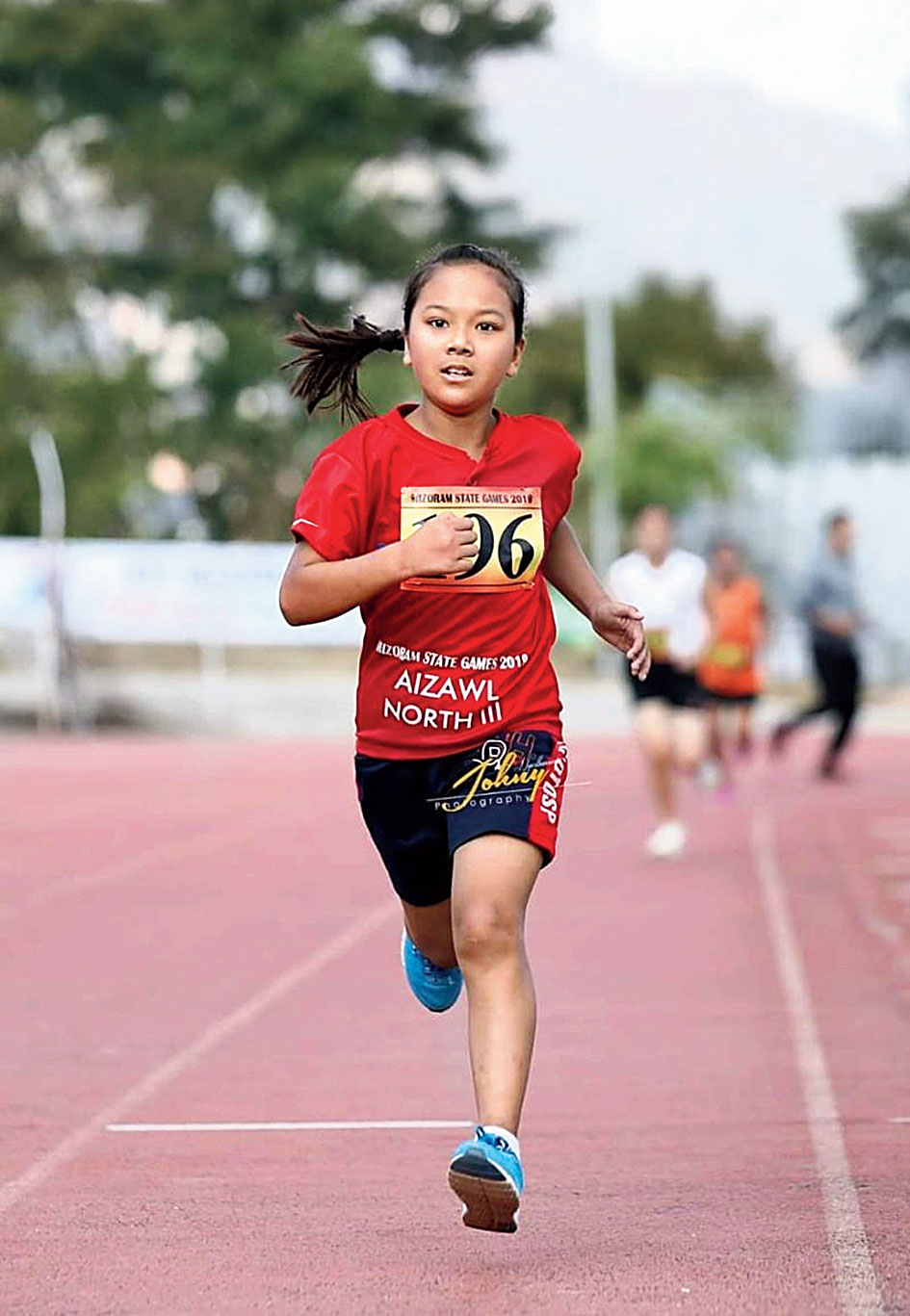 Days after photograph of a young woman breastfeeding her baby in between matches took the Internet by storm, a 10-year old girl from Aizawl on Wednesday set a new record in the Mizoram State Games by winning women’s 5000-metre event.

Mimi Lalthazuali, who represented Aizawl North-III Assembly constituency, was competing with top women athletes of the state in the 5000-metre race which was an open category.

She came second in the competition, beating her adult contenders.

Lalthazuali was trained by her grandfather and has been regularly practising at the Assam Rifles Ground since 2013 when her talent was discovered.

The Class III student of a private school thanked her family, including her grandfather, after winning the silver medal in the State Games.

She said would participate in other racing events for women.

Lalventluangi, a spiker from Tuikum Assembly constituency in Serchhip district of Mizoram, was seen breastfeeding her seven-month-old baby during an interval of a volleyball match at Rajiv Gandhi Stadium on the inaugural day of the State Games on Monday.

Her photograph went viral on social media after sports minister Rober Romawia Royte and social media users shared it on Twitter and other platforms.

Eventually, she and her team won the match. Royte took to Twitter to post the photograph and hailed the woman for her bravery and dedication.

He said the government would give Rs 10,000 to Lalventluangi as a token of appreciation.

The State Games were inaugurated by chief minister Zoramthanga on Monday.

More than 7,447 athletes representing 40 Assembly constituencies are taking part in the five-day event. Competition will be held in 32 sports disciplines in 221 events.

The State Games will conclude on Friday.