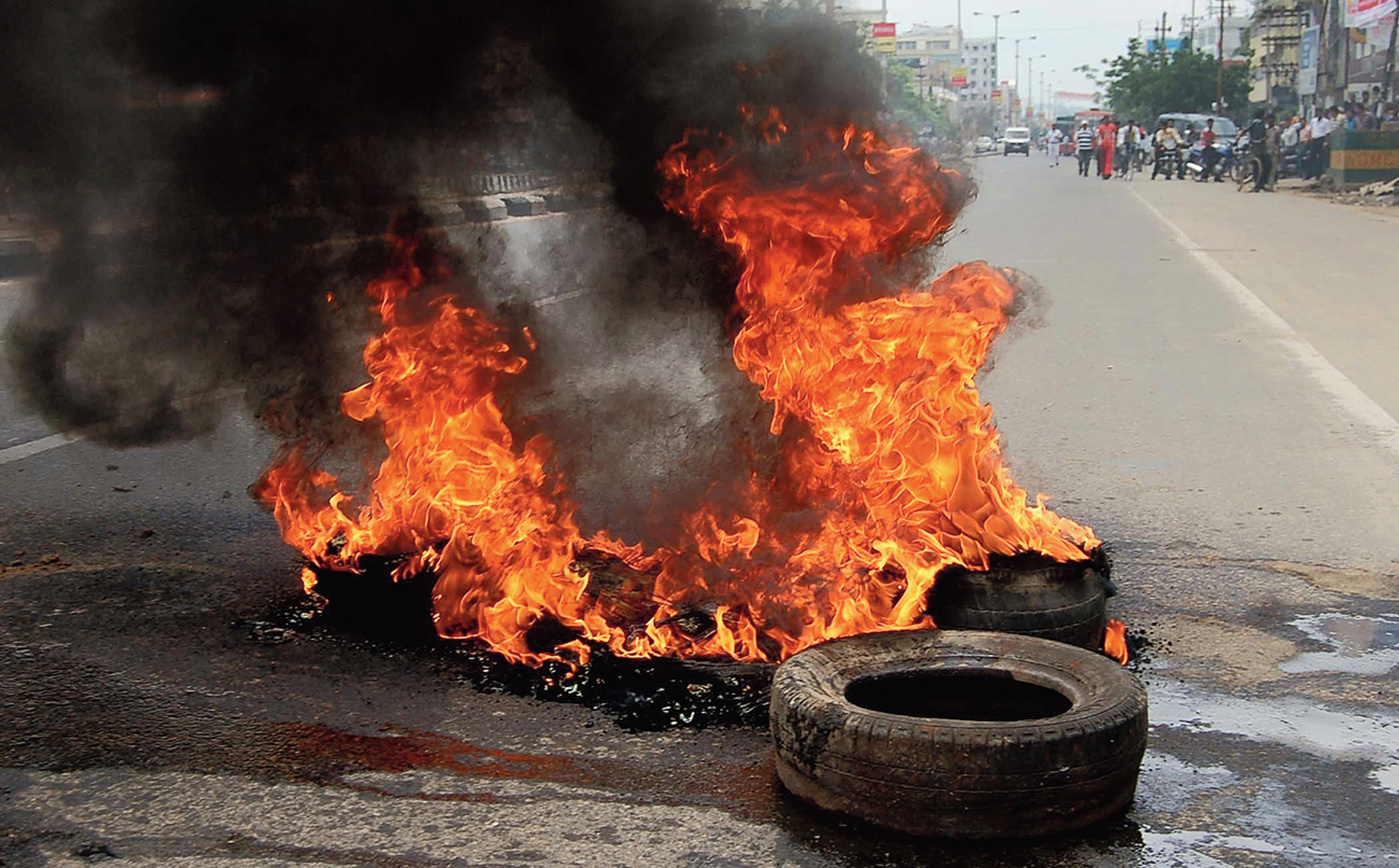 Gauhati High Court has toughened its stand against strikes and road or rail blockades in Assam and directed the police to lodge FIRs against organisations that call and enforce these.

A bench of Justice Ujjal Bhuyan on Tuesday said the Guwahati police commissioner or any of his subordinate officers whom he may authorise, will have to file an FIR at Panbazar police station here within 24 hours of an Assam bandh or statewide blockade. They will also furnish written information to the commissioner and secretary of home and political department within three to seven days of lodging of the FIR with case details.

“Similarly, in case of a district bandh or a bandh covering more than one district or a local bandh or a blockade of either road or rail of similar nature, the jurisdictional superintendent of police shall lodge the first information at the competent police station within 24 hours and inform the commissioner and secretary of home and political department within three to seven days,” the court order said.

“Investigating officers in all such cases shall carry out investigation expeditiously and file chargesheets before the competent criminal court promptly so that the offenders can be tried in a fast-track mode,” it added.

The court asked the Assam Police Accountability Commission to monitor filing of first information and registration of cases and take appropriate action in case of any default or non-seriousness in complying with the court directions.

The commission will also have to submit a monitoring report to the registrar (judicial) of the high court once every three months.

Justice Bhuyan directed the commissioner and secretary of home and political department to file contempt petition(s) against the organisers and the main office-bearers of such organisations calling bandhs/blockades before the high court.

Particulars of criminal cases registered against the organisers shall be furnished within seven days of receiving first information from the police. He made it clear that policemen who default in carrying out court directions will expose themselves to departmental action and contempt of court proceedings.

It directed the home and political department to create a Bandh Loss Compensation Fund within a period of three months from Tuesday to be managed by an authority headed by a retired district and sessions judge. The authority may take assistance of an assessor or a valuer while examining or assessing claim for compensation.

“The quantum of loss recovered shall be deposited in the compensation fund and claims for compensation shall be decided by the authority by evolving its own procedure, which should ensure quick settlement of claims,” the order said.

Kerala High Court in 1997 declared bandhs “illegal and unconstitutional” and the order was later upheld by the Supreme Court.

The Assam government had told the high court in 2015 that it is preparing a draft legislation banning bandhs in the state to be introduced in the state Assembly, but it is yet to fructify.

“It is evident that the state government is in no hurry to enact a law or to bring a legislation to give effect to the law laid down by the Supreme Court,” the high court observed.