Advertisement
Home / North-east / For job and welfare in violence aftermath

For job and welfare in violence aftermath

A hope for justice and aid 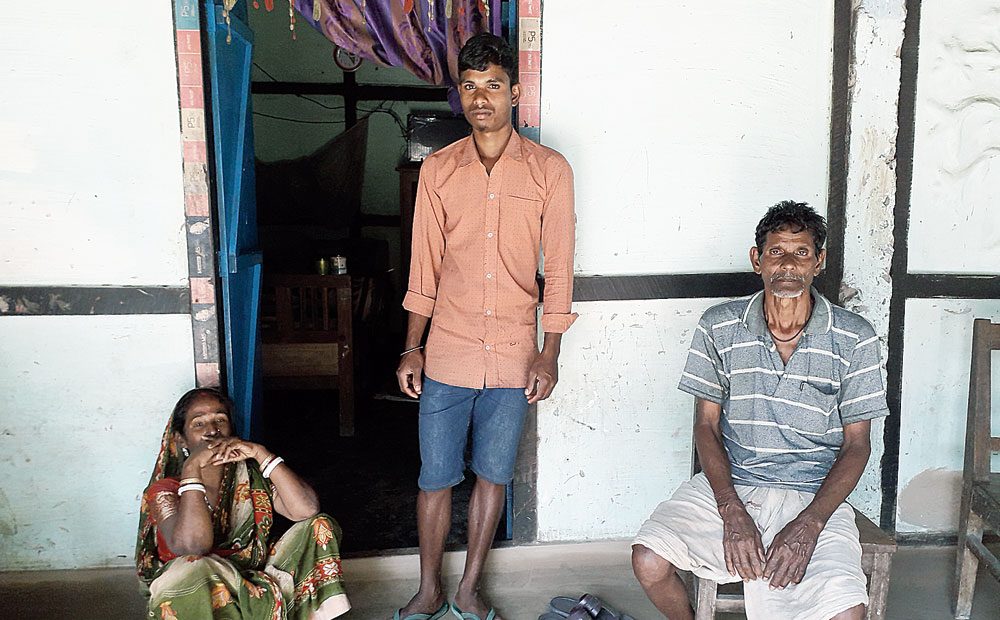 A hope for justice and aid will propel Sushen Biswas to vote in the approaching polls.

Sushen is the younger brother of Ananta and Abhinash Biswas and the nephew of Shyamlal Biswas, who were among the five killed last November in their village here.

Five persons were shot dead by unidentified gunmen, suspected to be Ulfa members, after whisking them away to a short distance from their homes on November 1.

Sushen and others are still waiting for jobs and development of his village as promised by the state government.

All that the 20-year-old school dropout from this village, just a few kilometres from Dr Bhupen Hazarika Setu in Upper Assam’s Tinsukia district, wants, is what peers of his age elsewhere seek.

However, at Bishonimukh Kherbari, remote, secluded and overshadowed by the bridge’s expanse, Sushen’s voice is still waited to be heard by any political candidate.

The village falls under Lakhimpur parliamentary constituency, currently held by BJP’s Pradan Baruah, who is being challenged by the Congress’s Anil Borgohain, among others.

There are 14 Lok Sabha seats in Assam.

Having exercised his franchise in the local panchayat elections, which were held in December, the Lok Sabha elections will be his biggest democratic exercise so far.

As a first-time voter in electing his lawmaker, Sushen has his hopes pinned on the current incumbent government.

The death of his brothers still haunts him.

His family is still waiting for the jobs that the state government had promised them.

According to them, a permanent job will not remove the trauma of losing their loved ones but will give some iota of financial security, a narrow closure.

Sushen, the fourth son of Mohanlal Biswas, dropped out of school when he was in class V.

Since then, he has been toiling in his father’s fields, helping the septuagenarian in farming and selling the agricultural produce on a daily basis. He feels the “Modi Sarkar” would be able to deliver, though justice for his family is the top priority among the young man’s expectations.

“The government should find the killers. I want a permanent camp of the army or any other paramilitary force for a sense of security and to curb the fear that constantly surrounds us. Let the current government continue,” he said.

His father, Mohanlal Biswas, also believes that his vote will go to the present government.

“We want peace, security, justice, and development,” he said.

According to the families of the victims, few politicians had bothered to visit them.

Only local MLA Bulin Chetia visited the village and addressed a meeting recently.

“We are happy with the BJP and I am happy that my fourth son will cast his vote for the first time in a parliamentary election. Whoever comes to power, the elected representative should ensure as a top priority that the killers of my two sons are found and we get justice. It is over five months since the incident happened and we are told that the National Investigating Agency (NIA) is looking after the case. But we are still in the dark regarding any information and development regarding the investigation,” said Sushen’s mother, Shyamala.

Bishonimukh Kherbari falls under Assam’s Lakhimpur constituency, which goes to the polls in the first phase on April 11.